On August 25, Toshiba America Medical Systems announced that its MR systems have received approval to operate (ATO) from the US Air Force. According to Toshiba, this makes it the only manufacturer so far to have fully certified MR systems for use on the Air Force network.

To attain ATO status, systems must comply with the Air Force and Defense Health Agency’s guidelines for ensuring the protection of patient health information and for guarding against malware and other exploits. To meet the requirements, Toshiba says, it enhanced its MR platform to include Microsoft Windows 7 and application whitelisting software to identify and thwart viruses and other threats.

“Toshiba understands its customers’ business and makes data security one of its highest priorities,” said Toshiba’s MR business unit director, Beverly Plost. “This approval is proof that when a customer partners with Toshiba, they are getting the same protection and security expected by our nation’s armed forces.” 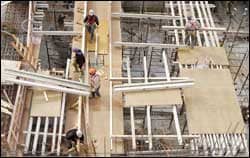