A national biomed society is on its way to becoming a reality.

As some of you read the title of this article, I am sure you looked around your office or department and thought to yourself, “Yeah, I’ll get organized when I retire—no time now." I am not writing about that kind of organizing, though. For the last 2 years, biomeds have been exploring the formation of a comprehensive biomedical organization.

The purpose of such a group would be to create an entity that would serve to forward what we know as the biomedical profession. The membership would be made up of the professionals who support and service medical equipment. I hope to give you a better understanding of what is being done to meet that goal. At the end of the article there are names and email addresses of people who can answer your questions and tell you how you can get involved. I urge you to do so. Even if your time limits you to being a member only, your involvement and votes on issues will have big impacts.

Sometimes at the end of a big project do you ever think back to when it started and wonder how did it get started, when did it really get started, or even why it got started?

This year will mark the 10th anniversary of the Virginia Biomedical Association. I was one of the founders of the association, and I was asked to try to put my memories of those days 10 years ago on paper. It was not an easy task. In asking me to write this article, 24×7 has not only given us an opportunity to reach out to many with the information of a national organization, but it will also provide a written history. That way, 10 years from now, when the national organization is having its 10th anniversary, I will not have to do any remembering. I am sure I will have no hope whatsoever of remembering this when I am THAT old.

Why is there a drive to start a national (or worldwide) organization? That is the easiest question to answer. There has been a growing need for quite some time to have a consistent body of knowledge/education, comprehensive data repositories, and some kind of name recognition—in other words, a verified profession. Although there have been local successes, there is still a lot of frustration at the lack of administrative understanding, rules created by those that do not practice this profession, and that blank stare that accompanies “bio what?" It is natural for those with similar interests to congregate to shape their own future based on their experience and expertise.

When did this organizational drive get started? That could be looked at as “when did medical equipment service get started?"—a question that has set off some colorful debates. Some would argue that it goes all the way back to when humans began to heal their sick instead of just watching them die. Tools, of course, came into being soon after that and so did those who had to heal (and invent the tools). Now some would say Ralph, our patron saint, really started the ball rolling with questions of safety, however bad the misinformation was. Whatever your viewpoint is as to when we actually started as a profession, organizing as a profession has been a much newer concept. There have been various entities in the last 25 years that have facilitated the sharing of information and networking but not a professional entity that gave us the power to create our own future. The time has come.

How did this newest initiative get started? As part of a presentation done in June 2002, a simple survey was conducted to see what some of the basic needs were within the profession and the level of interest in doing something about those needs. By the fall of 2002, a group of nine people began having conference calls to brainstorm about what kind of entity could help support the positive, consistent growth of the clinical technology support profession. Education and information were recurring themes. A simple mission statement was created to describe a group that would be a resource for all those who support/service/manage medical equipment:

“The mission of the Medical Equipment Support/Management Resource Center is to establish, maintain, and expand resources for the medical equipment support/management community."

As the calls continued throughout the early spring, the group found that, in addition to the data and resource needs, a mission of advocacy was also needed. To guide our profession and its standards, we need to pool our experience, expertise, and energy into one voice that speaks to health care professionals and to those outside of health care. There needs to be a vehicle to coalesce the work already being done by many in the field. The impact of some successful endeavors to improve this profession has been diminished to varying degrees because it was localized. Strides to improve our profession have to be based on accepted practices from the largest collective possible.

Another outcome of the calls was the development and execution of a small marketing campaign. A slogan contest was begun on the BiomedTalk Listserv. There were more than 185 entries and a lot of enthusiasm. “BMETs: Servicing Technology for Life" by Roger Bowles was the majority choice from more than 400 votes. The slogan was printed on T-shirts with the help of Manny Roman of DITEC. Throughout the contest we saw so much pride and passion from those who are in the biomedical field. What we saw dispelled the myth that the profession was rife with apathy. I think that has also been increasingly apparent in the 5-year growth of BiomedTalk, which has more than 2,200 biomedical professional members actively seeking and giving technical information (and opinions!).

The T-shirts were available in June at the Association for the Advancement of Medical Instrumentation meeting and are now available online. Information about forming a national biomed organization was also available at that meeting. As a result of that meeting and posts to BiomedTalk, many volunteers are moving the idea toward reality.

An organizational board and six work groups were formed this summer. Conference calls began in August. The group members (all volunteers) are working on the usual laundry list of starting an organization: structure, bylaws, etc. They have also begun to work on methods for developing data repositories, marketing campaigns, and communication tools. The to-do list is extensive but so is the energy level of these volunteers. I have never been involved in a group that had such a phenomenal percentage of participation.

It will take more than that for this organization to drive the future of this profession. It will take all of you who read this to get involved, be a member, and make a difference in your profession. 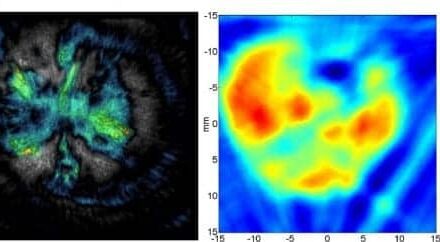