Preventive Maintenance and the Electrosurgical Unit

Before we dive into this subject, let’s discuss how electrosurgical units (ESUs) were originally field-tested. In truth, much of the field testing relied on the experience of the testers—with test “cuts” being made into a piece of meat or a fruit peel. With this model, individual judgment determined acceptability.

Another method involved connecting a series of light bulbs to the generator’s output port, with the resulting illumination used to determine functionality. (Note: Undeveloped countries still often resort to these methods as test equipment is unfortunately rare). 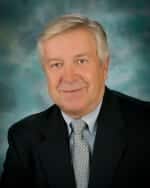 More advanced techniques involved up to a dozen or so 250 watt, 1%-tolerance, low-inductance resistors, along with a current transformer, a true root mean square (RMS) voltmeter, and associated cables. The resistor was connected in series with the active and dispersive electrodes, with lead passing through the current transformer. Ohm’s Law then calculated power.

With this method, it could take up to two hours to perform a complete preventative maintenance (PM) check on the sophisticated ESU generators in use today. Even a fairly simple and common generator with two monopolar ports, a bipolar port, high-frequency leakage measurements, and return plate monitor verification consumes an hour. The safety of HTM professionals is also a concern with this method, since it’s all too easy to brush against an electrical connection and become part of the test circuit. In fact, for a generation of biomeds, the resulting burn was actually considered somewhat of a badge of honor

Data was manually captured and transcribed onto a sticker or a test report—something that often lead to transposition or misinterpretation errors.

A Move Toward Automation

Older ESU analyzers are common in many biomed shops. Although biomeds are often very comfortable with these workhorses, they’re moving toward obsolesce. Such equipment may be reliable and pass annual calibrations, but some of the analyzers are becoming uneconomical to repair. And more will follow. These analyzers typically meet the PM requirements of older generators.

Often, though, they don’t have the current rating to verify all test requirements of newer generators. They also don’t have the capability to measure high-frequency leakage currents and aren’t fast enough to capture pulsed currents. This, then, forces a decision if a partial PM is acceptable, along with the associated risks.

The trend is to have an all-inclusive analyzer that entirely meets the PM requirements of the newer generators populating today’s surgical suites. Still, there are different levels of automation available from the test equipment suppliers. Some have internal memory to capture the measured test results while others automatically energize the generator.

Common to all generators, the basic steps of a PM include:

Understand that variations among manufacturers exist in regards to power or effect settings, resistance values, acceptability tolerance, and whether the power or current is the primary qualifier on pass/fail. Also, running power curves on an analyzer can also be done, and the results can be compared to the plotted curves provided within the generator’s service and/or operators’ manual. Note that these are not part of the typical PM process or pass/fail criteria.

“Resistance” is the common term used, but we are really interested in the impedance of the circuit. Remember: Resistance measured at the direct current can be very different than what the generator sees at typical generator operating frequencies. After all, inductance and capacitance in the test circuit and within the analyzer can adversely impact test results—which is why low-inductance power resistors are always specified. Here’s another tip: Try to form a coil with your test leads—a resulting change in current can be seen due to inductance.

Both inductance and capacitance impact can be demonstrated during a high-frequency (HF) leakage current test. So, form a coil with the test lead and then lay that coil on your generator or analyzer. Chances are that a leakage current that was previously within acceptable tolerances now exceeds the 150mA specified by the International Electrotechnical Commission 60601-2-2 standard.

Still, a manufacturer can specify a lower limit than the 150mA specification. This also can materialize if individual power resistors are used and tests are conducted on an electrostatic discharge mat, which adds capacitance.

Furthermore, an inaccurate load bank can result in an inaccurate current measurement, leading to unnecessary calibration and then an inaccurate generator. The aforementioned generator consisting of two monopolar ports and a bipolar port now will take less than 30 minutes for a complete PM—a time reduction of 50%.

Working Toward an AEM Strategy

While alternative equipment maintenance (AEM) programs mostly revolve around test frequencies, the same strategy can be applied to test procedures. Consider this: The typical manufacturer’s PM has duplicated tests on different output ports and waveforms (e.g., pure cut, blend, etc). In reality, there is only one radiofrequency generator in the ESU, and that energy is directed to the selected output port.

Keep in mind that auditing agencies allow for procedures to be fine-tuned as long as the statistical data supports the revised procedure. Having an analyzer that captures test data provides the basis for this reduction in test time, with the captured data indicating minimal changes in current or power from port to port (e.g., monopolar port one versus port two).

Therefore, a shortened test process can be justified by gaining data history from numerous PMs. And the shortened process would allow for a few tests on each port, rather than every test on every port. All defined power levels are tested—just not duplicated on each port.

For example, one common generator specifies a bipolar test at three different power levels and at three different waveform settings, resulting in nine separate tests. With statistical data driving change, this could be reduced to three tests. Combine this with monopolar tests, and a real reduction in test time can be realized.

Along with the above benefit of data management, data traceability should not be neglected. Having test data associated with a readily available, specific asset number eases an audit. It can also be quite beneficial if ever an incident occurs.

Furthermore, the data file provides traceability of each test, as well as a history for decisions to be made relating to the PM process. Short-term and long-term, the end result is a time-savings, with a positive impact on the biomed team’s available bandwidth. 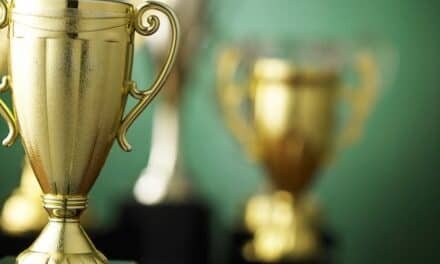 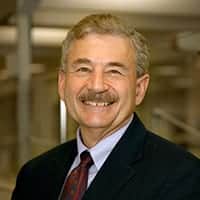