Float Your SPI and Go Fishing! 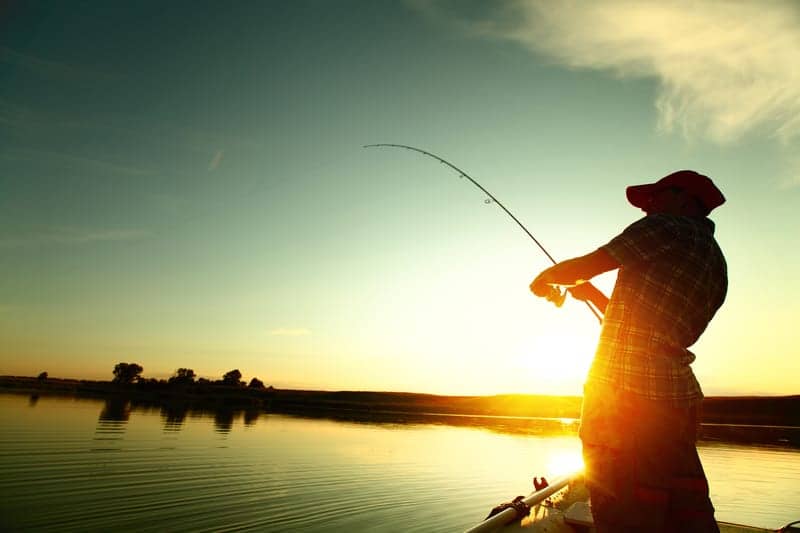 Those who have attended a presentation of mine know that I like to fish. This article, however, is not about a new fishing lure called “floating spinning and pirouetting inducer,” but a way to satisfy the recent Centers for Medicare & Medicaid Services (CMS) mandate that all medical equipment, including devices classified as “non-critical” in the alternate equipment management (AEM) program, must have a 100% scheduled maintenance (SM) completion rate.

As you may recall, I wrote an article in the April edition of 24×7 Magazine titled Perfect Attendance’ or Honest Safety Improvement?

In that article, I examined the rationale behind SM and explained why preventive maintenance (PM)—the SM that involves parts replacement and lubrication—should not be missed or have its schedule changed without solid evidence, whereas safety and performance inspection (SPI)—the SM that consists of inspections and testing—is more likely to be amenable to AEM frequency changes.

I also argued for honesty in documenting missed SMs and seeking help from our supervisors and clinical colleagues to address the challenge of “cannot locate” (CNL) and “in patient use” (IPU). While many readers agreed with my point of view, some still wanted to find a way to be both honest and compliant with CMS and accreditation standards. So, let’s see how we can keep everyone happy.

One way would be to use the AEM to change—decrease—SM frequency. The Joint Commission’s director of engineering, George Mills, demonstrated this at the 2017 AAMI Conference using me as his “one-arm bandit” SM workload. Instead of following the manufacturer’s recommendation of annual SM, he changed the SM interval to two years (presumably based on solid evidence). In the first year, most SMs were completed. The missed SMs would then be automatically deferred to the next year.

Since the SM interval has been extended to two years, the deferred SM would still be considered on-time if it’s completed in the second year. This approach will certainly help in achieving the 100% completion rate.  However, some hospital safety committee members may be concerned about such a significant change in frequency, especially if there is little evidence to support it.

Using a less aggressive extension—18 months instead of 24 months, for instance—could risk non-compliance if an SM is missed for more than six months and would not help in reducing the workload if manpower shortage was the root cause.

Instead of expanding the SM interval, a different approach would be to “float” the SM. This is accomplished by stating that the next SM is due within a fixed amount of time from the last SM, regardless of when the latter was performed. After all, there is no special reason why a certain SM has to be performed in January or April or November. The semi-annual or annual schedule only specifies that the interval should be six or 12 months, respectively.

Another way to understand the floating SM is to remember that each SM “resets the clock” for the next one.

In theory, this approach is defensible for both PM and SPI, but I think it is more efficient for SPI. This is because SPI has to be performed not only in an SM—either alone or after a PM—but also after each repair that affects the safety or effectiveness of the medical equipment. Occasionally, SPI is also performed as part of an incident or close-call investigation.

Since every piece of equipment typically requires one (well, approximately 0.75[1]) repair per year on average, roughly two SPIs are performed annually for equipment that has an annual SPI schedule. If each SPI allows the next one to be pushed back for a year, the next scheduled SPI may be totally unnecessary.

To differentiate a scheduled SPI from an SPI performed after a PM or repair, let’s call the former “SSPI” and the latter “PSPI” (for post-service SPI), even though the same inspections are performed in both cases. This distinction is only needed for didactic reasons.

Using the floating SPI strategy, the next SSPI is now due in July 2018—a gain of six months. Therefore, by adopting the floating SPI strategy, it’s possible to reduce the amount of SPIs by up to 50%, on average, for equipment that typically requires one repair per year. The reduction would be even greater if there is more than one repair per year.

Skeptics could argue that the total number of SPIs did not actually decrease when PSPIs were included—only the number of SSPIs did. While this is technically correct, the reduction of SSPIs has an important impact on workload—without sacrificing patient safety—because it often takes time to find the equipment for SSPI and a work order has to be generated and completed. On the other hand, PSPI does not require the equipment to be found and is documented as part of the repair or PM work order.

Unlike repairs, PMs do not help to reduce SSPIs when adopting the floating strategy if the PMs and SSPIs have the same frequency. This is because the wearable parts have to be replaced at the scheduled intervals regardless of how many PSPIs were performed since the last SSPI; furthermore, a PSPI is required after each PM since PMs often affect equipment safety and performance. The only exception? If the wearable parts had to be replaced in a prior repair. In this case, the next PM (and SSPI) can be justifiably postponed.

On the other hand, if the PM interval is greater than the SSPI interval—for instance, sieve bed replacement in some oxygen concentrators is only recommended every 10 years—the PM could help push back the SSPI if these two SM activities became asynchronous with each other and the former is performed before the latter is due.

In practice, it’s possible that SSPIs are almost redundant for equipment requiring frequent repairs. Incidentally, this was the justification Robert Stiefel successfully gave The Joint Commission surveyors when the Johns Hopkins University Hospital decided not to schedule SMs for infusion pumps (i.e., adopt the “run-to-failure” approach).

It’s the same strategy Elliot Sloane and I adopted while at the rental company MEDIQ/PRN. Our method: After proper disinfection, an SPI had to be performed after each piece of equipment was returned—a process called “pre-delivery inspection”2—since not every rental customer told us whether the equipment malfunctioned.

I don’t know who actually first conceived the floating SPI concept but to the best of my knowledge, it has been used for several decades.  Robert Stiefel had adopted it at the University of Rochester’s Strong Memorial Hospital around 1967-68, while Emanuel Furst used it at Arizona Medical Center (now the University of Arizona Medical Center) in the early 1970s. (ECRI’s original computerized maintenance management system, or CMMS, dubbed “HECS,” had this feature built in.

Moreover, since no change in SM frequency is required for implementing floating SPI, this strategy can also be applied to the equipment that CMS requires to be performed per manufacturers’ recommendations. Plus, hospital safety committee members aren’t likely to have significant concerns about floating SPI once they’re properly educated about it.

It’s important to note that floating SPI cannot solve all the challenges of 100% SPI completion. First, some equipment is not used often and, therefore, does not require frequent repairs. Take a defibrillator, for instance. These devices must be inspected and tested to ensure they are ready for use whenever they’re needed in patient wards—but they’re seldom used and, thus, rarely need repairs. So, most defibrillators will need to have SSPIs performed as scheduled and could benefit from an extension of their SPI interval as George Mills suggested.

Furthermore, those interested in adopting the floating SPI approach should verify their CMMS’ ability to implement it. Although it’s not a significant programming challenge, without this feature the BMET staff would have trouble accurately tracking the due dates. I believe this is why the concept didn’t catch on in the ’70s and ’80s, when CMMS were uncommon and most unable to accommodate floating SPI.

Some HTM professionals may not like floating SPI because they think it will make their equipment sweeps more challenging. But this is not necessarily true as this strategy allows them to move up the SPIs to whenever they want, including to coincide with their equipment sweeps. Still, they must be aware that some pieces of equipment may have different—particularly earlier—due dates than the rest of equipment in the same physical area.

Possible solutions include marking the equipment with special tags and making the sweeps in intervals shorter than the 12 months called for by annual SPIs. Modular monitoring units and infusion systems—which are frequently moved throughout the hospital—could be particularly challenging to locate, although real-time location systems offer promise if the hospital invested in them.

Finally, the floating SPI may mess up the workload distribution plan. Ideally, one would like to match the SM workload with available labor. Floating SPI makes work schedules less predictable and, thus, could increase the SM workload in some months significantly above the available labor. Even so, this problem is likely to be less significant because of the workload reduction provided by the floating SPI strategy—especially when the inventory is large enough to allow for natural compensation due to the randomness of repairs.

One solution for uneven workload distribution is to look ahead every two to three months to see if it’s worthwhile to move up some SPI work. Another solution is to expand the SM or SPI interval using the AEM. In this case, it’s likely that the expansion does not have to be drastic; an increase of 25% to 50% should be more than enough.

CE/HTM professionals concerned about complying with the 100% SM completion rate should discuss the possibility of implementing floating SPI with their respective teams and perhaps test the strategy in a limited portion of their inventory before adopting it for their entire inventory. Hopefully, floating SPI will not only help you comply with the new CMS mandate, but also let you find time to go out and catch some nice fish.

Binseng Wang, ScD, CCE, fAIMBE, fACCE, is director, quality and regulatory affairs with WRP32 Management, Inc. The views expressed in this article are solely those of the author. For more information, contact chief editor Keri Forsythe-Stephens at kstephens@medqor.com.

*Acknowledgement: The author appreciates the valuable feedback provided by Bob Stiefel, Manny Furst, and Elliot Sloane, as well as their prior work in developing floating SPI. Tim Ritter and Jonathan Gaev also helped to research the origin of this approach.*

Lessons from Abroad for US Biomeds 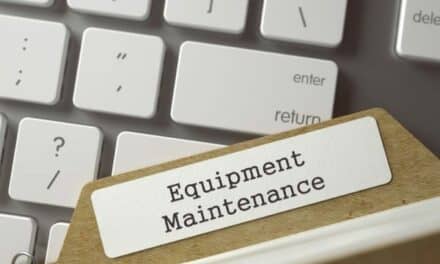 Is It ‘Maintenance’ If It Serves No Purpose? 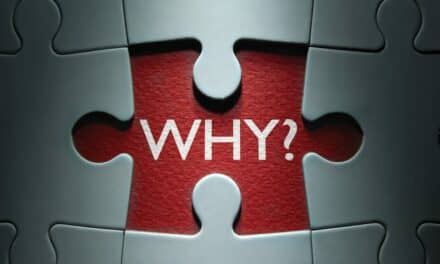 Remembering Our ‘Why’: Lessons in Patient Care