Continuous Electronic Monitoring Could Save Thousands of Lives, AAMI Reports 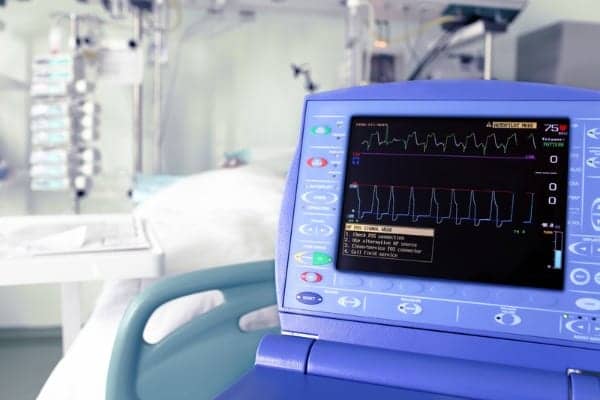 A new Frost & Sullivan study published in Critical Care Medicine (and reported by the Association for the Advancement of Medical Instrumentation) says that the use of contact-free continuous monitoring (CFCM) could save hospitals $19,940 per bed per year. Such a sum would save the US health care system roughly $15 billion a year and lead to 200,000 fewer deaths a year.

In the EarlySense-sponsored report, Finding Top-Line Opportunities in a Bottom-Line Healthcare Market, these cost savings were attributed to improvements in clinical outcomes published by hospitals implementing the EarlySense CFCM system. This system measures vital signs using a sensor placed near the patient, (i.e., under a bed mattress) rather than sensors that touch the patient’s body.

“Our findings indicate there are approximately 750,000 currently unmonitored medical/surgical beds in the U.S., and that the economic potential of adopting CFCM is a game-changer in terms of changing patient outcomes, shortening hospital stays, and improving economics,” says Frost & Sullivan consulting director Charlie Whelan.

The implementation of continuous electronic monitoring has mainly been focused on medical-surgical floors because these patients are usually receiving opioids to control their pain. An unintended side effect of opioids is that they affect the part of the brain that controls breathing and can lead to respiratory depression and cardiac arrest. According to a recent study in PLoS One, patients receiving opioid medications are nearly twice as likely to suffer from an in-hospital cardiac arrest as those not prescribed opioids. For those receiving an opioid and a sedative, this risk increased to nearly 3.5 times.

Lead author Frank J. Overdyk, MSEE, MD, an anesthesiologist for the Roper St. Francis Health System in Charleston, SC, said current best practice in most health care delivery organizations is a spot check of vital signs every four hours, which he described as “room-service monitoring” during the annual Dwight E. Harken Memorial Lecture at the Association for the Advancement of Medical Instrumentation’s (AAMI’s) 2016 Conference & Expo.

To illustrate the dangers of such an approach, Overdyk shared photos and stories during his presentation of several patients who died in their hospital beds while being treated with opioids. All of these patients had entered the hospital for seemingly routine procedures. “We don’t have a failure to rescue,” Overdyk told AAMI 2016 attendees. “We have a failure to recognize.”

To combat this trend, Overdyk advocates for the continuous electronic monitoring of all patients receiving opioids. Based on his research, vital signs such as respiratory rate are strong predictors of patient decline. After all, he told conference attendees: “Physiology doesn’t lie.”