Healthcare-Associated Infections: Could We Be Part of the Solution?

Do We Have a Problem?

In a January 2013 24×7 article, I proposed a campaign to have our biomed departments and vendor service providers become front-line defenders for infection control. My article—which looked at superbugs, DNA, and infection control—discussed how hospital design evolved from the 20th century to the 21st century. In the 20th century, for instance, 80% of rooms were semiprivate while 20% were private. Contrast this with today where all rooms are private, although hospitals are able to treat the same number of patients by constructing new bed towers. 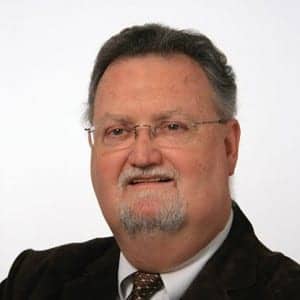 This modernization process keeps the patient census and license bed count the same, but it doubles the size of the facility; the distance nurses must walk every day; the number of clean supply, medication, and nutrition rooms; and the total surfaces to keep clean. Such a transition may be linked to the growing problem of hospital-based infections and patients who require isolation rooms.

In the last eight years, molecular biology has had a major effect on incoming patient screening. Now, most hospital labs have a benchtop analyzer with DNA probe testing methods for one-hour identification of MRSA, vancomycin-resistant enterococci, C-Diff, and a host of other powerful and resistant bacteria.

Because of this early and easy screening, as many as one-third of the rooms on many med/surg floors now have personal protection equipment (PPE) or isolation carts parked in the hallways, hanging from the doors, or screwed to the wall next to the hand disinfectant. The pharmacology of new and improved antibiotics and the DNA identification of new and improved bugs have made contact isolation rampant in healthcare.

In fact, the CDC has now started using the term “Post Antibiotic Era” when discussing the future of medicine. This is in response to the growing number of “superbugs,” such as a bacteria strain of Klebsiella pneumonia, with the common name of CRE. Even the best antibiotics currently available have little to no effectiveness with CRE-related bugs.

Since new strains of bacteria require new technologies to maintain patient-care equipment, hospitals are training staff how to prevent contracting bugs themselves and/or transferring them to other patients. Environmental services, central supply, and biomedical engineering staff are developing the procedures to care for all the rooms and equipment that patients and staff are exposed to in today’s high-tech healthcare environment.

Furthermore, infection control departments are providing staff training to control the spread of these hospital-based infections. They are champions for patients having their own vital signs monitors and other devices, rather than having to move the units from room to room. While it makes sense to limit cross-contamination, this protocol increases the cost of equipment and the number of items that biomeds must maintain.

Although infusion pumps are cleaned between patients to minimize cross-contamination, the same is not always true for vital signs monitors, portable x-ray machines, electrocardiogram?carts, ultrasound machines, portable endoscopy systems, and phlebotomy carts. These devices move from patient to patient many times a day—much more than infusion pumps, which are assigned to single patients.

Then there’s bacteria that moves from hospital to hospital. If a patient in a nursing home is rushed to the hospital, the ambulance, patient stretcher, and EMT staff all become new modes of transport from the existing facility to new facilities. And it may take hours before clinicians discover that the patient is infected with a superbug.

How Are We Addressing the Problem?

In the biomed service performance, we need to consider every piece of equipment as contaminated. There are cleaners, disinfectants, UV-C lights, and other methods to pretreat and handle equipment that cannot be used on patients. We should have our own “soiled/decontamination” ante rooms for our work areas, as central sterile processing handles contaminated surgical instruments. After all, if a contaminated item reaches our workbench, it becomes an agent for more contamination.

We do not want to work in a contaminated area or be forced to wear PPE at our workbench. We also don’t want to take superbugs home to our families. If we don’t practice the same handling methods that central sterile processing has developed, we become part of the problem of low-tech equipment causing high-tech infections throughout the facility.

As we evaluate the new high-technology, high-cost medical equipment, we can’t forget that the low-technology items that we already have can become problems that must be addressed in our service support and maintenance functions. Otherwise, they will become high-cost items, too.

New Examples in the Oddest Places

In October 2016, the Centers for Disease Control and Prevention (CDC) and the FDA issued a strong statement concerning the Sorin Stockert 3T heater-cooler system. The FDA estimated that “of the more than 250,000 heart bypass surgical procedures, 60% use the Sorin Stockert 3T in conjunction with the bypass pump to regulate patient temperature.” This was stage 2 following the FDA’s 2015 warning letter to hospitals about the Sorin 3T, linking it to nontuberculous mycobacterial (NTM) infections. The CDC issued a similar warning to physicians.

This device has been associated with serious NTM infections following open heart surgery for several years, but without an established cause-and-effect relationship. According to the CDC, the risk of contracting an infection is “between about 1 in 100 and 1 in 1,000.” They also state that this infection carries a roughly 50% mortality rate.

The Sorin Stockert 3T device uses a closed-water circuit to regulate the temperature of bypass machines, oxygenators, heating or cooling blankets, and other equipment that keeps patients’ bodies at an optimal temperature during cardiac operations. The 3T model has three separate water tanks to accomplish its tasks.

When the surgical procedure is complete, the 3T system has a water pull-back feature to make cleanup easier. But is the cleanup process the source of NTM to future patients? Do we have a safe and effective protocol to test and service this equipment? If so, why do the infections continue? And are we and the pump tech staff being exposed to NTM?

The current activity with the Sorin Stockert 3T brings back memories of the Steris System 1 scope processor. Reviewing the 2009 history of the Steris ordeal is very similar. According to the FDA, the agency notified healthcare administrators and infection control practitioners about their concerns regarding the Steris System 1 Processor (SS1) in December 2009 and filed a consent decree against Steris four months later. The decree prohibited the distribution of the SS1—a system designed to disinfect medical devices, such as endoscopes, which can’t withstand steam sterilization.

“The current SS1 is a misbranded and adulterated medical device because it has not been cleared by the FDA as safe and effective for its labeled claims,” the FDA wrote at the time. “All healthcare facilities must be transitioned from the SS1 processor to legally marketed alternative devices by Aug. 2, 2012.”

This FDA action was a major event for Steris, all hospital users of the SS1 process, and all vendors rushing to market a replacement unit with proper labeling for claims. Seven years later, we are still feeling the effects of this action as we deal with transfer infections through endoscopes.

Our Future May Be in the Cloud

Several healthcare groups that we work with are starting to develop Electronic Asset Management (EAM) systems. The ones we are assisting began as biomed equipment tracking and work order systems used to address Joint Commission inspections. Since these needed asset-tracking input from the finance departments, we started developing hot links between two very different systems.

The link provides acquisition dates; American Hospital Association (AHA) estimated lifetime (a questionable piece of data); and data from the purchase order finance system to the asset tag, current owner, and service history from biomed. When this new database is functional, it provides both a front and back gatekeeper for asset management.

One of our problems with current asset management is not knowing when the device arrived, but when it was removed from service and struck as an asset. So the goal of EAM is not just determining where the device came from and where is it now, but also where it has been. Much like the GPS in modern cars, if we have a record of what patients used each item, we have a “black box” record if we need it in the future.

When you step back and see all the other healthcare tracking systems functioning independently, you start to imagine where we need to be going to create the HHS “Roadmap to Elimination.”. Some surgery departments now track instrument sets down to the individual instruments and which instruments were used on which patients during surgery. And most laboratories provide sensitivity and resistance profiles of patient infections to pharmacies for specific antibiotic treatments.

While it took the FDA, CDC, and several European agencies more than three years to link the Stockert 3T device is the transmission of NTM, action is now being taken. Now, put IBM’s Watson supercomputer on the job of correlating Patient Medical Outcomes-Infectious Disease Outbreaks and Transmission-Staff Tracking-Electronic Asset Management on a patient-by-patient use, and we may find that “Roadmap to Elimination.”

Wayne Hibbs is a principal at BSA LifeStructures, and a member of 24×7’s editorial advisory board. For more information, contact chief editor Keri Forsythe-Stephens at Kstephens@allied360.com. 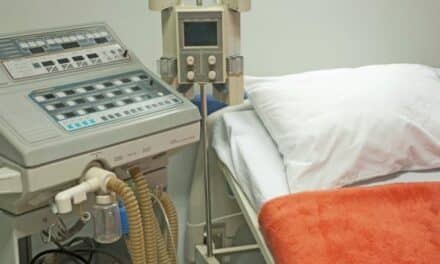 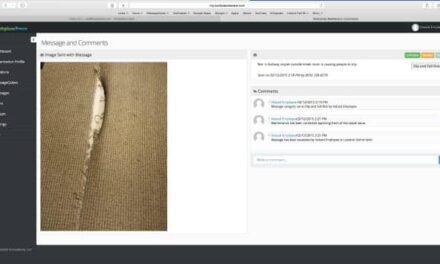