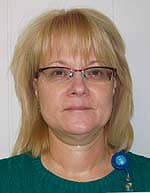 I read with interest that 24×7 was “Calling All Women and Their Supporters” in the August 2009 issue. I started thinking and remembering what the field was like in 1984 when I joined the Air Force and graduated from basic training, and then received my orders to go to Shepard AFB in Wichita Falls, Tex, to attend biomedical training. I was certainly the only woman in my flight at basic training to get orders for biomedical training, and everyone wanted to know what career field I had chosen that would send me to 32 weeks of training when all of the other women had 6- to 8-week technical schools. It is my understanding that the training is 52 weeks long now, but little did I know that it was the beginning of a career field that I would still be working in 25 years later.

I didn’t actually choose this career field, as it was one of eight jobs I picked out on a form given to me by the Air Force and biomed was my second choice. I had no idea what biomedical equipment repair was, but since it looked like it was inside a hospital—and not out on a flight line somewhere—it looked like one of the better choices to me.

There were only five women in the biomedical training class when I was going through it in 1984, so we did stick out like sore thumbs, so to speak. To begin with, I had no idea there was more than one type of screwdriver, much less how to actually use one. And, who knew screws had threads on them? For me, it was akin to learning a new language and being introduced to a new culture I barely knew existed. I (along with the other women) was probably scrutinized more closely than the guys by the instructors, but it forced me to work harder and be a better biomed, so I’m not sorry for that. Those same reasons also played a large part in my becoming a certified biomed, or CBET, after I got out of the Air Force. I had my associate’s degree in biomedical technology and my work experience in the Air Force, but I felt like I needed more than that to be taken seriously, especially on job interviews. Luckily for me, I had a supervisor who was a huge proponent of biomedical certification. With his support and strong encouragement I was motivated to study and achieve my certification. 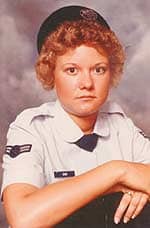 Cynthia in her Air Force uniform, 1984. She was one of five women in the biomedical training class.

I did experience challenges my male counterparts didn’t necessarily have. One of the hardest things I found about working in general was juggling care for my son with work. It was especially hard when I found I was working with men who had wives to deal with their children and so daycare was simply not an issue for them. I used to joke that I needed a wife! If I needed to stay late, which I often do (then and now), in the past I had to arrange childcare. If I was working on the weekend on projects and/or to do preventive maintenance in the OR, which I did and still do, I had to arrange childcare. If I went out of town for training I had to arrange for 24-hour care for my son. In addition, attending professional society meetings was difficult for me as they were always held at night, and for a few years during that time I was a single parent. Things got easier for me in respect to childcare as my son got older. Now, he is 20 years old and in the Navy, so it is no longer an issue.

I do remember attending a professional society meeting about 5 years ago, and one of the society members said that he could not attend as much as he would like because he had to watch his children and trade off nights out with his wife. Some of the other guys, including ones I work with, were outraged by this, and I explained to them that this was something I had been living with for a long time and I was glad to see that it affected more than just women.

The career field itself has changed so drastically in the last 25 years that in some ways it is not what I was trained for, and yet the people skills I have honed over the years are always needed. I find that the electronic skills that were drilled into my head so thoroughly in technical school I don’t use much now. The anatomy and physiology I find I still use a lot, and I have had to learn computers, networking, etc in order to stay current.

I have stayed in the career field because I like it. It is challenging and rewarding, and it allows me to work in a service capacity helping patients without having to actually deal with patients as nurses do. I love solving mysteries and solving puzzles. It is something I have always been good at, and I find those skills to be of great value in repairing equipment and equipment systems.

I have met some wonderful women in this career field, and I look forward to meeting many more. My advice to any woman interested in becoming a biomed is to trust your instincts and don’t be afraid to ask questions. It’s the best way to learn.

HIMSS and Beacon Partners Bank on the Future 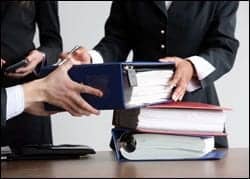