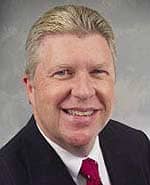 Founded in 2000 as a spin-off of a University of Helskinki research project on measuring radio wave signal strength to calculate location, Wi-Fi real-time location systems (RTLS) pioneer Ekahau, Reston, Va, has developed a unique methodology to accurately determine a roaming asset’s location to within a few meters. The company’s software-based RTLS leverages hospitals’ existing Wi-Fi networks with radio frequency identification (RFID) technology to provide up-to-the-minute, room-specific asset tracking. 24×7 recently spoke to Senior Vice President of Marketing and Business Development Tuomo Rutanen and Sales Manager Clay Chase to discuss some novel uses of asset tracking software for biomeds and why you may soon be text messaging on the job.

24×7: Your RTLS allows hospitals to leverage their existing Wi-Fi networks, but can your service slow networks down?

Rutanen: It actually has no impact on the network because it is designed as a Wi-Fi application. The amount of data the tag sends is basically a couple of bytes for a location update, so even if you have 2,000 tags on a network, you’re looking at the equivalent of less than 1KB of data being sent. The info being transmitted is really negligible in terms of capacity being transmitted on the network.

We also have a second line of business, which is Wi-Fi network planning analysis and troubleshooting tools. We have the tool sets to actually come in to troubleshoot and analyze network performance. A lot of the Wi-Fi network vendors use our products for that, in addition to end users who want to troubleshoot or analyze their network. We have a very deep-rooted understanding of the logic, mechanics, protocols stacks, communication methods, and the security identification of Wi-Fi. We’ve been able to identify an out-of-the-box solution that doesn’t introduce any interference, and we have a whole team of engineers and developers who work only on Wi-Fi tools and who know how to optimize networks and get errors from other interfering factors out of networks.

24×7: What are some unique uses of RFID technology that biomeds might not be aware of?

Rutanen: This technology is really helping to transform the biomedical/clinical engineering workflow. Yes, an RTLS system knows the location of all the equipment and allows you to go to a console and search and find a particular device for PMs, but we’ve taken the approach that you don’t have to go to the system to use it—the system can come to you and work with you.

On a patient floor, nurses may put dirty pieces of equipment in a utility closet, but once there’s more than three infusion pumps in that closet, our system can send a message to the clinical engineering team to say: “You’ve got a pickup on floor three. And while you’re picking up those soiled units, the par level for the floor where we got the clean equipment from is under its threshold of five, so bring two clean ones up as you claim the three dirty ones.”

Also, when a patient gets discharged and we know that a particular device has been used with a patient, we can flag that as a dirty device that needs to be cleaned, recycled, or brought back to the floor. The system keeps tabs of not only the device’s location, but also its status. For example, you can do certain types of procedures or processes. If you need to have a certain type of ventilator or type of pump in a given room, then the system can have automatic rules in place that say, “The room is ready for this type of patient, but it’s missing this piece of equipment.” The system tells you what is needed.

24×7: Are there clearly defined roles that IT and biomedical engineering departments should play in using RFID?

Rutanen: In the past it has varied by hospital, but today it is very clear in the sense that IT departments have come a long way in health care settings, and what we’re largely seeing is that the biomedical department comes to IT saying, “I’ve got a problem; I need to locate equipment. Can you look into locating a solution that’s going to help us solve this problem?” IT will then basically go and look at the different technical offerings and options, because ultimately it’s going to touch their network—whether it’s the wireless or wireline—that they’re responsible for managing. IT has to be involved because there are computers, networking, and software involved.

Rutanen: IT tends to be the one that does the technical due diligence and looks around and evaluates what’s going to make sense for the hospital from a technology selection perspective. A lot of times we see the IT and engineering departments working together. In some instances, those departments are all under one VP or one director, which is all part of the same team anyway. I think those lines are getting more and more blurred as medical devices come online that have networking and connectivity requirements.

24×7: What sorts of trials do hospitals typically run before implementing your RTLS? Can biomeds play a role in this process?

Chase: Biomeds are absolutely involved in the process because, ultimately, they’re the end users and they need to be comfortable with a system that they will have to use. If it’s too complicated, they’re not going to want it.

Rutanen: A simple way for a hospital to test this is to let us put an engineer on-site for a day or two who can set up the system on a couple floors of the hospital and put half a dozen rules and processes in the system, basically letting them run with it. We give them some end user training and then let them come back with where they want to go next.

We always recommend that if you want to test it, do it on a couple of floors that are stacked on top of each other. First, you want to test the system for performance in terms of location. In other words, is the tag showing up in the right locations? Do the subsystems have problems in terms of actually telling you what room or what closet that device is in?

Also, you want to test latency. When a device moves and stops in a room, is the system going to tell you that it’s in that room now, or an hour from now?

Also, test for things like continuous coverage. If you’re tracking assets in a hospital, they go all over the place from the courtyards to the parking lot, to the basement, so you want to be able to test in areas where you don’t think things normally go. That will also help validate your system coverage.

24×7: Tell us about your system’s maintenance procedures. How do broken tags get fixed?

Rutanen: The tags generally don’t break unless something physical has happened to it, at which point you’ve probably broken the circuit board and it can’t be fixed. The only thing people really need to think about is changing batteries and/or changing the configuration of the tag—or how frequently it’s blinking. Our tags are able to communicate bidirectionally because we use Wi-Fi. That means from a central console, you can tell certain tags to blink every 15 seconds, tell tags to blink only when they move, or tell them to blink only when they stop moving. Basically, the tags are like programmable little computers. Configuration adjustments and settings can be done over the network by a simple keystroke on a tag or a group of tags.

Regarding the battery, tags automatically report their battery life. If you see a tag that is low on battery life, but the device it is on is scheduled for PM in the next few weeks, you might go in and toggle the tag reporting to a longer interval to save the battery, so that when it comes in for PM, you can just do a battery swap.

Chase: From a support point of view, if we’re given remote access then we can actually troubleshoot the issue all the way down to the tags because of this two-way tag communication. And of course, we do also have a support agreement.

24×7: In 2008 there was an article in JAMA about electromagnetic interference with medical devices caused by high RFID power levels. Are these concerns still valid? Have they been addressed?

Rutanen: Those concerns are still valid because nobody has been able to go back and prove otherwise.

Those tests, performed by the University of Amsterdam, were related to RFID at a couple of different frequencies that were causing the interference, namely 125 kilohertz, and I think 868 megahertz.

Our tags don’t use those frequencies or technologies, so we can say in good faith that you would not have an issue because our tags operate like Wi-Fi tags. They actually have a Wi-Fi radio inside that has been tested and validated. We’ve got a lot of these systems deployed on all types of equipment, and we’ve never seen any interference from our system to those types of devices.

Rutanen: My crystal ball is a little foggy, but we’re seeing Wi-Fi standards that are continuing to evolve faster, better, and cheaper. We are going to see, certainly in the Wi-Fi area, that commoditization of the componentry is going to drive even our prices down, which is good because that will drive even higher adoption. I also think a whole kind of peer-to-peer connectivity is going to start happening, where you don’t necessarily just have devices talking to a network but devices talking to each other as well.

24×7: What would you like to accomplish with the technology in the future?

Rutanen: There is actually a new standard that was just published called Wi-Fi Direct, and our engineers are researching that right now, because our tags have the ability to potentially talk to each other just by doing a software update, which we can program over the networking and into the tags, so that the tags can talk to each other and we can get more into proximity type of events where we are associating devices with patients or beds. At the same time, you’ve got patient monitoring devices that are Wi-Fi enabled so it’s all becoming more and more connected, and also taking advantage of that two-way capability.

We have actually put a LCD display on a tag so it is now a two-way text messaging device, adding a communication layer over the RFID so that it’s gone from a dot on a screen to two-way communication between the device and the system and device user and the system. The other thing we’re certainly seeing more and more of is devices that have Wi-Fi built into them. Five or 10 years from now I can certainly envision that hospitals are going to get more and more connected, and knowing where people and things are will really bring sharp benefits to the bottom line and transform business to make these institutions a lot more efficient. 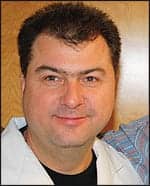 Plan Your Work, Work Your Plan