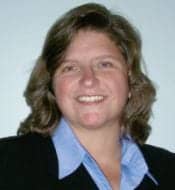 In the early 2000s, clinical engineering and information technology (IT) departments frequently found themselves at odds. They come from different backgrounds, approach problems in different ways, and have disparate cultures. However, as hospitals move toward a more digital environment and the information that medical devices collect and store becomes more vital to running an efficient facility, the two professions have begun to collaborate and even integrate with one another. Though this merger may still hit speed bumps, both because of the aforementioned ingrained tendencies and because of the distinct skill sets and knowledge of the two groups, there has been significant progress and collaboration between the two fields in recent years. One association, the CE-IT Community—made up of members from the Association for the Advancement of Medical Instrumentation (AAMI), the American College of Clinical Engineering (ACCE), and the Healthcare Information and Management Systems Society (HIMSS)—is formulating best practices to help the two departments work together and offering education to the members of each discipline to further communication and growth.

According to Raymond Peter Zambuto, CCE, FASHE, FHIMSS, FACCE, president, Linc Health, Holliston, Mass, and a member of the CE-IT Community, this group effort began around 2002 when ACCE and HIMSS began working together at the annual HIMSS conference. This early collaboration attempted to bring together members of the clinical engineering and IT communities to explore some of their commonalities. Several years later, in 2008, after HIMSS and ACCE had already established an annual symposium to bring together members of the CE and IT communities at the HIMSS conference, AMMI joined the two groups to form the official CE-IT Community. 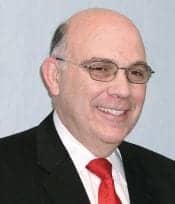 “It was founded out of this growing concern from the health care profession over the lack of good support for network health care systems,” says Leanne Cordisco, health care IT program manager, education services, GE Healthcare. “AAMI, ACCE, and HIMSS realized that the biomed world was changing rapidly and the future of biomedical engineering and medical device support included strong elements of connectivity support. No longer could a biomed be successful in their job just by fixing the box. To be successful, the biomed needed to fix not only the box, but also communication between the various medical devices. There wasn’t a lot of support or training programs. There wasn’t a venue where people could go to find information about CE-IT activities.”

The group accomplishes these goals through a number of different methods. Aside from the aforementioned symposium at HIMSS, the CE-IT Community also hosts Webinars, produces white papers, and hosts virtual town hall meetings—four per year—the organization’s newest initiative.

“Anyone who attends any of the HIMSS, ACCE, and AAMI meetings is exposed to the CE-IT Community,” Zambuto says. “We also have a Web site. On the site, we publish best practices, which are generated by subcommittees that we have within the CE-IT Community where people from clinical engineering and IT get to work together and create best practice white papers. And this year, we started a new program called town meetings. I believe there are going to be four virtual town meetings in which we will have a particular hot topic.” 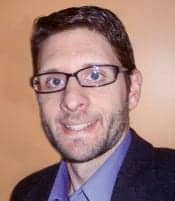 The CE-IT Community is ultimately working toward one goal: improved patient safety. In order to achieve it, members from the three participating organizations realize that education and communication are key. Without the proper training and knowledge base, biomeds will be unable to achieve this ultimate goal.

“It’s difficult for any individual, biomed or otherwise, to have all of the knowledge and expertise to be able to support the devices,” says Ken Olbrish, MSBE, enterprise imaging system administrator, Main Line Health System, suburban Philadelphia. “The real benefit of the community for the average biomed is that it provides resources for them, whether educational or a sounding board for them to ask questions and get feedback. It provides resources for the biomeds to get some good advice on how other sites have successfully worked with IT. They can get some feedback from IT that they may not get from their own sites. They can get some educational background or input that they may not get elsewhere.”

If they have not already begun, health care technology management professionals will need to further their education because the design and application of new medical devices has changed. As Cordisco notes, the interoperability of medical devices has increased to the point that clinical/biomedical engineers must understand the principles and functionality of the network that the device operates on. No longer are clinical engineering and IT independent ideas.

“More and more, the devices that biomeds traditionally supported are starting to look very different from what they were in the past,” Olbrish says. “Biomeds are faced with the traditional medical devices now looking like computers, being networked, and needing to send data to other systems. Building upon this whole concept of systems of systems; it’s no longer isolated devices, but it’s a complex system of devices.”

Aside from further education, biomeds can make a few cultural changes to advance the transition to the more unified workforce. Primarily, biomeds need to reevaluate what they consider part of their tool kit. With the shift in medical device design and functionality, clinical/biomedical engineers must expand their repertoire of usable tools.

“A biomed has to understand that using a network analyzer has to become almost as comfortable for them as their DVM—digital voltmeter,” Cordisco says. “Biomeds have screwdrivers, wrenches, calibration equipment, and DVMs in their toolbox—all kinds of specialized tools to work on medical devices. Biomeds have to think of network analyzers as just another specialized tool at their disposal because they need to understand what’s happening on the network.”

To support these transitions, the CE-IT Community does not necessarily advocate blending the two departments. Instead, it focuses on ways to achieve the ultimate goal—patient safety—through some combination of unification and collaboration.

“Unified means different things to different people,” Zambuto says. “I don’t think it’s necessary that they become one department. I think that that’s a management model that has to be determined on a hospital-by-hospital basis on what works best. What they have to be united in is communication. They have to be united in having a methodology in working together and for understanding that different is not bad. They are different, and each one brings strength to the process that the other can learn from.”

Most importantly, the key to improved results lies in communication, which may include some less-discussed avenues. Olbrish believes that currently, most people in the clinical engineering and IT communities understand the importance of communicating with one another, especially when their responsibilities intersect as frequently as they do. However, the part that often gets overlooked is bringing the clinical side into the discussion.

As the CE-IT Community progresses, it keeps its focus on customer service, always pushing for its ultimate goal of improved patient care.

“For both groups, clinical engineering and IT, their primary responsibility is customer support,” Olbrish says. “So providing that unified front made it easier for the clinical department being supported to have critical issues addressed and get the integrations that they needed. That’s what drove the creation of the community.”

After starting as a way to express concerns and struggles with the direction of the clinical engineering department and the approaching IT integration, the CE-IT Community has transformed into a resource for members of both departments to improve their facility and ease the inevitable transition. And while these budding relationships may not always go smoothly, members of the community caution others to stay open to the changes. Everyone is working toward the same goal, and sharing knowledge and resources proves to be the best way to achieve it.

“Keep an open mind,” Zambuto says. “There are a lot of stereotypes out there, and stereotypes very seldom hold any water. The big tip is to remember that at the end of the day, it’s all about improving patient care. That’s why we got into this business, and we need to keep that as a point of focus.” 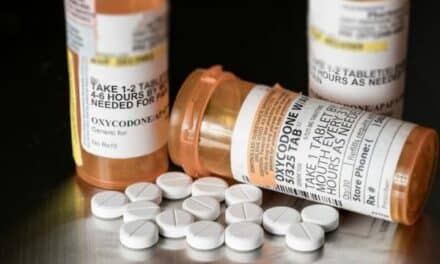