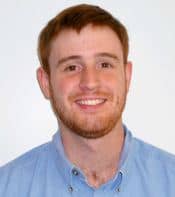 For hospitals in some of the United States’ more remote regions, getting preventive and emergency repair services represents a challenging process. Unless a service provider has a local partner, it could take a representative upward of 8 to 12 hours—consumed by commercial flights and other traveling logistics—to arrive on-site. Scott Chassay, founder, owner, and CEO of Soaring Hearts Inc, Olathe, Kan, has a simple solution to that problem: fly there himself. Soaring Hearts—a name suited for the cardiovascular repair company run and maintained by pilots—utilizes this unique business model to offer quick response to any cardiovascular preventive and repair needs in some of the country’s most secluded facilities. 24×7 recently sat down with Chassay to discuss this innovative business model, his personal history in both the biomedical and aviation fields, and plans for the burgeoning company’s future.

24×7: Tell me about the history of Soaring Hearts Inc.

Chassay: Soaring Hearts started on April 7, 2004. The premise of it is that we’re able to pretty much go anywhere because we’re all pilots. We only work on cardiovascular equipment, hence the name Soaring Hearts.

It was just me when it started. We were a local company at first, but we went nationwide in 2005. At that point, we hired two more people. Now, I have three guys, counting myself, that are full time and two that are part time, or as needed.

24×7: So everyone that works for Soaring Hearts is a pilot?

Chassay: Yes, except for one, but he is currently getting trained.

24×7: Were all of the employees pilots before they got into this industry?

Chassay: A couple of my guys were already pilots. They worked as biomeds but they had cardiac experience, so I hired them. Another employee was trained while he was working with me. The new guy that I just hired is training to become a pilot now. 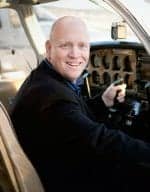 24×7: What is your personal history with the medical instrumentation industry?

Chassay: I got started as a biomed with National MD, which was bought out by GE. At that time, I worked at Overland Park Regional in Overland Park, Kan. I got into the industry because there was a heart and lung machine that was broken and I was able to fix it within a day or so. Once that got up and running, perfusionists at that hospital set me up for training. Ever since then, I loved being in the cardiac field.

24×7: What followed your work with National MD?

Chassay: Then I went to another company called Premiere. I worked with them for about a year, but during that time they got me trained on a couple of cell savers. At the end of my first year with Premiere, I went off to Terumo Cardiovascular, and they trained me on all of their cardiovascular equipment. That job lasted for 4 and a half years.

After that, I wasn’t planning on starting a business, but things just happened to work out that another perfusionist needed my services. I informed him that I wasn’t with the company anymore. He got me all of my tools, I paid him a little bit more than what he paid for them, and after that, within 3 months, I had 16 hospitals asking for our services. When that happened, I thought, “I might just have a business here.” I have never looked back ever since.

Chassay: I would do this job almost for free if I could—I love doing what I do. The other thing that I do is work in Central Africa: Rwanda, Ethiopia, Kenya, Tanzania, and places like that. We do humanitarian service. We go in with various humanitarian services that do cardiac work, and check their pumps to make sure they’re all working properly. Then, we sit around and make sure nothing breaks down. If it does, we’re there to fix it. This year, it’s possible that I might be going to Ecuador twice, but I’m still trying to work that out.

Chassay: I became a pilot when I worked for Terumo. I was a service tech out of Kansas City and had nine and a half states. They were considering having me take on another state. I decided to fly when I had three or four emergencies—one in Colorado; Omaha; Wichita, Kansas; and one somewhere else. There was an airport in Wichita. I asked if they could fly me like a rock star to those locations quickly using a jet, and they gave me a price of about $2,500. I knew Terumo wasn’t going to pay it. Then I asked if anyone could become a pilot or if I could just hire a pilot to fly me in a puddle jumper. They said hiring someone was going to cost a lot but that I could become a pilot.

When I got all of those emergencies done, I found out that the Kansas City airport trains people, so I went to school. I showed my employer that I could save 52% on travel costs as well as about 21% on incidentals—hotels, food, and that sort of thing. It’s a win-win situation.

I think this area of service really needs to be tapped into because there are a lot of companies that can fly, but just not in the medical area. Garmin and GE have their own pilots. They’re all out there. They’re selling various aviation parts and medical services, but the point is they have their own people to fly. That’s how everything got started with me here. My customers love the fact that we fly, and they think that more people should be [flying] in this field. Currently, service techs drive many miles just to get to the next hospital.

Chassay: Our tagline is, “Soaring Hearts maintaining a heartbeat.” The premise is that we’re able to get anywhere in the United States quicker than the manufacturer. For example, Paragould, Ark, which is in the far northeast corner of Arkansas—if I drive there, it takes me about 7 or 8 hours to get there. If I take a commercial flight, it will take about 12 hours. You have to fly from Kansas City to St Louis, Memphis, or Little Rock; then take another flight to Jonesboro, Ark; and then rent a car, just to get to Paragould. It’s not very practical. I can go to the downtown airport in Kansas City and be off the ground in 30 minutes. I can be in Paragould, Ark, in less than 2 hours, do the service, and go home. I have the whole job done in 8 hours. That’s how we differentiate ourselves from the manufacturer.

24×7: Since you offer national service, do you own your own planes?

Chassay: No, we mainly rent because it’s more cost-effective. I’m in the process of looking for an airplane so that I can just take off at any time. Realistically, I can still take off at any time. To rent a plane, I just have to call the airport. If you have a problem and from our conversation, it’s that I need to be at your hospital, I’m already driving to the airport. As soon as I get off the phone with you, I’m calling the airport and having them bring out the plane that I want. I just literally drive up there, throw my tools into the back of the plane, and I’m off the ground in about 30 minutes.

24×7: How does renting or owning a plane affect your service prices?

The other thing that we do is for big companies—for example, Philips Medical or Modern Medical—that have multiple accounts within a city. The cardiovascular manufacturer will charge a trip charge every time they go to a hospital within that city. For us, we do not. We will charge one trip charge for that manufacturer, and anything within a 50-mile radius of the first hospital that we do, there will be no trip charge. I understand having a trip charge, but I believe that you shouldn’t charge a second trip for only traveling a couple of miles to the next hospital.

24×7: So does Soaring Hearts do mostly emergency repair work?

Chassay: No. In the cardiac field, very rarely does anything ever really break. It does, but typically, our service is preventive maintenance. If something breaks and a hospital said, “We need you here right away,” I will drop everything I’m doing, find a plane, and fly directly to the hospital. We can take planes out of pretty much anywhere in the country.

For example, one time, one of my guys flew into an airport on a commercial flight. We got a call, and he walked across the airport and rented a plane. He then flew it right into the tiny city in the middle of nowhere and was able to do the service. If the manufacturer were to do that, they would have sat at the airport, rented a car, and then driven the next 3 or 4 hours to get to the town. My guy was able to get there in less than an hour. He had everything up and running in 3 hours. Then he was able to go back home.

24×7: How has the cardiovascular industry changed since you first started Soaring Hearts?

Chassay: It hasn’t really changed. The pumps are still the pumps of the old days. A lot of it comes down to the perfusionists and the operation of the thing. It has gotten more sophisticated and electronically based. There are more monitoring systems versus back in the 1990s and early 2000s, they had more mechanical pumps than electronic. Today, it’s more electronic-based. I believe more in the mechanical because the more electronics you have, the more possibility there is for something to go wrong with it.

24×7: Where do you see the industry heading?

24×7: What are some things that the company has planned for the future?

Chassay: I’m in business to save the hospital money. I save them money not only through my pricing but also consultation. If I can save hospitals money now, I hope to get them as customers 6 months down the road. If not, then, hopefully they tell people how I was able to save them money.

For the last 7 and a half years, I’ve never advertised. I tried to do a Web site at one time, but I shut it down because it was really archaic. So I’ve gone strictly by word of mouth. We’ve done really well for the last 7 and a half years. Currently, we are rebuilding a new Web site, which will be up soon. I have a marketing group that I hired as well as working with 24×7. And then I have a trade show with AAMI coming up the first week in June. We are hitting advertising extremely hard this year and seeing what is possible.

Maybe We Should Think About Y2014