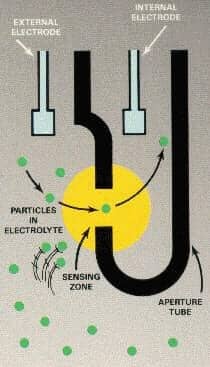 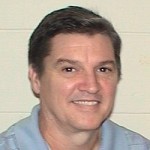 In studying for your CBET exam, you may have encountered the subject of spectrophotometry and how it can be used to determine chemical substances in a solution, thanks to Beer’s Law. As you may recall, Beer’s law states that the amount of light absorbed by a medium is proportional to the concentration of the absorbing material or solute present. The amount of light the material absorbs depends upon the wavelength or color of the light.

The simplest way to do a cell count is to count the cells manually under a microscope. This method uses a microscope slide prepared with the sample to be counted. The sample is placed in specialized slides with grid patterns. Knowing the percentage of sample dilution and the size and the depth of the sample grid pattern, one can determine the cell count by manually counting the visualized cells. This manual process is slow and susceptible to human error, especially if many samples are being counted.

A Coulter counter is used heavily in the hematology department within a hospital laboratory for complete blood counts (CBCs), which are routinely ordered for diagnostic purposes. A CBC measures several components and features of your blood, including red and white blood cells, hemoglobin, hematocrit, and platelets.

The lab can determine the amount of red blood cells and white blood cells in the sample thanks to the fact the Coulter counter can determine not only the presence of a cell but also the volume of the cell. The blood sample is suspended in an electrolyte solution that changes the electrical characteristics of the sample. Remember, cells show high impedance to electrical current, while electrolytes show very little impedance to electrical current. 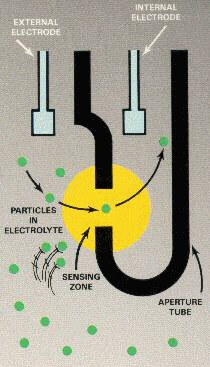 Each red blood cell, or erythrocyte, has a volume of about 90 femtoliters (fL), or approximately a volume of 10–15 L. White blood cells, or leukocytes, have a volume approximately between 247 and 534 fL. This is a large enough difference in volume, and therefore impedance, that a Coulter counter can determine which type of cell has been counted. Figure 1 illustrates this concept.

For proper analysis of the sample, sufficient diluting of the sample must take place. This is because only one cell at a time can flow between the two electrodes. The dilution can be accomplished by using precision milled microchannels, which introduce the sample or by a sheath fluid, as shown in Figure 2.

These techniques ensure that only one cell is counted at a
time, and not a group of cells. When groups of cells are counted as one cell, this is regarded as a cell count abnormality, called “coincidence.” 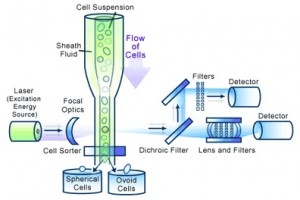 This technology does not use current to determine cell count. Instead, flow cytometry uses a highly focused laser light that hits each cell as it passes through the beam. Each cell reflects a portion of the light and is picked up by light detectors after passing through dichroic filters (which function like a prism).

This technology can also determine cell shape as well as the internal and external structures of the cells. It can analyze thousands of particles a second. A very expensive technology, flow cytometry equipment is rarely, if ever, purchased to perform cell counting alone.

As always, I hope you find the information presented here helpful in your understanding of medical instrumentation and useful in your preparation for certification.

3) Turbidity in cell counting refers to ____.
a) Nonlaminar flow
b) Error in measurement
c) Loss of light intensity
d) Coincidence

4) Cell counters are great at producing cell counts for CBC tests. In what area of the lab would you most likely find CBC testing performed?
a) Hematology
b) Pathology
c) Blood Bank
d) Virology 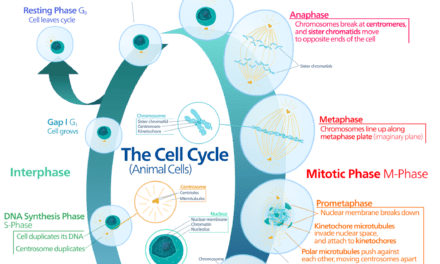