Years ago when I took my CBET exam, the anatomy and physiology (A&P) questions were almost exclusively about the respiratory or cardiovascular systems, with maybe a question about naming a bone or two. As I have mentioned in earlier articles, I believe the A&P questions are becoming more difficult and diverse. In this article I would like to revisit some areas of A&P that may be helpful. This article will pay particular attention to blood, the endocrine system, the skeletal system, and the nervous system, with emphasis on the brain.

Blood can be broken down into three distinct categories: transport, defense, and regulation. As we all should know, blood is pumped by the heart into various organs and tissues throughout the body to exchange nutrients, oxygen, and waste materials across capillary walls. Hormones are also transported by blood, which serves to signal cellular metabolism. Blood

All blood cells are formed in the red marrow of bones, erythrocytes, and leukocytes. However, I can see questions about these types of blood cells—such as, red blood cells or erythrocytes transport O2 and help transport CO2, and leukocytes fight infections. Even more specific questions could be about neutrophils, which phagocytize pathogens, or engulf/destroy pathogens. Eosinophils perform phagocytosis (the process of ingesting and destroying a virus or other foreign matter by phagocytes) on antigen-antibody complexes and allergens, while basophils release histamine and heparin, which assist in blood flow to injured tissues. Lymphocytes are integral parts of our immune system with their B cells and T cells that attack specific pathogens. Monocytes become macrophages that perform phagocytosis on pathogens and cellular waste products. Platelets aid in hemostasis, or the stoppage of bleeding or hemorrhaging. All these types of blood cells are what is referred to as the formed elements and make up approximately 45% of a blood sample.

The other 55% of a blood sample is plasma, which is about 90% water and helps transport molecules and maintains blood volume. This water is absorbed from the intestine. Plasma also consists of plasma proteins, which maintain blood osmotic pressure and pH. The elements in plasma proteins are albumins, which assist in maintaining the volume and pressure of blood. The other two elements are globulins, which help in transporting elements to fight infection, and fibrinogen, which helps in the coagulation of blood. Plasma proteins are produced in the liver and are separated in the lab by electrophoresis. Electrophoresis is also used to separate nutrients in the blood, such as lipids, glucose, and amino acids, which are the food for our cells and are absorbed from the intestine. Blood also contains wastes such as uric acid and urea. These waste products are excreted by the kidneys and produced in the liver. Last but not least are hormones and vitamins, which aid in metabolism and are produced in various parts of the body.

The endocrine system consists of ductless glands that secrete hormones into tissue fluid that diffuses into the blood to be distributed throughout the body to regulate many body functions, such as cell division, egg and sperm production, control of blood glucose levels, and many other functions. Hormone production is regulated in two distinct ways: a negative feedback system, which opposes the release of hormones, and a system called antagonistic actions. Antagonistic actions produce hormones that oppose hormones. An example of these systems would be if glucose levels rise, the pancreas produces insulin, which causes the liver to store glucose. When the blood glucose level drops, the pancreas stops producing insulin. This is a negative feedback system. The antagonistic system produces antagonistic hormones that assist in controlling the responses of hormones. Using the above example, the effects of insulin are offset by the production of glucagon by the pancreas. So, while insulin lowers the glucose levels in the blood, glucagon raises them.

Principal endocrine glands consist of the hypothalamus, the posterior and anterior pituitary glands, the thyroid, adrenal glands, pancreas, testes and ovaries, thymus, and pineal gland. Each of these glands produce hormones that regulate many different bodily functions such as growth and development, blood glucose levels, water absorption by the kidneys, and milk production by the mammary glands, to name a few. 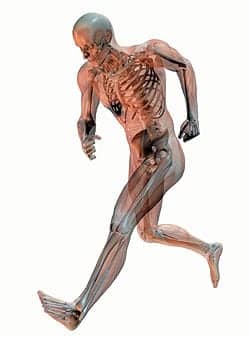 Questions in the skeletal system category may also cover joints.

The skeletal system questions will most likely not be, what is the name of the knee (FYI: patella)? Today, you would be more likely to see a question such as the anatomy of a long bone, with the ends being called epiphysis and the long portion referred to as the diaphysis. Questions about the vertebral column will not appear as, what are the four regions on the vertebral column (FYI: cervical, thoracic, lumbar, and sacral)? The question may be much more specific, such as how many vertebrae are located in the lumbar region of the spine? So I suggest knowing how many vertebrae are in each region. The cervical has seven vertebrae, the thoracic region has 12, the lumbar has five, and the sacral vertebrae has five, which are fused together to make the sacrum, and three to five vertebrae fused together to make the coccyx.

Questions in this category may also cover joints, such as fibrous joints, cartilaginous joints, and synovial joints. Fibrous joints are immovable, cartilaginous joints are slightly movable, and synovial are free moving where the bones do not contact one another. Fibrous joints will make up the bones in the cranium; cartilaginous joints are bones such as the ribs; and synovial joints have bones that are separated by a cavity, which is lined with synovial fluid that acts as a lubricant. Questions can also get as specific as the types of synovial joints—such as saddle joint, ball and socket joints, pivot joints, hinge joints, gliding joints, and the condyloid joint. You are not fully prepared for the exam without knowing these types of joints and an example of each. I would also familiarize myself with a cross sectional view of a bone and know the difference between spongy bone (contains red marrow), compact bone, medullary cavity (yellow bone marrow), periosteum, endosteum, osteon, lamella, osteocyte, etc.

With the nervous system, you would definitely want to know about a nerve cell with the dendrites, cell body, axon, myelin sheath, and node of Ranvier, along with the central nervous system with the brain and spinal cord, and the peripheral nervous system and all it entails. Specific questions that may arise on the test may come from the lobes of the brain and what they control. The frontal lobe contains the primary motor area with the motor speech area. The parietal lobe contains the primary somatosensory area and the primary taste area, while the occipital lobe contains areas that control primary vision and visual association. The temporal lobe is most associated with primary auditory association. You will want to know the cerebrum is the largest structure of the brain; the cerebellum is inferior to the cerebrum; and the brain stem is anterior to the cerebellum and contains the midbrain, pons, and medulla oblongata.

I hope you find this information useful in your quest to become a CBET. 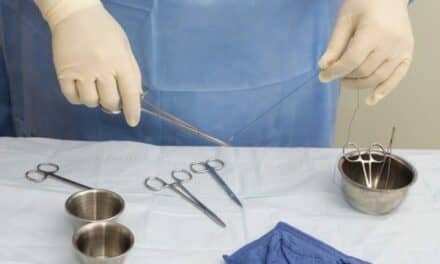 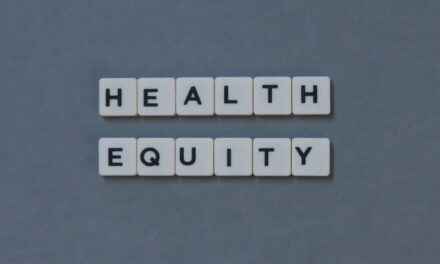