The 2004 results are in. Find out how your salary and benefits package measures up.

Would you recommend your profession to others?
Do you feel your workload is acceptable?

86% of respondents said they would recommend their profession to others, and 75% said they felt their workload was acceptable.

More than tripling the number of last year’s participants, 1,255 industry professionals filled out the annual Compensation Survey, posted on the 24×7 Web site in June. Respondents provided information on work environment, salary, education, and work satisfaction. For the most part, the results reflected optimism.

Only approximately 14% of respondents to 24×7’s 2004 Compensation Survey said that they would not recommend their profession to others. As testament to that amiable statistic, 24×7 received a barrage of positive comments from respondents of every level.

“Where can you work and never do the same thing day in and day out and not have to face the weather elements or factory setting? Love it!” said one manager from the East North Central region who has been in the field for over 16 years.

A technician from the East South Central region who also has been in the industry for more than 16 years said, “Biomed is a wonderful job. Every day you run into so many different types of problems; it keeps the job interesting, and you’re on your toes trying to stay ahead of the knowledge curve.”

“It’s great feeling like I get paid to do a hobby!” said a technician in the Mountain region.

“Although many service professionals in our field lodge many complaints, the truth is that we are paid and compensated fairly for our education level,” said an engineer from the East North Central region who has been in the field for more than 16 years.

The majority of respondents shared the sentiment. When asked to rank how fairly they are compensated relative to experience and education, 52% and 56%, respectively, checked 4 or 5.

Almost two thirds (63%) of respondents worked in hospitals, 19% worked for independent service organizations, 13% worked for OEMs, less than 1% for depot services, and the remainder worked in other venues.

The largest responding group consisted of technicians (42%). Other participants included specialists (16%), managers (17%), engineers (13%), directors/executives (5%), and those who checked other (7%), which, among other titles, included supervisors, owners, and instructors.

Show Me the Money
Annual base salaries across the nation ranged from as low as $20,000 for a biomed student in the East North Central region to as high as $250,000 for a shop owner in the West South Central United States. Nationwide, the median base salary for all job titles was about $52,000. About three quarters of respondents received some sort of supplemental compensation, such as on-call pay (received by 52% of respondents), overtime pay (received by 60%), and bonuses (received by 29%). The median annual amount of other compensation was $5,000. But one manager working for a manufacturer in the Mountain region earned bonuses totaling $110,000 to augment his $94,500 salary.

In an era during which many employers are not providing employee health insurance plans, almost all respondents reported receiving health and dental insurance. Many respondents receive life insurance and a retirement plan, and some receive other benefits, such as profit sharing, a company car, or tuition reimbursement (see Figure 5). Other perks included extra vacation time, vision plans, and stock options.

The survey found that annual salaries depended most on locale, education, and employer type.

Location, Location, Location
On average respondents working in the Pacific region earn the most (see Figure 1). The largest disparity was among high-level executives. Directors/executives in the Pacific region earn an average of $21,945 more than their counterparts in New England and $26,774 more than directors/executives working in the South Atlantic area. In another example of regional divergence, a biomed manager in a New York hospital who specializes in radiology earns $85,000 annually. His counterpart in Alabama earns $67,000 annually.

The More You Know
Having a degree is a plus when it comes to compensation. For biomeds with an AAS degree, the average base salary is $50,838; military-trained biomeds earn an average of $55,208; those with a BS earn an average of $61,359; and those with postgraduate degrees, such as an MBA, an MS, military training in addition to a degree, or multiple degrees bring in an average of $71,844. Almost half of the respondents had earned an AAS. Others had 4-year degrees, military training, postgraduate degrees, or some college or technical school. Only about 30% of respondents were pursuing further formal education.

Experience, too, is a big factor in determining compensation. Biomeds with 16 years or more of experience average about $18,000 more in base salary per year compared to those with 4–5 years’ experience.

Bonus Points
Other points of interest:

• 40 was the median number of technical training hours respondents had over the past year.

• Approximately three fourths of respondents felt that their workload is acceptable. While the majority of those who did not feel their workload is acceptable said that filling vacancies and hiring additional staff members would ease their load, one technician from the South Atlantic area said management needs to better understand his department’s jobs and the regulations to which it must adhere. “We do not need bean counters spazzing at every rumor they hear about medical equipment. Purchasers of medical equipment need to list the requirement for new equipment and buy what they need, not what the salesman wants them to buy. The bells and whistles sound great, but the reality is the cost/use ratio is excessive.”

Can’t Get No Satisfaction?
Despite respondents’ overall satisfaction with their compensation and jobs, some felt markedly different.

“If I were to invest 2 years in schooling again, I would go for nursing. For the same amount of schooling and experience, I could be making $10,000 to $20,000 more per year,” said an anesthesia specialist working in the Mid Atlantic area and earning a base salary of $48,360.

A radiology specialist from Tennessee says she would not recommend her profession because of the unstable state of health care in America today.

“So many hospitals have had to cut back on employees or have gone under totally that it is not a safe environment in which to work or build a future,” she says.

A CBET from Canada with 11–15 years’ experience would not recommend her profession because “we hold too much responsibility for high patient risk repairs/maintenance (ie, life-support equipment, such as anesthesia gas machines and ICU ventilators) for what we get paid.”

A technician from Sacramento, Calif, agrees that compensation is not in line with level of accountability. “It’s frustrating to see electricians, plumbers, and painters far surpass our level of pay in our hospital when our jobs often require more training and the responsibility of life-support equipment.”

A biomed in Florida writes, “I don’t see an opportunity for advancement in the future.”

For those who are dissatisfied, David Harrington, PhD, Technology in Medicine (Holliston, Mass) and a 24×7 editorial advisory board member, says, “The biomed community needs to get off their [backsides] and become aggressive on self promotion.” He adds, “The profession has been a ‘Rodney Dangerfield’ for years and someone has to lead the profession out of the basement; the question is who?”

C. Wayne, Hibbs, Hibbs & Associates (Dallas), also a board member, agrees that the profession can be as good as you make it.

“I think [the profession] is at least stable to slightly growing for those who want to grow. If all they want to do is safety inspections, they are in a dead-end job. If they want to get involved in network integration and digital information, they can grow for years. The interaction of biomed and IT is growing strong and biomeds are going to have to speak the language.”

A CBET from New England with more than 16 years experience echoes Hibbs. “If a BMET works with a progressive management team then there would be more job/career satisfaction. It’s not the money. The BMET field is rapidly moving to the [information technology] field, with this hospital being totally wired for networking everything so that we can offer virtual medicine, real time doctor’s consulting, to smaller hospitals,” he says.

A manager from Texas provides final words of advice: “If you put a lot of effort in you can do very well in this field. I see so many biomeds in hospitals/clinics just trying to skate by all the while complaining about workload and salary. It seems you get what you’re worth in most cases. If you’re really not being fairly compensated, keep working hard, growing, and someday you will be noticed by someone.”

Take It Up a Notch 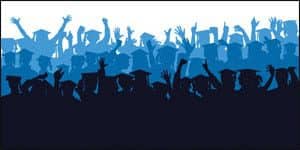 Prepare for the Future

Clicking Your Way to Higher Ed