Wireless technology in health care represents one of the greatest advances in medical efficiency since analog technology was replaced by digital. It has vast potential to save steps, reduce medical error, and improve patient tracking—but it comes with a price.

Wireless technologies in health care have everybody talking. They represent one of the greatest advances in medical efficiency since digital technologies unseated analog ones.

Back when it was a brand-new proposition, wireless got its biggest boost thanks to its vast potential to save steps and eliminate paper—in theory. Now that wireless networks are installed in medical facilities everywhere, however, there are questions: Are we really getting any closer to the paperless patient chart, and was the effort worth the payoff?

C. Wayne Hibbs, a certified clinical engineering technology consultant, says, “One of the great lies in health care is, ‘Our hospital is going to be paperless within 3 years.’ I see more and more laser printers in the offices and nurses’ stations. The electronic medical record is not, in my opinion, reducing the amount of paper generated in hospitals. The computer just allows us to generate more paper faster, although the wireless component of that may actually be reducing the amount of paper simply because we can’t carry around the wireless input device and all the paper at the same time.”

Less Paper?
That is not exactly a glowing endorsement of wireless technologies, but all is not bleak, either, adds Hibbs. “Most of the applications that I see going wireless do have a positive effect on reducing the amount of paper printed in the hospital. Things that used to go on clipboards or were typed into the electronic patient record at the nurses’ station we’re now able to input at the bedside or in the hallway right outside. So we’re not only eliminating a paper interface but also reducing potential for entry errors.”

Illegible handwriting and data entry discrepancies are tiresome gremlins of health care that no one will miss.

It is a start, and a good one, although it does leave some folks wishing for more. Faced with critical staff shortages, hospitals are starting to look at wireless technologies as a way to improve efficiency and ultimately provide better health care. Will wireless devices ever successfully replace people in the positions that go unfilled? Maybe, someday. Will wireless devices save hospitals money? Perhaps, although maybe not on paper costs and probably not right away.

In many hospitals today, wireless devices are everywhere: Everything from pagers to patient monitors jostle for the airwaves. More and more physicians are relying on their personal digital assistants (PDAs), which have become as sophisticated as thin-client, Web-based workstations. Such miniature wireless systems can now be used to file and collect clinical information, order lab oratory tests, review results, write prescriptions, verify insurance eligibility, and submit claims. Administrative, telemetry, and telemedical systems, too, are increasingly wireless, as are equipment-logging and -management systems. Ambulances now contain wireless data and video systems, too. The airwaves, in other words, are filling up fast.

Avoiding Bandwidth Jams
The Federal Communications Commission regulates which frequencies may be utilized by which devices. Most wireless hospital networks operate at a radio frequency of 2.4 GHz to avoid interference from other electronic devices. Wireless hospital networks work by using transceivers linked to antennae at access points. These transceivers collect data from the wireless devices and transfer them to the hospital’s wired network.

“Most of the hospitals right now are working as fast as they can to implement IEEE 802.11b networks throughout the facility. That means in every place except the elevators and the radiology rooms, which are lead-shielded,” Hibbs says.

To buy some time on the inevitable airwave traffic jam, Hibbs says, “there’s also an 802.11g standard that some of them are beginning to use. It’s a protocol being used by everything from cellular phones to all the laptops with wireless networks in them.”

When we say jam, we do not mean a momentary tie-up. Deloitte Consulting in London reports that hospitals spent $190 million last year to deploy wireless local area networks (WLANs) just to link physicians’ PDAs to existing information systems. Furthermore, Deloitte predicts such spending will grow to $400 million in the next few years. International Data Corporation of Framingham, Mass, believes the whole WLAN and wireless devices market will grow to $1.6 billion by 2004. Deloitte believes that improved efficiencies from WLAN deployment in health care environments will be directly responsible for a $12 billion increase in hospital productivity by 2006. This is assuming, of course, that all of these efficiencies do not trip each other up first in some giant air crash.

Bandwidth issues notwithstanding, handheld devices do make hospital life easier for many people, for many reasons. Paper reduction, it seems, is not necessarily at the top of that list; the efficiency and economic advantages realized may offset the disadvantages.

At this point, PDAs, laptops, and the like are value add-ons at hospitals that find themselves embracing major digital technologies such as hospital information systems and PACS. Wireless devices have a way of slotting right into such systems seamlessly, and the newer generations of health care workers who learned to use computers almost before they could walk are taking to them enthusiastically.

A perfect example of the modern wired-plus-wireless facility is the Indiana Heart Hospital in Indianapolis, which is among the first all-digital specialty hospitals. It is a 210,000- square-foot, all-new, all-cardiac facility with 56 beds. It has a fully functioning emergency department and an on-site cardiologist 24/7, and it does everything cardiac-related except for transplants. Here, for sure, nobody is walking around with a clipboard.

“We have 650 computers in this hospital,” David Furst, Indiana Heart Hospital’s chief information officer, says. “We have mobile terminals that are used by clinicians and physicians in some areas of the institution. We have a wireless telephone used for the nurse call system.”

How about the paper situation? “We’re about as paper-light as anybody can be,” David Veillette, the hospital’s CEO, says. “We still have paper because of regulatory requirements for things like advance directives and death certificates and from some report generation from our monitoring so that physicians can see them. But we’re getting the paper scanned into the computer so we can be as paperless as possible. Certainly we have eliminated a significant amount of paper. An average heart patient’s chart is 3 to 4 inches thick. Since we don’t have paper charts, we don’t have that.”

So to a certain extent, wireless technologies can and do help with the problem of paper overload. Granted, the paperless ideal can be attempted more successfully in newer facilities that start out wireless and digital and do not have huge backlogs of hard copy. While other processes and systems may be guilty of spewing forth paper and film, wireless technologies in and of themselves do not seem to be generating reams of pulp. If anything, the worst problems in a wireless environment are more likely to stem from bandwidth overload.

Hibbs recalls a recent chat with a hospital CIO. The CIO told Hibbs that he was monitoring all the network traffic at his facility as a proactive measure. “With all the things they’re doing wireless,” Hibbs says the CIO told him, “[overload] is beginning to be a growing concern: How far are we going to go before all of us are trying to use the same airwaves at the same time?”

Hibbs relates how the CIO was using a spectrum analyzer to monitor traffic density at his hospital to determine “how much it was filling his hallways and airways with constant back-and-forth digital traffic from all the different rolling laptops, handheld tablets, and things of that nature.…When [these devices] start competing in the same band, then it’s just like when you have a regular hard-wired backbone and you get too many users on it at the same time. You start having collisions and competition for the network bandwidth. All of a sudden, everybody’s unit goes down. And that’s what the hospitals are worried about. They’re spending all of this money to install wireless everything so that doctors can walk around with tablets and look at patient charts, nurses can walk around and enter vital signs wirelessly, and respiratory therapists, cardiology therapists, and ECG carts can be wireless and still operate on the same backbone without causing a deterioration in the quality or the response of anybody’s network connection. People forget that wireless has the same bandwidth limitations that wired networks do.”

What of Health Care?
One has to wonder how a bunch of otherwise fairly savvy people can overlook something as major as that. Modern conveniences such as the cell phone, a ubiquitous consumer device that works on the same principle and with which arguably all are familiar, are hardly new inventions. Wireless is wireless. Why is it, then, that other computerized industries are getting it right and moving ahead while health care lags?

Hibbs uses the example of the banking business. He says, “We’re at the point in the financial banking industry where people do everything through check cards and online banking. Hospitals typically are running 10 to 15 years behind the banking industry in implementation of good processes and good quality control. We still have trouble producing an accurate patient bill within 10 days [of discharge]. We’re definitely behind the standard of the industry in utilization of electronic record keeping.”

One reason this discrepancy exists, Hibbs says, is “we have a lot of people [in health care] who are not interested in the IT component. They’re interested strictly in the patient medical care component. They spend less time in trying to change the system than they do in trying to continue to do things the way they have done them for years and years.”

And what of the bold hospitals plunging headlong into the wireless future, where paper and cobwebby attitudes are nowhere in sight?

If you do not count the regulatory paperwork that it is forced to generate (and is digitizing into history as fast as it can), Veillette says, Indiana Heart Hospital is as paperless as it gets. “Most everybody here is using the technology that’s at their fingertips. We are probably light-years ahead of other hospitals, but we’re a long way from where we need to be because there are still many things we have to accomplish before we can get to that point.” 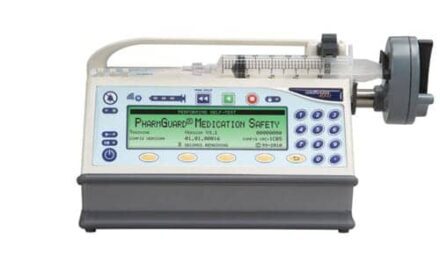