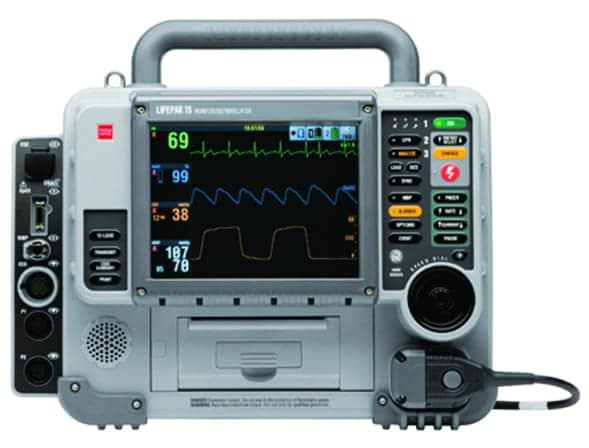 Stryker announces that the company is launching a voluntary field action on specific units of their Lifepak 15 monitor/defibrillators. Specifically, the company is notifying certain Lifepak 15 customers of an issue that may cause the device to lock up after a defibrillation shock is delivered. The lock-up condition is defined as a blank monitor display with LED lights on, indicating power to the device, but no response in the keypad and device functions. A device in this condition has the potential to delay delivery of therapy—a consequence that could lead to serious injury or death.

The company is contacting customers with impacted devices to schedule the correction of their device(s), which will include an update to the firmware for a component on the system printed circuit board assembly. Stryker anticipates that all devices subject to this field action will be serviced by December 31. If a customer experiences this issue, they should contact Stryker as soon as possible at 800.442.1142 and select option 7.

Since the initial commercialization of Lifepak 15 in 2009, Stryker has become aware of 58 complaints reported globally for this issue, including six events in which the patient died following a delay in therapy. In all of these cases, at least one shock was delivered prior to the device experiencing the lock-up condition. There are 13,003 devices potentially impacted by this issue and within scope of this field action, Stryker officials say.

Further, the company is instructing customers to continue to use their Lifepak 15 monitor/defibrillators according to the operating instructions until the correction can be completed. Note: Device automatic self-tests do not identify this fault, as it occurs during defibrillation; therefore, customers should continue to perform the daily check as described in the operator’s checklist—specifically, the QUIK-COMBO therapy cable check as described in the General Maintenance and Testing Section (pages 10-4 and the Lifepak 15 Monitor/Defibrillator Operator’s Checklist, number 7).

If a device exhibits the lock-up condition during patient use, the steps from the General Troubleshooting Section (page 10-18) of the Lifepak 15 Monitor/Defibrillator Operating Instructions should be immediately followed: