Biomedical and IT departments are learning to work together to offer better customer service. Career- advancement opportunities are following.

Not so long ago, in the days before monitors, pumps, and just about every other piece of medical equipment known to mankind went high-tech, biomeds gave nary a thought to things like local-area networks. Same with data archiving, project management, and the entire panoply of issues routinely handled by information sciences (IS) professionals. Conversely, IS specialists didn’t spend much time contemplating catheter tubes, flow rates, and calibration.

Now they do. Because now they must.

“There is a convergence of medical, communications, and information technologies, and the pace of this confluence has been rapidly increasing,” says Stephen L. Grimes, FACCE, senior analyst and consultant for GENTECH in Saratoga Springs, NY. “Medical devices and systems are being designed and operated as special-purpose computers, with more features being automated and more health data being collected, analyzed, and stored in them.”

This may present multiple advantages, but it creates a dilemma. Consider today’s smart infusion pumps. As aptly noted by Greg Walton, CPHIMS, FHIMSS, senior vice president and CIO of Carilion Health System in Roanoke, Va, these machines typically “have on board several chips, a couple of levels of applications and lots of software; they operate over a wireless network and are used by clinicians for all kinds of workflow and safety issues. Question: At what point do these machines stop being a medical device and start being a computer? I don’t know the answer, but I know they need integrated support.”

This inability to decide where one form of technology ends and another begins has led many hospitals to hybridize the various departments historically responsible for maintaining each—a smart move, says Eric Rosow, MS, founder and chairman of Premise Development Corp in Hartford, Conn, and former head of biomedical engineering at Hartford Hospital.

“Synergy is produced by the convergence of an organization’s biomed and information technology (IT) teams,” he says. “What biomed brings to the relationship is a very good understanding of the workflow in environments that may be unfamiliar to IT or that IT may be uncomfortable going into—for example, the OR and the ICU. Because clinical and biomedical engineers live within and understand these clinically intensive areas, they are well-suited to play an important role in reducing errors, increasing patient safety, and optimizing workflow. What IT brings to the table is extensive experience in managing complex, multiphase, multiyear, multimillion-dollar projects, such as enterprise-wide clinical documentation.”

“A goal of convergence is to eliminate the complexities faced by our customers,” Walton says. “We don’t want our customers having to try to figure out whether the problem in their equipment is a hardware issue, a software issue, or a network issue. The only thing we want them doing is calling the help desk and telling us they’ve got a problem; we’ll take it from there. And because of our convergence of service groups, we can now approach problems much more holistically.”

Matter of Destiny
Experts like Al Gresch, corporate manager of clinical engineering at Aurora Healthcare in Milwaukee, believe it is not a matter of if or when IT/biomed convergence will occur, but how.

“Now that everything in health care is data-driven, convergence of IT and biomed is pretty much a foregone conclusion,” he says.

Gresch isn’t sure how many hospitals have completed the journey to integration, or even how many are just beginning. However, if he were to hazard a guess, he says that the vast majority are at least on the road, with most of those already far along on it.

“The first hospitals to explore IT/biomed convergence did so more than 10 years ago as more and more programmable medical equipment with the capacity to collect, store, and transmit data came into use,” Gresch says. “The need for convergence intensified as technology moved forward and it became necessary to accumulate and analyze data.”

Integration received a big boost in the run-up to the anticipated failure of older computer chips brought on by the arrival of the year 2000—Y2K. “In my health system,” Gresch says, “the initiative for addressing the Y2K challenge was IT driven and managed, but there was strong collaboration with clinical engineering to implement.”

To date, two main models of IT/biomed convergence have taken hold. The first is assimilation, wherein one department acquires the other or merges with it. That’s the model in play at Walton’s company, where convergence began in earnest in 2002, starting with a hierarchical change in which the clinical engineering group was brought under the direct control of IT.

“We stopped calling ourselves information services and became the Technology Services Group to more accurately reflect where we were headed,” Walton says. “I wanted to create an organization that would hire and groom people to be technology professionals, regardless of whether their basic training was in computer science or clinical engineering—or, for that matter, nursing and other allied health fields. I believe that a team is strengthened if the skills of the individuals are optimized. That’s what convergence allows you to accomplish.”

The assimilation model adopted by Hartford Hospital places the biomed department as a division of IT but aims to preserve key elements of their individual identities.

Rosow says that he began making moves toward convergence less than 3 years after taking over as director of biomedical engineering at Hartford Hospital in 1995.

“We were one of the first hospitals in the country to do this,” he says. “We saw convergence on the horizon and wanted to be proactive in addressing it.”

Hartford Hospital took its initial, tentative steps toward IT/biomed convergence when Rosow called a meeting, during which the chief information officer and the vice president of support services heard his proposal for a modest integration of the two departments. After agreement to converge was reached, they set a date to make it happen.

Nowhere to Hide
The second main model of convergence is partnership, an approach taken by Aurora Healthcare. Gresch says the partnership model made more sense to his organization in light of the marked differences in skill sets possessed by IT personnel and biomedical engineers and techs.

“The clinical engineer’s strength is his intimate knowledge of the front-end device and the device’s clinical impact,” he says. “The IT professional’s strength, on the other hand, is his deep familiarity with network technology and usage management. As such, it’s much harder to blend those divergent skill sets than it is to pair them.”

Organizationally, to create a bridge between IT and biomed, it’s necessary for management to first “identify the deployed systems and applications that touch upon both clinical engineering and IT,” Gresch says. “You then establish the responsibilities of each department, but in a way that’s transparent to the end-user so he or she doesn’t have to try to figure out which department to call when help is needed. In effect, there should be a designated first-responder—that person would then take ownership of the problem and decide which other resources to bring in—because the customer’s expectation is that the person he or she calls for help is the one who’s going to resolve the problem, or at least make sure resolution takes place, and will be held accountable if resolution doesn’t occur.”

No matter which model of convergence is adopted, Gresch says biomeds come out ahead.

“This is about producing synergy through the breaking down of barriers,” he says. “For biomeds, these broken barriers mean better opportunities for career advancement.”

Walton agrees. “The professional who is comfortable in both the biomed and IT worlds is the one who will advance furthest and/or fastest,” he says. “A biomed school graduate now has the ability to rise to a hospital senior executive level—a health-system vice president of technology, for example. Before, in many systems, that same recent biomed graduate might not reach the C level within their organization.”

Advancement in a converged environment isn’t a slam-dunk, however, he warns.

“In order to reach the top levels,” Walton says, “biomeds are going to have to learn how to think and act strategically. They have to work hard on understanding the big picture.”

Gresch expresses confidence that convergence efforts in the future could go smoother thanks to biomed schools making introductory IT a part of their curriculum.

“The new biomeds being produced are graduating with a helpful basic level of understanding about how medical devices connect into a network and how they store and process collected data,” he says.

Acceptance of the changes wrought by convergence is difficult for some because there’s invariably a political dimension to it.

“You have those who want to battle to protect their turf—that’s just part of reality,” Rosow says. “The bottom line is, effective pursuit and achievement of organizational goals will require CE and IT collaboration. I believe that this collaboration will become more extensive and strategic in the years to come.”

In Grimes’ opinion, refusal to accept convergence is not an option. “They’ll have to do this if they want to avoid going the way of the dodo,” he says. 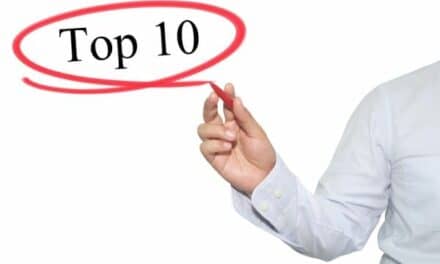