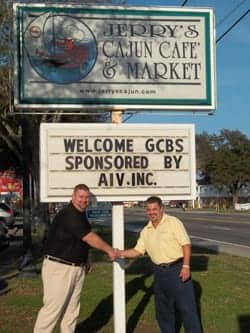 Maintaining and supporting a local biomed association presents challenges for almost any group of people, but those issues become exacerbated when they are stretched out across a state as large and diverse as Florida. In the 1980s, the state boasted several local associations, but not a statewide group. At a meeting for the American Society for Healthcare Engineering (ASHE), a group of biomeds set out to change that.

“It was a meeting in which a lot of biomedical technicians and department managers just happened to be at the right place, at the right time,” says Lou Katchis, BSEE, MSEE, MBA, CCE, biomed specialist at Baptist Health South Florida, Coral Gables, Fla, a founding member of the Florida Biomedical Society (FBS), and current association treasurer. “It was a really good meeting, and a lot of people from all over the state were there. It kind of showed that there’s an interest in educational programs and that sort of thing. After the ASHE meeting was over, they called group meetings together of all the people from Florida. Within about a year, we had formed a corporation. We had bylaws and had organized the whole thing. We had a symposium essentially our first year.” 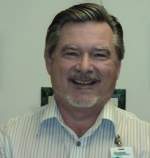 Bill Hart, the association’s past president, restarted the CFBIS, which had been dormant for several years.

“Everyone has their own organization in their own territory, but if you’re a member of the local one, you’re a member of the state one automatically,” Katchis says. “We didn’t try to set regulations on everyone. We wanted everyone to be autonomous as far as rules. When you pay your dues, you pay them to the state organization. It’s organized that there’s tribute paid to the state association so that we can run the educational programs.”

A Focus on Education

The FBS’s primary driver is clear: education. Put simply by current FBS president Bill Hascup, BMET III at TriMedx, Pensacola, Fla, the association’s mission is “to provide support and educational opportunities to the biomeds of Florida.” Be it through offering classes on topics ranging from networking to preventive maintenance, or bringing in vendors to supply educational opportunities on new offerings, every FBS event, whether on the local or state level, offers some sort of education to its members.

Hascup and Katchis are both adamant about the support that vendors offer the association. While the statewide association has a sizeable budget—as aforementioned, anyone who joins one of the local chapters pays dues to the state chapter, which are repaid in educational services—vendors play an integral role in the offerings and sustainability of the association and its chapters.

“Vendors are the only reason that we’re still doing this,” Hascup says. “We couldn’t do what we do on a yearly basis without the vendors. I’ve been in this field for 12 years now, and I’m at the point where I can make a phone call and have sponsorship for my next meeting. They want to be out there. They want to know the biomeds from Florida. They support us with free education. They sponsor social events where we get to learn about their product and about them. And they get to know about us. They get some networking opportunities with our guys.”

Networking, both personally and professionally, also plays a strong role in the structure of FBS, and not just between vendors and biomeds. The ability to network and meet members of the field has become one of the primary drivers of attendance and new membership, according to Katchis. The common refrain goes, “It’s not what you know, but who you know,” which resonates with members of FBS, as many use chapter meetings to interact with local biomeds and seek out job openings. 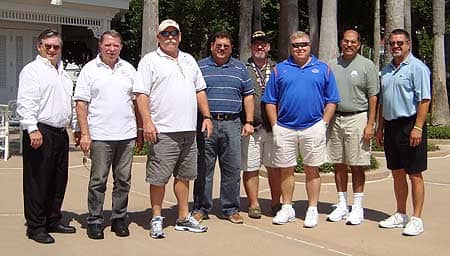 “A lot of people who are either unemployed or new to the field and want a job come to meetings,” Katchis says. “They can network and see where the opportunities are. Some people join the association just for that reason. There are probably two or three people at every meeting who are looking for a job or looking for a change. When you’ve met someone personally, if there’s a job in your hospital system, you can point them toward the job and also to the right person to talk to in order to get interviewed. It’s an inside track.”

Despite these networking and educational opportunities, the FBS, primarily on the local level, still struggles with attendance at events and keeping portions of the membership active and engaged.

The association’s primary statewide membership drive comes from its annual symposium, which for the last several years has taken place in the centralized location of Orlando. Due to interest culled from recent symposiums, Bill Hart, biomedical supervisor at Lakeland Regional Medical Center, Lakeland, Fla, and the association’s past president, elected to restart the CFBIS, which had been dormant for several years.

The FBS and its chapters have shown many of the issues that plague new and existing local biomed associations: “Vendor participation is not the problem,” Hart says. “It’s just trying to get everyone there. With the price of gas going up, it takes a toll on it.” 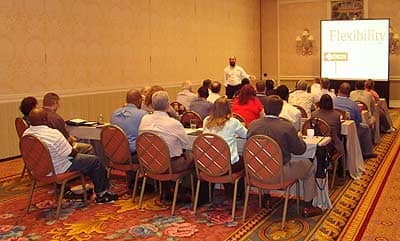 An educational class at one of the FBS symposiums. 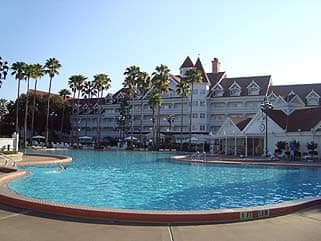 In an effort to combat these issues as well as increase the membership, the FBS—and its individual chapters—aim to strike a balance between business, education, and social events at the meetings. As such, chapters will hold casino nights, beach parties, and Christmas parties to offer members something more than traditional association fare.

Another resource the association supplies for its members is certification training. “One of the things that we’ve worked on is to have a certification training session at most of the meetings,” Katchis says. “I was teaching those, but basically it’s a review class. We tell members about the certification, and I have all kinds of training support for them. I give them materials to study, we go over the test, and I give them a registration paper from AAMI to take the test. It’s mostly preparation. Most of the things that we’re trying are to make it interesting so that someone will support the organization.”

Ultimately, it all comes back to one simple question: How can the FBS best benefit its members? Through strategic event scheduling—for example, the annual symposium is hosted on a Saturday in a centralized location so that as many members can come as possible—and keeping abreast of new innovations in the market, the FBS stays focused squarely on the education and support of its members.

“I’ve seen the growth of our organization since I’ve been on board,” Hascup says. “It’s not due to me; it’s due to the excitement around things that we put out there as a team. The whole board works together from the education coordinator to the local chapter reps to the treasurer, just to put on a great yearly event and support the local chapters in whatever they need.”

The SCBA Creates its Own Association

Kentucky Biomed Association Looking for Members to Get Involved