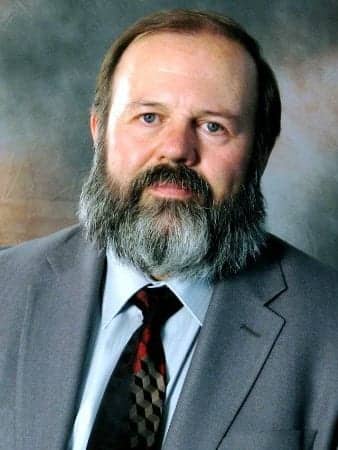 These days, most hospitals use medical telemetry to monitor their patients’ vital signs. Those wireless devices depend on certain bandwidths of radio frequency, known as “white space,” which since 2000 have been allocated for healthcare use. Keeping that space free from outside interference ensures patient monitoring devices function properly. Now, that bandwidth is being threatened by legislation passed in 2012 that would open it to unlicensed devices. The Federal Communications Commission (FCC) has announced a plan it says will allow these devices to safely share the airwaves by protecting telemetry from interference.

The American Society for Healthcare Engineering (ASHE) is the official coordinator for wireless medical telemetry service (WMTS) and one of the leading voices in discussions with the FCC. According to Tim Adams, ASHE’s director of leadership development, today there are close to 6,000 hospitals in the United States. Only about 3,600 are licensed for telemetry use; the rest operate unofficially, hoping for noninterference. If the encroachment of unlicensed devices puts their telemetry on the fritz, those facilities will have little recourse—and their patients could be endangered. Adams spoke to 24×7 about the FCC’s plan, the dangers it poses, and how hospitals can step up to ensure they’re protected.

24×7: Let’s start at the beginning. Why are the airwaves important to hospitals and their regular operations?

Adams: The capability to monitor various physiological parameters was developed years ago. Originally this was accomplished by hardwiring a patient to some type of machine or monitor. There are many situations where it is advantageous for patients to be able to ambulate while still having certain physiological parameters monitored. Hence the advent of medical telemetry. The issue with telemetry is that we are monitoring in real time. A delay of data arriving at the receiver and being processed for display and/or analysis could lead to lost information, or what appears on a monitor to be what we often refer to as dropout—a period of time for which there is no waveform or data.

The signal being sent from a telemetry transmitter is quite small compared to many other radiofrequency (RF) sources. The system must be able to receive the telemetry signal and be able to discern it from other signals or RF noise in that same bandwidth.

When monitoring a patient, all of the information transmitted by telemetry is important and can be critical. So dependability is crucial.

24×7: Until now, what has been the FCC’s policy toward allocating this bandwidth for medical telemetry?

In 2000, at the urging of the American Hospital Association, the FCC dedicated a portion of the radio spectrum for wireless medical telemetry devices. These devices are used to monitor physiological parameters such as heart rate and waveforms, blood pressure, respiration, and fetal monitoring. This bandwidth in the spectrum is called WMTS, wireless medical telemetry service.

Three parts of the spectrum are allocated for WMTS: 608-614 MHz, 1395-1400 MHz, and 1427-1432 MHz. Medical telemetry could operate in these portions of the spectrum as licensed devices. By registering a healthcare organization’s telemetry, coordination can be done to assure that no other medical telemetry within the area is operating within the same frequencies. And there are a few other users of some of this spectrum, such as radio astronomy in the 608-614 MHz bandwidth and utility telemetry in the 1427-1432 MHz bandwidth. Coordination also assures that medical telemetry will not interfere with those licensed users and vice versa.

24×7: When did the FCC start signaling that they wanted to make a change? Who or what is driving it?

Adams: The demand for RF spectrum for the use of wireless technology is growing. There has been some use of unlicensed TV white space for many years, but the WMTS portions of the spectrum were protected and not used. House Resolution 3630, the Middle Class Tax Relief and Job Creation Act of 2012, authorized the FCC to find spectrum that it could auction. With the increased demand for spectrum, and the potential financial incentives, the FCC set the wheels in motion to create additional spectrum that could be used in the ultra high frequency (UHF) bandwidth.

Medical telemetry is licensed and by law should be offered protection from interference. The new devices that will operate in that space will be unlicensed devices, but will have to meet certain requirements.

24×7: How would the old process of divvying up bandwidth change under the new FCC proposal? What provisions is the agency making for hospitals?

Now more than ever, having your telemetry registered is critical.

24×7: What concerns do ASHE and healthcare organizations have about the FCC’s plan? How realistic is the concept of “exclusion zones”?

Adams: Discussion and proceedings are still taking place regarding details about how the TV white space technology will work, the algorithms used to calculate the exclusion zones, and other details. One of the concerns is determining the correct distances for exclusion zones, and what goes into the algorithm to determine those zones. Calculations used to determine the exclusion zones need to take into account that using an “average” hospital as the model will cause a vulnerability for interference with medical telemetry in some hospitals that are not “average” in design, construction, and location. We cannot depend on the “average” type of hospital construction, or the “average” height of medical telemetry deployment in a hospital, or the other “average” buildings around a site where medical telemetry is used. These factors all play a part in how susceptible medical telemetry could be to interference from TV white space devices.

Like many things, the devil is in the details. How well the exclusion zone concept works will be dependent on the correct assumptions, algorithms, and testing being used to create the operational rules. Patients’ lives and well-being are often dependent on the reliability of medical telemetry.

24×7: What progress has been made toward addressing these questions?

Adams: ASHE is working with a coalition that includes telemetry manufacturers and other organizations to address these issues with the FCC. Many of these organizations have been involved in advocacy supporting WMTS since the beginning of the issue with digital TV years ago. [At the time of this interview], we are in the comment stage on the FCC’s Report and Order regarding sharing of the spectrum.

24×7: Will the new approach require the purchase of new devices or updated technology at hospitals?

Adams: ASHE stands firm in its belief that the cost for sharing this spectrum should not be borne by healthcare organizations. Medical telemetry is a licensed user of the WMTS bandwidth and is afforded protection by law from interference. The advocacy efforts taking place are to assure that existing systems can continue to operate effectively and without interference from TV white space devices.

24×7: What do hospitals need to do now to prepare for these changes?

If a healthcare organization has previously registered its telemetry, it needs to check its registration to be sure that the location, number of transmitters, and frequencies used are accurate.

Information regarding WMTS and registration can be found at the ASHE website.