Call for 2016 Nominations for Clinical Engineering Hall of Fame

The American College of Clinical Engineering (ACCE) has announced that it is seeking nominations of individuals who have made outstanding contributions to the evolution and advancement of clinical engineering (CE). The ACCE wishes to recognize the visionaries, leaders, and luminaries who have helped to create and advance the CE profession, and promote the essential role of these professionals within the healthcare environment by inducting them into the Clinical Engineering Hall of Fame (CE-HOF).

Nominees for the CE-HOF can be any person, alive or deceased, who has made outstanding or notable contributions to the CE profession. Membership in ACCE is not required, but self nominations will not be accepted, and a person cannot be inducted to CE-HOF based on a single achievement, extended period of service, or any contribution that can be considered as normal and expected from his/her employment or assignment. Additional eligibility requirements and criteria for nominees and an eligibility form are available on the ACCE website. Completed nominations should be emailed to CE-HOF@accenet.org, and must be received by February 28, 2016.

Individuals or organizations interested in nominating a candidate to the CE-HOF must complete a 2-page form (found at the HOF tab on the ACCE website) and provide clear and concise evidence of the accomplishments that justify the nomination to the CE-HOF Nomination Committee for consideration for induction in the same year. A minimum of 75% of votes received must be positive for induction into the CE-HOF.

The 2016 Inductees will be honored on Sunday, June 5, 2016 at the ACCE’s Annual Members Meeting and Awards Reception in Tampa, Fla. 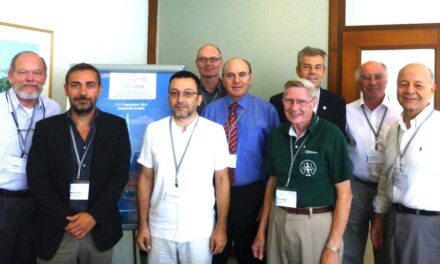