Mary Logan: A Legacy of Change at AAMI 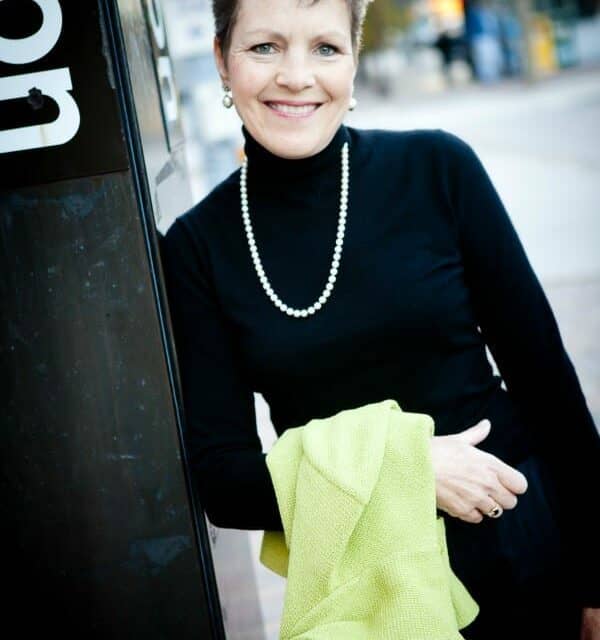 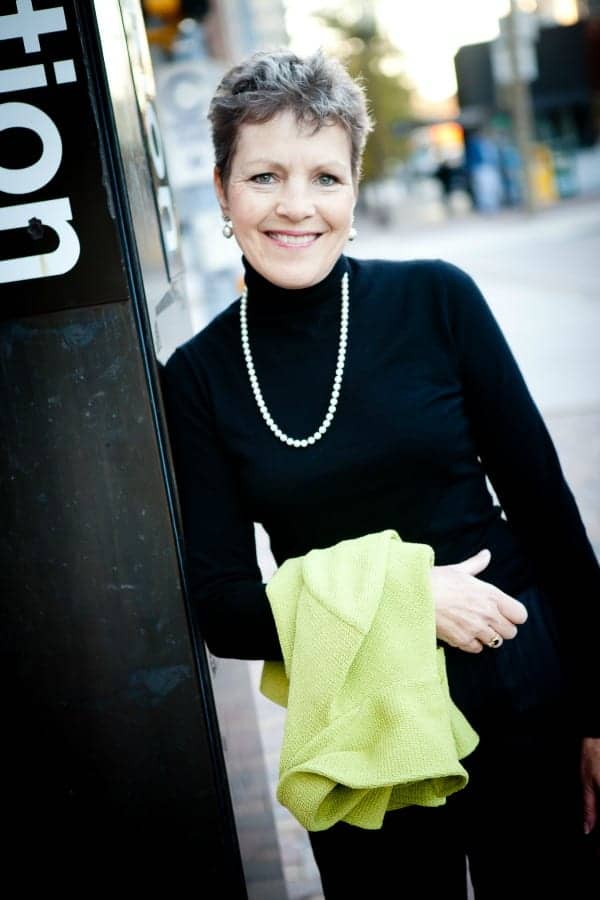 Mary Logan learned many lessons as a child that have served her well throughout her career. But one that has had a lasting impact came from her father, a well-respected Presbyterian minister. He found that moving from one assignment to another was beneficial for the congregation, so members identified—rightly so—with the organization rather than the person guiding it. He asserted that, after 10 years in a leadership position, it was time to move on.

Taking that advice to heart, Logan announced late last year that she will retire as president and CEO of the Association for the Advancement of Medical Instrumentation (AAMI) at the end of 2016. Only the second administrator to run the organization in its 48-year history, she has accomplished a great deal over her nearly 8-year tenure. Now, she’s ready to turn over the organization’s next chapter to a new leader. 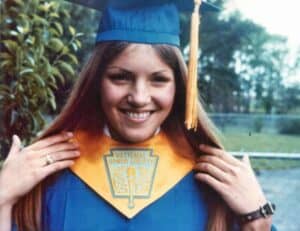 Logan graduated from Lafayette High School in Lexington, Ky, in 1972.

For the next 3 years, Logan built a solid foundation in litigation that has served her well in every other role she has had. The experience taught her to think on her feet and master complex new subjects very quickly, but she still hoped to contribute in a different way. “I didn’t like the constant fighting of litigation and wanted a job inside an organization so I could help solve problems before they became so contentious,” she says.

Coincidentally, at that time the American Dental Association (ADA) was under a consent decree for disparate hiring and pay practices that disadvantaged female professionals, and the association had pledged to add more women to its ranks. Logan applied for, and landed, a position in the ADA’s legal department. Within 3 years, she was promoted to its general counsel. The position, which she held for another 7 years, introduced her to the world of science and medical technology. Logan was the ADA’s lawyer for the prestigious scientific and standards staff, which did extensive testing of dental materials and instruments and led standards development for dental devices and materials. “I had to learn fast, working with such talented scientists,” she says.

After her daughter was born, Logan left the ADA for a less strenuous role with greater flexibility, working as general counsel for the United Methodist Church. Then, in 2001, Logan was lured back to the ADA, this time as its chief operating officer, her first foray into the “true executive ranks.” She remained with the ADA until 2008, and then worked as an executive consultant for a year before assuming her current role with AAMI.

Named president and CEO of AAMI in April 2009, Logan was once again thrust into a deeply scientific environment. “I was familiar with technology and with the FDA and regulatory processes, but not familiar with devices used in acute clinical care,” she says. “There was a steep learning curve.”

Her legal training helped get her up to speed. “Every day I was presented with a new set of facts and circumstances to master so I could help people solve problems. At that point in my career, that curiosity to master complex new subjects was embedded in my DNA. Everything I learned in every prior job helped me be able to dive right in.”

During her first 90 days on the job at AAMI, Logan interviewed more than 100 people to get a handle on the field and learn what had been done in the past. Those conversations helped Logan draft an organizational assessment with a number of recommendations for change, which she says received overwhelming support. Over the coming months and years, her proposals were implemented across the association. The recommendations also helped inform the first strategic plan developed under Logan’s leadership.

With her guidance, AAMI developed a new, four-page strategic plan establishing clear-cut goals and measurable priorities. That vision was updated several times before it was successfully completed at the end of 2014. AAMI is now deep into its second strategic plan, which will conclude in 2017. According to Logan, it took some time for everyone to learn how to truly operationalize a plan, which sets priorities above and beyond the day-to-day work of the staff and already busy volunteers. 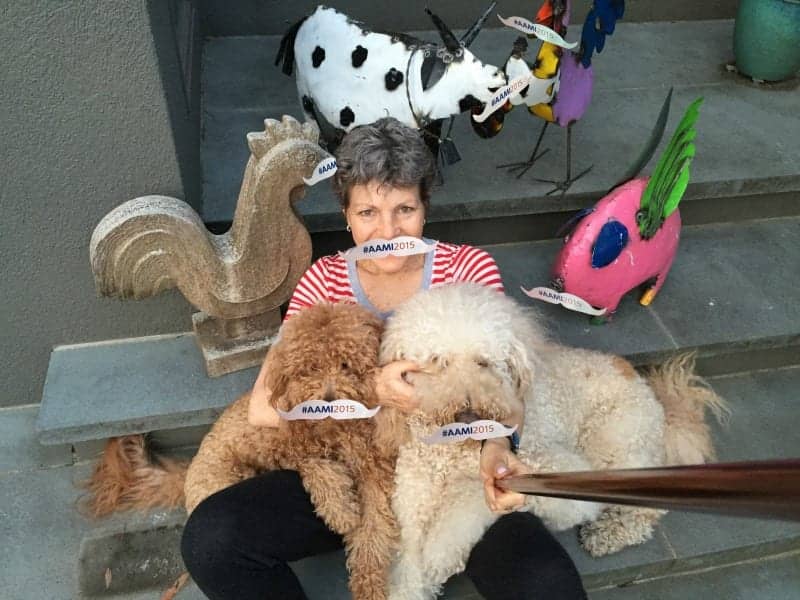 Logan took a selfie to promote AAMI 2015 with her dogs, Gidget and Ellie.

One of the first plan’s top priorities was the launch of AAMI University to provide distance-learning opportunities for healthcare technology management (HTM) professionals. Logan doesn’t claim credit for the idea, asserting that her role was simply to be open to ideas and encourage pursuit of them. Within a year, the organization had assembled faculty to begin work on training programs.

“Building out the online curriculum for AAMI University is a long process that is still a work in progress, but we are delighted with how far we have come with our vision,” she says.

Another priority that emerged from AAMI’s current plan is a focus on the aging HTM community and strategies to recruit new workers to the profession. “We need to attract and engage the young people and students interested in the field to create a pipeline.”

To generate interest in the HTM profession at an earlier age, AAMI held a high school essay contest earlier this year, which Logan says proved successful. “It created visibility for the field. More than 200 high schools that didn’t know about us now do.”

Collaborating with other professional organizations has been a hallmark of Logan’s presidency. When she first came to AAMI, the board charged her with “rebuild[ing] camaraderie within the HTM community.” During her first year on the job, she met with more than 50 organizations to better grasp the landscape. Throughout her tenure, she developed new relationships and strengthened existing ones with The Joint Commission, DNV GL, the Centers for Medicare and Medicaid Services (CMS), the American Hospital Association, the American Society for Healthcare Engineering, HIMSS, the American College of Clinical Engineering (ACCE), and ECRI Institute, among many others.

“The field needs strong, cohesive voices from the entire HTM community if it’s to become more visible,” she says. “A siloed approach in today’s world just doesn’t get traction. For any organization to be successful, you need collaboration. You need to present as a unified whole.”

But Logan’s proudest personal accomplishment is the transformation she helped forge in the AAMI Foundation. Prior to her arrival, the Foundation had confined its activities to presenting annual awards and hosting scholarly lectures. In her 90-day report to the AAMI board, Logan noted the potential to establish more meaningful activities.

In 2009, the Foundation launched its Scholarship Fund, which this year awarded $12,000 in grants. Two years later, AAMI staff “put a stake in the ground” by persuading the board to fund patient safety initiatives through the Foundation.

“The idea was to look at persistent patient safety challenges that could not be solved through standards or regulations, especially around the adoption of healthcare technology,” Logan notes, citing alarm management as one of the earliest issues the Foundation addressed. “No other organization was even attempting to tackle these complex technology-related issues. It was a sweet spot for us.”

Under Logan, AAMI deepened its focus on patient safety by partnering with the FDA to host a series of annual summits. The first event, held in 2010, centered on infusion safety and was “wildly successful,” Logan says. Since then, the organization has held gatherings at least once or twice per year targeting topics like interoperability, home healthcare, medical device reprocessing, ventilation technology, and alarm management.

Challenges in the Profession

Despite the advances AAMI has made over the last several years, Logan still sees persistent challenges in the HTM field, such as the profession’s ongoing struggle for visibility among senior healthcare delivery leaders.

That concern came to the fore in one of her early external meetings, when the then-CEO of the American College of Healthcare Executives suggested that a first step toward raising the field’s profile was giving it a single, clear name. Shortly thereafter, AAMI led an initiative to help the profession agree on a unifying title that was “future-oriented and articulated clearly what the profession is all about: managing healthcare technology.” The term HTM has met with a mixed response among biomeds, but it has been adopted by many in the profession, including this publication.

A second task that still need to be addressed involves establishing a standardized set of credentials and core competencies for BMETs. “If a BMET in California moves to another state or even to another hospital system within the same state, the hospital needs some assurance that the person has a standardized set of skills and competencies, just like everyone else hired at the same level,” Logan says. AAMI has worked on developing standardized core competencies, job descriptions, and career levels, but educating the profession on their use will take years, Logan says.

A broader challenge for the industry, she notes, is the convergence of medical devices with information technology. As technology continues to evolve and the industry’s needs change, the profession needs to be ready to adapt to and adopt new skills.

Additionally, Logan cites the need for more women and more ethnic diversity. “The HTM profession is overwhelming white males. The opportunities are phenomenal for individuals from ethnically diverse backgrounds and women to excel. Organizations are looking for diversity,” she says. “Women more naturally bring soft skills to their work, which are critical in healthcare today. It’s all about providing great service, not just having technical skills.”

The “Magic” of AAMI

Logan’s accomplishments have not gone unnoticed by the profession. In 2016, the American College of Clinical Engineering awarded its HTM Champion Award to Logan for her efforts in the field, across the healthcare ecosystem, in government, and the general public. She is the fourth recipient of the award and the first nonphysician winner.

As Logan prepares to step down, she hesitates to offer advice to a successor, preferring to wait until the position’s leadership criteria are set, a finalist emerges, and it’s clear what new strengths the individual will bring to the role.

However, if she met the future CEO today, she says, she would emphasize how remarkable AAMI is. “The organization is made up of dedicated, committed, passionate individuals who care about patient safety,” she says. “It’s a neutral, science-based, apolitical organization known for being an honest broker. That’s the magic of AAMI.” 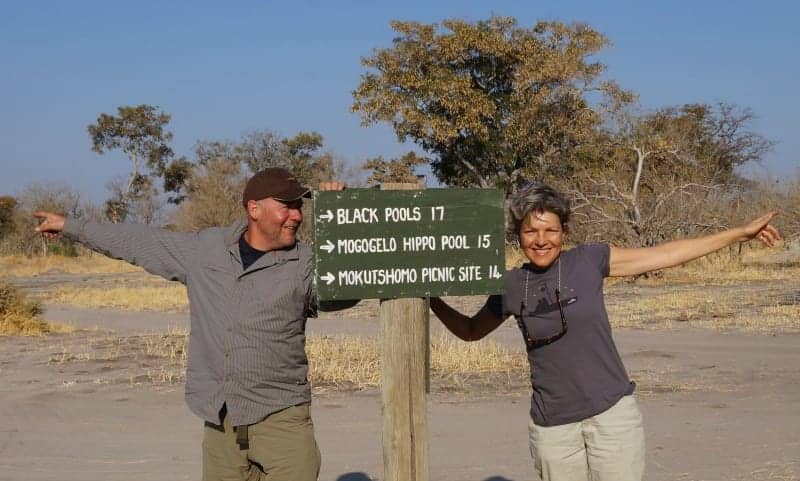 Logan and her husband John Stellberg in Botswana in 2014.

When Logan, who is 62, relinquishes the reins at the end of the year, she intends to step away completely. “I want to retire at the top of my game,” she says. After several “fabulous years,” she is ready to hand over leadership to another individual who can guide the organization. She and her 70-year-old husband have both been working since they were 16. “We are hard-driving, hard-working people. But we want time to play in our garden and travel. We plan to take classes at Georgetown University and take long walks,” she says. The couple also intends to spend more time with their children and grandchildren.

As she plans to focus on full retirement, Logan offers one parting piece of advice for HTM professionals. “Get out of the basement and go up to talk to people. Learn how to do presentations and build relationships with nurses. Embrace the fact that this is a service profession and your greatest value is your service to your clinical colleagues.” 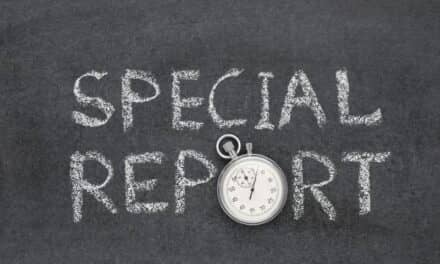