Thoracic Ultrasound May Be Alternative to Fiberoptic Bronchoscopy

According to a research article published in the Journal of Ultrasound, thoracic ultrasound may be a specific, sensitive, cost-effective alternative to fiberoptic bronchoscopy for verifying the correct position of a double-lumen endotracheal tube (DLET) before one-lung ventilation. At this time, fiberoptic bronchoscopy is still considered the gold standard for this procedure.

According to the original research article, a pilot study was conducted at Bellinzona Regional Hospital in Switzerland to compare the time requirements, specificity, sensitivity, and cost-effectiveness of preoperative fiberoptic bronchoscopy by a staff anesthesiologist, and thoracic ultrasound performed by a trained nurse anesthetist for confirming correct placement of left-sided DLET in patients undergoing thoracic surgery. The controlled, crossover, blinded study included 51 patients with an American Society of Anesthesiologists physical status of 1 to 3, and a mean age of 62.6 years. The patients in the study were undergoing thoracic surgery using one-lung ventilation.

The pilot study showed that, while both approaches were equally sensitive and specific for confirming correct left DLET positioning, thoracic ultrasound could be used to rapidly verify the proper function of the tube based on the demonstration of correct lung exclusion. The research team also found ultrasound to result in a shorter procedure time than bronchoscopy.

Andrea Saporito, MD, is the study’s principal investigator and a consultant anesthetist at Bellinzona Regional Hospital in Bellinzona, Switzerland. Saporito and his colleagues, who first presented a poster on the study at the 2013 International Symposium of Ultrasound for Regional Anesthesia, Pain Medicine & Perioperative Applications, noted that their findings must be confirmed with a larger sample size. 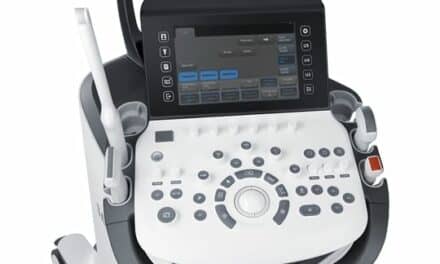