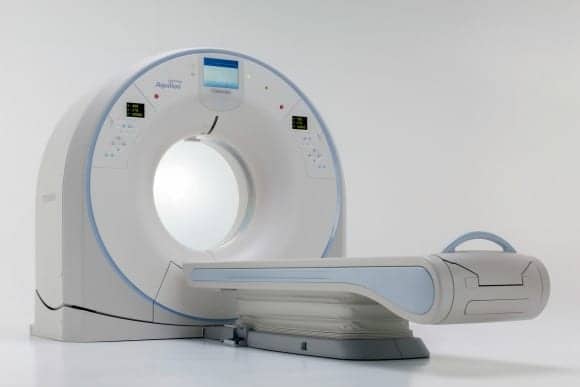 The Aquilion Lightning CT system, displayed at the Radiological Society of North America annual meeting in 2015.

Industry insiders reveal that Toshiba Corp is reportedly planning to sell its entire medical business, instead of only a majority stake, in an effort to boost profitability. Speculation about the move comes on the heels of the Japanese electronics and industrial company’s $1.6 billion accounting scandal, which led local authorities to recommend levying a 7.37 billion yen ($60 million) fine—a record sum—against Toshiba.

In December, Toshiba President Masashi Muromachi revealed plans to sell “at least 50% and as much as 100%” of Toshiba America Medical Systems (TAMS) as part of a restructuring plan. “That will depend on the talk with a buyer, but we already have been approached by several companies,” he told journalists in Tokyo.

Previously, insiders valued TAMS at between 400 billion yen to 500 billion yen ($3.5 billion to $4.4 billion). New estimates, however, place the value of the medical business as high as 650 billion yen due to heightened demand for medical business with high growth potential. After all, “the health care business has achieved high profitability and a global presence in diagnostic imaging,” Toshiba said in a statement in December. “However, securing further business requires the allocation of sufficient business resources for [research and development] and others.”

Global buyout firm KKR & Co, as well as imaging companies Canon Inc, Fujifilm Holdings Corp, and Konica Minolta Inc, have all been named as possible buyers of TAMS. The deadline for bids is Friday, March 4.

For any updates about a potential buyout, visit Toshiba America Medical Systems’ website. 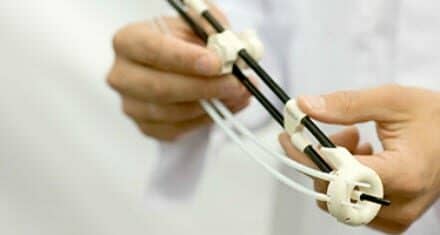