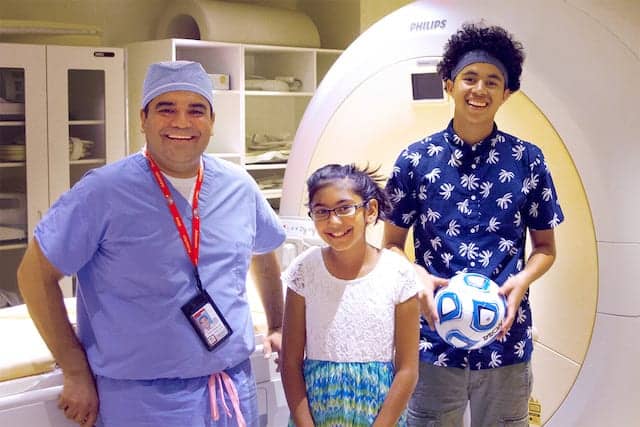 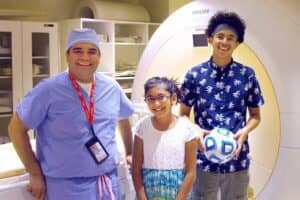 Doctors from the Sheikh Zayed Institute for Pediatric Surgical Innovation at Children’s National Health System in Washington have completed a clinical trial that demonstrates how osteoid osteoma, a benign but painful bone tumor that commonly occurs in children and young adults, can be safely and successfully treated using an incisionless surgery method called magnetic resonance-guided high-intensity focused ultrasound (MR-HIFU).

Published in The Journal of Pediatrics on Aug. 17, 2017, the study compares nine patients, ages 6 to 16 years old, who were treated for osteoid osteoma using MR-HIFU with a nine-patient historical control group, ages 6 to 10 years old, who were treated at Children’s National using radiofrequency ablation (RFA) surgery, the standard treatment at most U.S. hospitals.1 The study results show that treatment using MR-HIFU is feasible and safe for patients, eliminating the incisions or exposure to ionizing radiation that is associated with the RFA procedure. Children’s National is the first U.S. children’s hospital to successfully use MR-HIFU to treat osteoid osteoma.

CT-guided RFA, the most commonly used osteoid osteoma treatment, requires drilling through muscle and soft tissue into bone and also exposes the patient and operator to radiation from the imaging necessary to guide the probe that is inserted to heat and destroy tumor tissue.

“Our objective is to provide a noninvasive treatment option for children with osteoid osteoma and we’re very pleased with the results of this clinical trial,” says Karun Sharma, M.D., Ph.D., director of interventional radiology at Children’s National and principal investigator for the osteoid osteoma trial. “We have now shown that MR-HIFU can be performed safely with clinical improvement that is comparable to RFA, but without any incisions or ionizing radiation exposure to children.”

High-intensity focused ultrasound therapy uses focused sound wave energy to heat and destroy the targeted tumor under MRI guidance. This precise and controlled method does not require a scalpel or needle, greatly reducing the risk of complications like infections and bone fractures. It is also a faster treatment option, with expected total procedure time of 90 minutes or less. In the U.S., MR-HIFU is used to treat uterine fibroids and painful bone metastases from several types of cancer in adults, but has not previously been used in children.

This breakthrough is the latest from the Image-Guided Non-Invasive Therapeutic Energy (IGNITE) program, a collaboration of the Sheikh Zayed Institute and the departments of radiology, oncology, surgery, and anesthesiology at Children’s National. The goal of the IGNITE program is to improve the quality of life and outcomes for pediatric patients through the development and clinical introduction of novel minimally invasive and noninvasive surgery technologies and combination therapy approaches. The team is led by Peter Kim, M.D., Ph.D., vice president of the Sheikh Zayed Institute.

“The use of MR-HIFU ablation of osteoid osteoma is a perfect example of our mission in the Sheikh Zayed Institute to make pediatric surgery more precise, less invasive and pain-free,” says Kim. “Our leading team of experts are also exploring the use of MR-HIFU as a noninvasive technique of ablating growth plates and pediatric solid tumors. We also have another clinical trial open for children and young adults with refractory soft tissue tumors, which is being performed in collaboration with Dr. Bradford Wood’s team at the National Institutes of Health, and if successful, it would be the first in the world.” 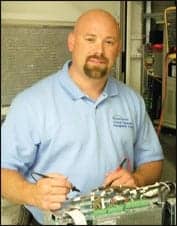 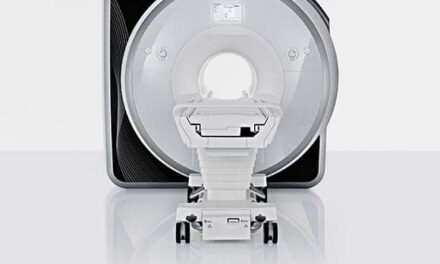