The long-held tradition of a central nursing station with central patient monitoring and nurse call stations for each clinical unit is changing. The original point-to-point wired networks of 8 to 32 adjacent rooms are being replaced by digital Internet protocol (IP) networks that can link entire medical facilities through a single control point.

At this year’s Healthcare Information and Management Systems Society (HIMSS) Annual Meeting in San Diego, there was a showcase of the players trying to plug into the future of patient care. One of the hot topics was the creation of a central monitoring point that we have named “Grand Central Station.” This computer network has  new predictive alarm software and multiple communication connections to the patient caregivers. The transition from classical patient monitoring to the future continuum   of patient care will change our training, responsibilities, and roles as biomedical service and support specialists.

A Brief History of Central Monitoring
In the early 1960s, at the dawn of hardwired electronic patient monitoring, the need for a central station was created. Patient care did not require full time one-on-one monitoring at the bedside, but the liability of not watching the monitor if something happened justified the extra cost of a central station.

The earliest central stations were simply a second CRT screen and an indicator light for the bedside monitor alarm status. It was called the central station because it was located at the central nursing station for the patient room so that the nurse could watch the monitor while performing other tasks.

In the first 10 years of patient monitoring, the central station matured faster than the bedside monitor. Patient monitoring was performed only in surgery, an intensive care unit (ICU), critical care unit (CCU), or the emergency department. Every patient in the ICU or CCU had a bedside monitor, so the central nursing station became crowded with screens on the cabinets. The screens were mounted on a wall of shelves, much like televisions are in sports bars today.

The patient-monitoring vendors took a lesson from the NASA space program and put multiple traces on the same screen. These “screen multiplexers” were made in sets of four inputs to one output. The four-screen central station created the original standard size of ICU and CCU units at 4, 8, 12, 16, and 24 beds to make the central stations efficient.

By the 1970s, the central station was the center of attention for patient monitoring. The central station required a full-time “scope watcher” to alert the bedside nursing staff of changes in electrocardiogram (ECG) patterns, arrhythmias, or cardiac arrests. To document the scope-watcher events, vendors developed single-channel chart recorders with a 2-second delay line connected to the alarm signal.

When an alarm was activated, the chart recorder would plot the ECG signal from 2 seconds before the alarm until the alarm was reset. This was the first attempt at full-disclosure documentation of cardiac events. Patient charts became scrapbooks of single-trace alarm events taped to nursing notes explaining the alarm, the response, and the results. Huge trash cans were required in the nursing station for all the strips from false alarms.

The 1980s were marked by the first applications of dedicated computers for arrhythmia analysis. Smart modules were developed for each ECG channel to identify common arrhythmias and life-threatening events. These computer-assisted arrhythmia systems improved patient care and reduced the reliance on       24-hour scope watchers. Systems would even document the number of events over time for trend plot in the patient chart. Cardiac rehabilitation programs developed with the telemetry systems documenting the level of exercise that could be performed without cardiac effects.

The 1990s expanded the number of patients throughout the hospital that were monitored. Physicians began to realize that the telemetry-monitoring units provided better patient care than routine medical or surgical patient floors. The patient-monitoring technology had some effect, but the real difference was the staff. Higher trained and more involved nursing staff wanted to work in the telemetry areas. Traditional nursing staff did not work with the telemetry technology and therefore were perceived to provide lower-quality patient care.

A Revolution in Patient Monitoring
In 1999, nursing, architecture, and patient-monitoring technology all took a quantum leap at the same time. Methodist Hospital of Indianapolis developed the first “universal care room” that was designed for patient care from admission until discharge. With the proper room design, nursing staff, and various levels of patient monitoring, a patient room can provide basic vital-signs monitoring, cardiac telemetry, continuous noninvasive monitoring, or complete ICU invasive monitoring.

The universal care room has not been widely adopted because of some nursing-staff apprehension about the wide range of nursing skills required to support that concept. The universal care room concept has sparked the development of multiple new types of “adaptive care,” “adjustable acuity,” and “transitions support” rooms that meet all the patient-stay monitoring needs except full ICU support (See Sidebar on this page).

As the new patient-room designs changed the fixed-site monitoring to adjustable-level monitoring, the central nursing station has also changed. Electronic medical records (EMR) have moved the nursing functions away from the central nursing station chart racks to the beside or hallway computer workstations. These individual patient electronic charts allow the medical and nursing staff to have access to the patient-progress chart at multiple locations for documentation, review, and order entry.

The patient-monitoring vendors have met the development of EMR workstations with central computer file servers for network integration. The traditional bedside monitor has been directly wired to a local central station where the nursing staff can monitor the patient assigned to him or her. The central station could have a mixture of hardwired or telemetry patients, but they were all in the direct vicinity of the central station. This traditional network limited nursing care to the specific clinical unit where the patient was located.

The new generation of patient-monitoring networks consist of a bedside or telemetry patient monitor (Sidebar, page 30) that connects to a central database server for the entire facility. The central database server then provides real-time, trend, and full-disclosure history data to any workstation display in the network and a Web server. The Web server provides information for physicians outside of the network through a password-protected browser. This allows multiple people at various sites to access a patient monitor at the same time for review and discussion.

In the patient care area, this workstation could be a traditional central nursing station computer, or a workstation mounted in the hall outside the patient’s room or inside the room itself. This interaction also allows the nursing staff to review patient conditions before transfer from emergency, surgery, or other clinical areas.

The Future of Central Monitoring
Early adopters of the central patient-monitoring server network have now taken the concept to a new level. One Grand Central Station can review and monitor multiple floors and departments of patients using the computer alarm tracking features. When the display is highlighted on alarm or by exception type of logic, one extensive workstation can monitor hundreds of telemetry and hardwired patients at the same time. By using cell phone, emergency phone, and video connections, the Grand Central Station can be the safety net for an entire health care facility.

The latest Super Users are now connecting multiple facilities to one Grand Central Station for patient monitoring—much like an air traffic control network—for hospitals miles apart from one another. The sites that have gained experience have also developed a rotation schedule for ICU nursing staff to work in the Grand Central Station for two or three shifts per week and at the bedside for the rest of the time. They have found the importance of variations in assignments.

Methodist Hospital of Indianapolis was an early adopter of the universal care patient room and the Grand Central Station monitoring process. Now it is one of the beta test sites for a predictive monitoring program, developed in England by Oxford BioSignals originally for aircraft engine maintenance, that hold the potential to predict patient events in time to intervene.

The original goal for central station monitoring was to detect a cardiac arrest within 2 seconds for a fast medical response to save the patient. New technology with a Grand Central Station with predictive trend software may be able to identify and treat a potential cardiac arrest 2 minutes, 20 minutes, or even 2 hours before the arrest happens. If successful, predictive alarms will have a tremendous effect on patient recovery, length of stay, and cost of treatment. This would be a great justification for Grand Central Station.

C. Wayne Hibbs, CCE, is president of LifeStructures Technology Planning, Indianapolis; and is a member of 24×7’s editorial advisory board. 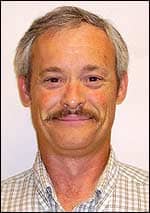