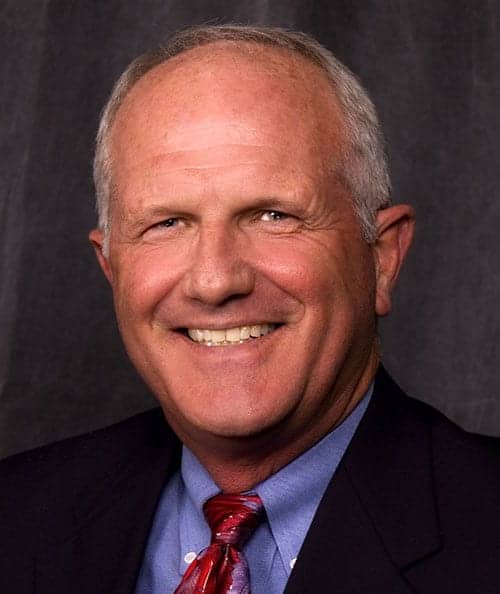 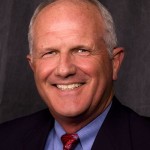 Homeowners seeking a new refrigerator might check out the ratings on popular models at Consumer Reports, trusting the extensive testing the magazine performs on every product, before making a purchase. On the other hand, a buyer in the market for a new motor vehicle might scan the J.D. Power rankings, which hold significant sway, in not only the automotive industry, but several others as well. When Kent Gale, founder of KLAS, noticed a lack of similar options for medical device purchasers, he decided to do something about it.

In 1996, Gale was working in Tucson, Ariz, for Sunquest Information Systems, a lab information system that obtains readings from chemistry and hematology equipment and sends results to the doctors’ offices. The company had filed an initial public offering and began conversations about how to be more financially strong, basically considering a support reduction. “That triggered a thought,” he says. “Wouldn’t it be interesting to measure vendors on how well they are keeping their commitments?”

With that idea in mind, Gale left Sunquest in July 1996 and spent the next few months creating a 130-question questionnaire, which he brought to the HIMSS conference in 1997. Each question sought performance information from providers on the products they were using. “It took one-and-a-half to 2 years to get enough information to compare major players,” Gale says. Within 3 years he realized a cash stream and KLAS was off and running.

After 25 years in the business, Gale had built an extensive network, so reaching out to healthcare executives for opinions was not insurmountable. Realizing that networking is key to assembling a critical mass of useful information, KLAS continued to build those alliances. It now has a strong partnership with almost every hospital in the country. The combined feedback from these entities provides a wealth of data that is disseminated to providers to help them make informed decisions regarding equipment purchase. “Our key passion is to find hard-to-get data and tell the provider things they don’t already know. We don’t waste energy on public knowledge,” Gale says, emphasizing that all data is confirmed and validated.

In the early 2000s, KLAS began measuring performance on more expensive devices, such as magnetic resonance imaging, computed tomography, and ultrasound machines. “We measure the data to determine the real versus magical promises. Ads might be deceptive. KLAS investigates to see if the vendor has data to back up its claims,” Gale says. For example, KLAS worked with a large organization that wanted to buy an EMR system. “This was a $250 million decision,” he reports. “Another group faced a $750 million decision. Smaller organizations sometimes buy clinical decision support software that costs half a million dollars.”

Providers usually come to KLAS with a request to evaluate a particular company, but sometimes KLAS assesses companies on its own initiative. Referrals are easy to come by, and conference attendee lists offer a rich source of clients to measure vendor performance. “We get pressure every day to rate companies, but we don’t have enough bandwidth to do them all,” Gale says. “You have to have more energy beyond just one vendor request. Sometimes we get fascinating requests. And some vendors don’t want to be measured, but it’s not up to them.”

KLAS staffers take between 2 and 6 months to collect and report the data. “Our focused mission is that everything we do benefits the provider. Throughout the last 15 years, the providers have been loyal in providing data,” says Gale.

KLAS’ advisory board, which comprises 12 providers, along with a special advisory board for medical imaging equipment and an international advisory board, helps decide who will be evaluated. The boards also ensure that data remain accurate, honest, and transparent. Gale emphasizes that transparency is a key principle for KLAS. “If a vendor can buy a higher rating, then none of the data is valid,” he asserts.

Since its inception, KLAS has evaluated a number of major vendors, including GE, Siemens, McKesson, Cerner, Epic, Fuji, Toshiba, and others. “We look at companies with a wide swath across the world, for sure including companies that have a bigger footprint,” Gale says. “When it comes to fringe players, we have to decide who we’ll measure.”

KLAS conducts approximately 2,000 interviews a month, 90% of those by phone from its Orem, Utah, headquarters, although staff sometimes make on-site visits to major healthcare providers.

The data collected by KLAS is available to participating providers at no charge. If they choose to pay a fee, KLAS takes on the role of a concierge, and will schedule conference calls to discuss specific questions with the provider.

Eighty percent of funding for the company comes from vendors, investment and consulting firms, according to Gale. Moreover, 90% of the vendors they rate buy some access to the data. “Vendors have become interested intimately in the scores,” he says. “Our model is unique in that the customers are providers and they don’t have to pay for the data. Our energy goes into what the provider needs.”

Software Under the Microscope

In addition to measuring medical device performance, KLAS has also been monitoring software for the past 17 years across a number of acute and ambulatory care organizations. The types of software covered range from business intelligence, cardiology, lab information systems, and labor and delivery software to oncology, PACS systems, emergency department, EMR, practice management, and pharmacy. The software questionnaire poses 25 questions. The data collected offer healthcare providers information on sales and contracting, implementation and training, functionality and upgrades, service and support and general issues.

In 2004, KLAS began measuring performance of professional service firms.  The company rates 15 criteria and uses a scale of 1 to 9 (1 = extremely dissatisfied and 9 = extremely satisfied) and “yes” and “no,” when appropriate.  KLAS added imaging and medical equipment to the list in 2005 and asks questions related to operation of medication dispensing equipment, functionality, and satisfaction with product uptime and availability of parts. Equipment evaluated includes radiation therapy, CR/DR/CT, ultrasound, and MR scanners.

KLAS data has been known to bolster a company’s reputation and, in other cases, to inspire behavior change when a vendor receives a negative review. “We’ve seen a major shift. Some vendors proactively want to do better. Some feel the pain of publicly being measured,” Gale says. “When a vendor sees KLAS data will make a difference, they have no problem coming to us to talk. But we have to be incredibly careful to get accurate data. We have to be transparent.” Confidentiality protects the providers who request information on vendors, Gale adds.

Gale cites a classic case of improvement following a low rating. In 1998, McKesson bought HBOC, a company that produces Paragon Community Hospital Information Systems. However, McKesson soon found that the company’s key product was not performing up to par. The new president at the HBOC division of McKesson decided to pull the product off the shelf. “They stopped delivering the product and made some changes,” Gale says. “Within 3 years, this became a top-rated product.”

One of the latest metrics KLAS began to measure is infrastructure, a difficult concept to define. According to Gale, infrastructure comprises unique elements, such as security, engineering, data interface, service, and support. KLAS attempts to bring all the pieces in the puzzle together. “We started this measure 3 years ago and it has plateaued, but it is core to an organization’s operation,” he says, pointing to the recent data breach of millions of customer records from one health system. “This is an example of infrastructure.”

Most recently, KLAS released myKLAS, an app which allows the user to see vendor performance from a mobile device. “So far, this app has gotten a huge response,” Gale says. “You have instant access to a vendor’s performance.” For example, if physicists, directors, and physicians are trying to make a decision on equipment for oncology treatment and are talking to the COO, they can look up performance measures on the spot that indicate whether a vendor company delivers on its promises or not. “Alternately, you could be talking to the vendors and want to find out if what they’re saying about their product is accurate. It’s right there at your fingertips. The app is a great catalyst for vendor confirmation and opens the door to see more,” Gale asserts.

When he first started the company, Gale misjudged the importance of the job he was undertaking. “I thought there’d be 10 to 15 of us in a room measuring 50 areas. Now we have more than 100 employees who spend the majority of their time working with providers and documenting information,” he notes. “It turned out to be much more, including measuring payroll, billing, clinical decision support, analytical pathways, blood bank, electrophysiology, echocardiography, catheterization, radiology, and imaging systems. Provider appetite exploded.”

And as long as providers are hungry, KLAS will continue to feed them. 24×7

Phyllis Hanlon is a contributor to 24×7. For more information, contact editorial director John Bethune at jbethune@allied360.com. 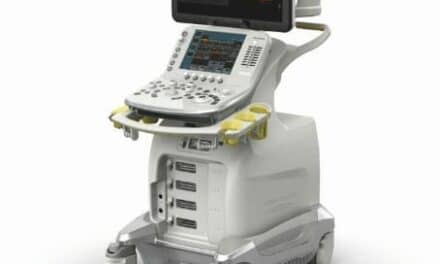 Taking the Pulse of Pulse Oximeters