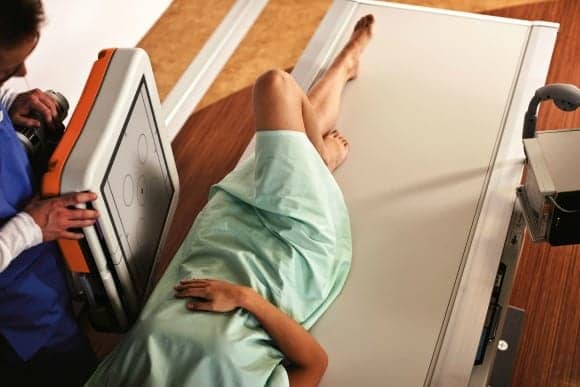 Lake Saint Louis, Mo-based SSM Health St. Joseph Hospital has acquired a Carestream DRX-Evolution Plus digital radiography system, which is being utilized in an emergency department (ED) environment. St. Joseph Hospital’s radiology team installed a wall stand on a rail with a fixed digital radiography detector while a DRX Plus 3543 detector is being utilized for tabletop exams.

“Installing a new DR room is a long-term commitment, and we needed a system that would combine advanced imaging capabilities with ease of use,” says Jamie Rapp, the hospital’s team leader for diagnostic imaging. “With the DRX-Evolution Plus, we are able to image patients more efficiently, reduce dose, and improve image quality,” she adds.

Thanks to the DRX-Evolution Plus, Rapp says, critically ill and injured patients can be scanned on stretchers and in wheelchairs, instead of having to be transferred to tables. “And having the wall stand move along the rail with a Bucky-angulation feature expedites cross-table and other complex x-ray exams,” Rapp says. The system also reduces technologist fatigue, she maintains, since DRX-Evolution Plus’ auto-tracking feature moves the x-ray tube into position—thus preventing repetitive stress injuries. Other process improvements include the ability for technologists to view images and change techniques on a tube touchscreen.

St. Joseph Hospital previously installed a Carestream DRX-Revolution Mobile x-ray system with a DRX-1 detector for general radiography and a small-format DRX 2530C cesium iodide detector for use in the hospital’s neonatal intensive care unit. An existing imaging system was also retrofitted with a DRX-1 detector. Rapp says the ability to move DRX directors between the imaging systems has been a major boon to the hospital—allowing it to continue imaging in the case of a dropped or damaged detector.

For more information about this technology, visit Carestream. 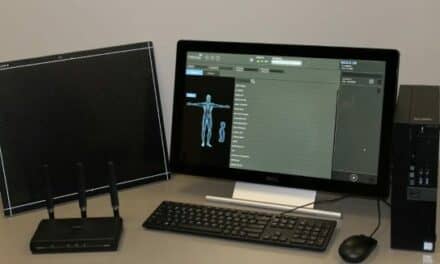 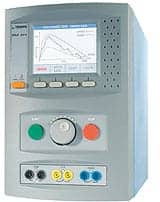