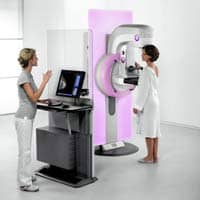 This new algorithm can identify scatter-causing structures and calculate a corrected image, enabling complete use of primary radiation so physicians can achieve high-quality images using less dose. Still pending 510(k) approval, the MAMMOMAT Inspiration Prime Edition is not yet commercially available in the United States.

According to Siemens, in digital x-ray breast imaging, radiation passes through the examined breast to a detector. Primary radiation supplies the information needed to produce the x-ray image, while scattered radiation is absorbed by special grids positioned between the breast and the detector. Unfortunately, these scatter grids also absorb part of the all-important primary radiation, forcing physicians to use a higher dose to obtain images of desired quality. Since mammography means regular screening of healthy women, minimizing dose is extremely important.

Siemens intends for its new reconstruction algorithm for the MAMMOMAT Inspiration system—known as Prime (progressive reconstruction, intelligently minimizing exposure)—to eliminate the need for the conventional scatter radiation grid. The Prime algorithm is designed to correct the scattered radiation by identifying scatter-causing structures and recalculating the image. The primary radiation that radiologists rely upon remains intact. Therefore, a grid is no longer necessary, and lower doses are sufficient to produce high-quality images.

The MAMMOMAT Inspiration Prime Edition is based on the modular MAMMOMAT Inspiration platform for screening, diagnostics, and biopsy used by hospitals and physicians’ offices since 2007. Facilities have the option of purchasing the basic equipment and upgrading to biopsy or tomosynthesis features later as the need arises. 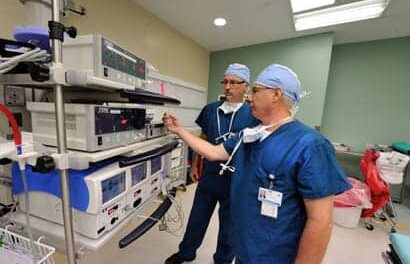