Time for a Recharge? 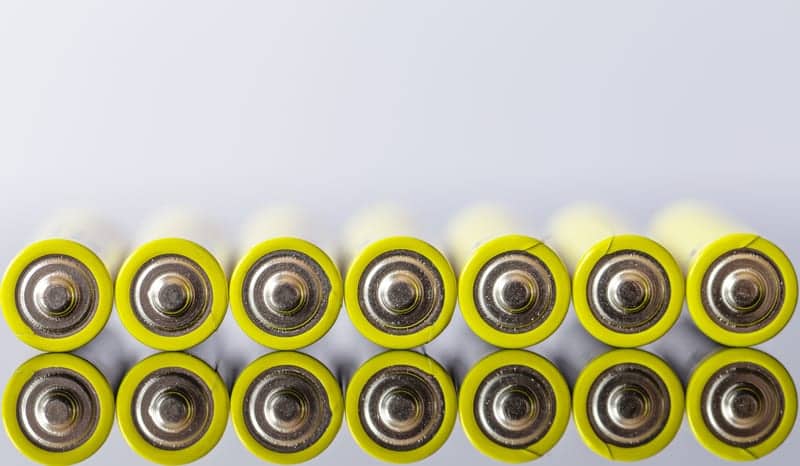 In May, a manufacturer of a non-OEM AED replacement battery received a Warning Letter (WL) from the FDA, following an inspection that occurred last November. Inspection-based WLs cite primary violations of Quality System Regulations (QSR) that were observed during an inspection. Note: The QSR applies to manufacturers—not end users.

It’s also important to note that FDA WL observations tend to be process- and perhaps paperwork-oriented and don’t directly suggest that a product is defective. As  in this case, WLs are not usually linked to a related recall.

However, the issues raised in this WL are things that potential purchasers might be concerned about, and they could influence purchasing decisions under the assumption that FDA-compliant manufacturers make better business partners than those who are not. Other FDA activities that may be considered during pre-purchase evaluation include recalls, medical device reports found in the MAUDE database, and various FDA safety notices. (Inspections themselves, as reflected in the “483” report card, are not automatically available to the public.)

The matters cited in the WL addressed here include failing to validate the design in terms of battery performance and associated software, including lack of test data. In addition, there was a lack of established design control procedures, which the FDA defines as having clear steps and documented reviews. The FDA also cited a lack of complaint handling procedures. Here, the rule of thumb is that if you don’t have documented procedures for receiving and processing complaints, then such complaints aren’t likely to be reviewed and satisfactorily resolved.

The WL also cited a lack of acceptance procedures for incoming components, an incoming quality control step meant to assure that purchased components meet their requirements. There was also a lack of procedures to control nonconforming products, such as identifying and segregating any product that does not meet specifications, and assuring its proper disposition (i.e., discarding it or reworking it).

In addition, the FDA found a lack of procedures and training for corrective and preventive actions (CAPAs)—which require a structured methodology for responding to internal or external issues, including complaints. Specifically, CAPAs are supposed to be opened as necessary, tracked, resolved, and then closed. The CAPA concept also has a place in HTM, where we treat issues that arise in a formal manner, rather than an ad hoc one.

The FDA’s letter to the manufacturer also noted that several of their observations were repeats from 2016, which meant that original issues remained uncorrected more than two years later. To me, this apparent lack of resolution and follow-up suggests weaknesses on the part of both the manufacturer and the FDA. Clearly, the manufacturer did not adequately respond to the FDA’s earlier findings, and yet the FDA did not know this until the more recent inspection—or, if they did, failed to act on their knowledge.

Other deficits cited in the WL—besides those related to the QSR—include a lack of a unique device identification (UDI) on the label, and improper registration in failing to properly reflect the manufacturer’s activities. Despite its many promises, UDIs continue to be an underutilized asset that may or may not be captured in the device inventory or in medical records.

The FDA also noted that AED batteries were subjected to the FDA’s Premarket Approval Process in 2015, due to moving such batteries from Class II to Class III. Moving a device (or, in this case, an accessory) into Class III reflects the FDA’s opinion that such products represent a higher risk that cannot be managed with the lower classification.

The manufacturer here has not yet submitted a PMA, although the 2020 deadline for doing so has not yet been reached. The period from 2015 to 2020 reflects the realities of a PMA taking time to prepare and support, and the FDA’s desire to not be overly disruptive. On the other hand, a five-year hiatus may mean that safety issues go unresolved during that period.

While the WL is not intended to be an all-inclusive list of violations, the FDA explains that the findings “may be symptomatic of serious problems in [the company’s] manufacturing and quality management systems.” To resolve the issues, the manufacturer had 15 business days from the date of the WL to describe the specific steps taken to correct the noted violations, as well as explain how the violations, or similar violations, will be prevented in the future.

An open WL can prevent a manufacturer from submitting a PMA, which seems particularly relevant here. In the absence of an adequate response, the FDA can take further steps, including seizure, injunction, and money penalties.

A second AED replacement battery manufacturer received a similar WL, which might reflect the FDA taking a special interest in such batteries. As noted previously, these batteries have not been recalled and their sales have not been restricted. But, as a purchaser, do these issues concern you? And would you prefer a battery that has passed PMA, as opposed to one without an application? After all, federal agencies are advised of the issuance of WLs and take them into account before awarding contracts.