How to Build Your Own Battery Testing Station 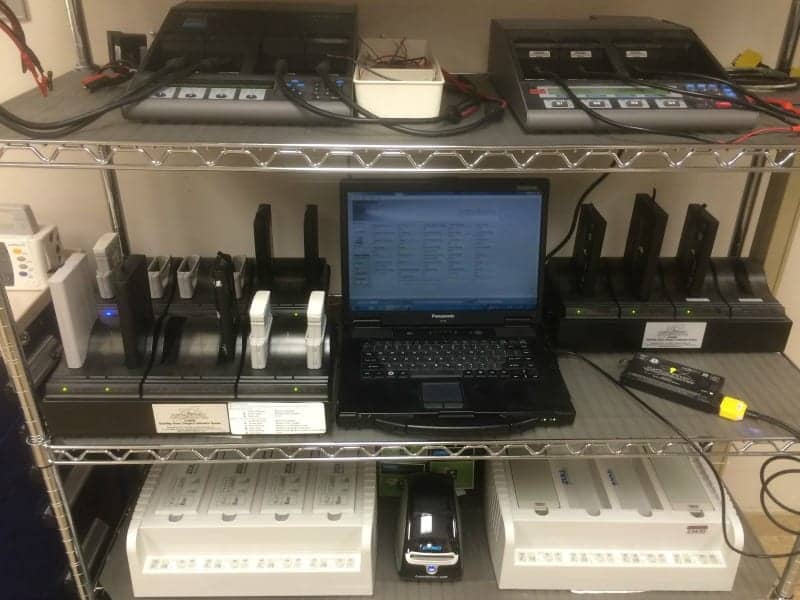 In an article for the April issue of 24×7, “Effective Battery Management Strategies,” contributor Mike Bassett discussed alternatives to following device manufacturer recommendations for battery replacement. Most manufacturers call for regular battery replacement for devices such as defibrillators, mobile x-ray, mobile fluoroscopic systems, ECG carts, infusion pumps, and transport ventilators. For instance, Philips recommends that the lithium-ion batteries in its monitors be replaced 3 years after the date of manufacture or after 500 charging cycles, whichever comes first.

As a biomed for Saint Francis Medical Center in Cape Girardeau, Mo, I’ve seen firsthand how expensive that approach can become. In the article, I described how I developed my own battery testing station to measure charge levels and save money. “The initial investment up front wasn’t really cheap,” I told Bassett, “but it has paid for itself many, many times over.” In the first year, the system saved me $44,000 on my battery order. I also use the data to document for the Centers for Medicare & Medicaid Services and The Joint Commission that our department follows an evidence-based system for battery management.

Some 24×7 readers interested in developing their own battery testing station have requested more information. Below is a description of our system in case you would like to create one for your department.

To start with, the top level of the battery testing station contains two Cadex four-channel battery analyzers. These have been the original workhorse testers that we have used for years. These two are utilized for all the non-smart batteries that we have.

The middle level is our Inspired Energy smart battery testing level. It includes two model CH5666 six-bay and one model CH5555 four-bay Inspired Energy smart battery charger/conditioners. These units charge and recalibrate any Inspired Energy battery or Philips MP/VS3/VM8 and X2/MP2 battery. (Note: you must purchase or use the Philips M4607-60001 MP2-X2 battery charger adapter/part number 451261017451 to adapt the small MP2/X2 battery to the Inspired Energy charger/conditioner). There are other vendors using this style of battery, and we are adding those units on to the testing program as we find them. (Inspired Energy was previously featured in 24×7’s December 2013 issue in an article for the Service Solutions section, titled “Smart Batteries and Medical Devices.” The company manufactures its own smart batteries, as well as batteries that are OEM replacements for some devices.)

On this level, we also have the Inspired Energy ATA004A SMBus battery interface software. This software runs on a Panasonic Toughbook that can be taken into the field for testing/preventive maintenance (PM) at the device if needed. This software, coupled with the included USB-to-five-pin smart battery connector interface cable, will read the battery and show its entire health. The most important details that it shows us include date of manufacture, serial number, actual voltage, relative and absolute states of charge, number of cycle counts, cell balance, and whether the battery needs reconditioning or not. Batteries that have an absolute state of charge of less than 80%, more than 500 cycles, or bad cell balance get removed from service and recycled.

We also have a Dymo LabelWriter 450 label maker on the bottom shelf that we use to print out labels with those key measured values, obtained from the ATA004A software. We affix the battery health information data sticker to the battery itself, and also record this info in the PM form. This way, if a problem ever occurs, we can pull the battery from the unit and see what its health was the last time it received PM. We also track the batteries that fall below 80% or those where we failed to see at what point the batteries were degrading or failing. This helps us see, over time, a clearer picture of how these units are used and how many batteries we need to request during the next budget cycle.

On the bottom of the battery testing station, we also have two Zoll SurePower charging stations. We use the right one as a stand-alone unit for M-series battery testing only. The left one is connected to the laptop on level two, and is coupled with Zoll’s fleet maintenance software. This software reads the stored R-series battery information, archives that information, and tracks it over time, also helping with the battery budget. It is also connected to the Dymo label maker and creates its own label with all the battery information on it. We affix one battery health sticker to the battery, and the other to the PM form.

In checking with the manufacturers, we discovered they have recommendations on battery replacement, but also state that it is up to the facility to come up with a battery maintenance plan. For example, Zoll has a recommended battery replacement cycle for anybody who does not utilize the SurePower charging stations and software. But they also state in Zoll’s SurePower charger operation guide that an effective battery management plan can maximize the usable life of your batteries by ensuring that they are correctly recharged. This plan includes the use of the batteries’ charger/conditioner plus software.

With our software reading the smart batteries and the implementation of our smart battery testing plan, we know exactly what the health state of each battery is and how much safe, useful life we can get out of them without wasting money throwing good batteries away. 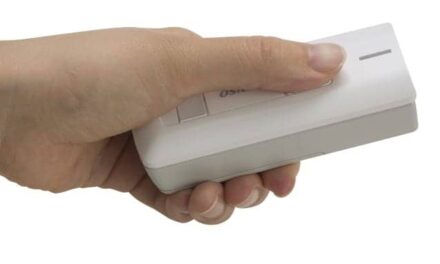