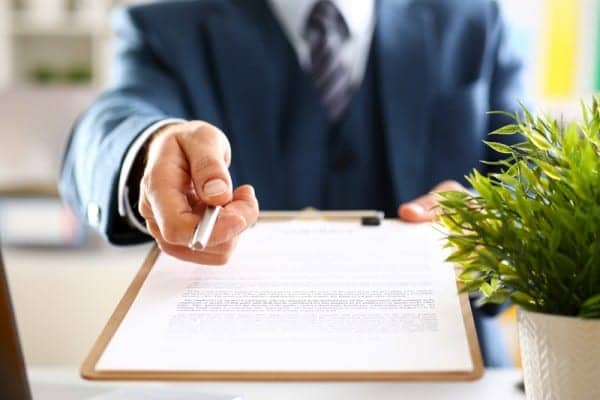 As a biomedical engineer with three decades of experience, including many years in leadership positions, Dallas T. Sutton, Jr., CRES, has seen a lot of service contracts. Recently, however, he was focused on just one, and on the things the contract should have said but apparently did not.

A vendor in his department he had worked with for years recently experienced changes in local leadership, explains Sutton, who is the supervisor of clinical engineering at WakeMed Health and Hospitals in Raleigh, NC. That in itself wasn’t a problem, he says, but what happened next certainly was. “All of a sudden they lost five members of their team—they just took them out of field service and ‘promoted’ them to different jobs,” he recalls. “This seemed to be coincidental, but with new leadership in the region, and the loss of many senior technicians, the knowledge base that we had relied so heavily on in the past was gone.

“That field-service team was essential to our service model,” says Sutton. “I have 22 FTEs in our shop, so we have a lot of in-house support. But when it comes to critical, high-end modalities, I lean heavily on the manufacturers. If something goes down and one of my guys is sick, on vacation or in school, we’re going to rely on them for back-up.” The service contract specified that the vendor would have a technician on site within four hours of any call. “But with the reduction of their local field-service crew, that became a lot harder for them. They could meet the service need by flying people in, but could not always meet the time delivery window, and, it was clear they weren’t as familiar with our equipment, and they didn’t have the same level of experience.”

The quality of service they’d come to expect, Sutton says, was no longer there. “It was a real lesson learned for us. When you’re writing a  service contract, you need to include quality metrics around the service deliverables, whether it’s the quality of the parts that you’re getting or the qualifications of the guys who are doing the work. If you leave those details out, you don’t have a way to hold the vendor accountable and there’s no way to know what you’re going to get.”

Sutton, who wrote a comprehensive two-part guide to imaging service contracts for 24×7 in 2015 and 2016, says all of the advice he offered back then remains applicable today: Consider the specific service needs of your facility, conduct research on service vendors to ensure they’re capable and reputable, and negotiate everything before you sign. “The biggest thing for us,” he says now, “is we look for a vendor that actually treats us as a partner. When we call for help, they’re there to support us.”

Toward that end, Sutton and his team spend a lot of time “growing relationships” with their vendors, he says. “If we need to pull cable and it’s a two-man job, and the vendor doesn’t have the depth to send two people in, I’ll give them someone so we’re splitting the work, so together we can get it done.” Scenarios like that provide his biomeds with on-the-job training, he explains, but they also build a mutual sense of trust that is likely to pay dividends over time. “What you want is for the vendor to see your in-house team as an extension of their service. You don’t want them to be restricting the quality or quantity of service literature that they provide, or thinking you can’t maintain the equipment with the same level of interest and quality that they do.” Like any HTM department, his has had issues with certain vendors that seem more interested in protecting their revenue streams than on providing top-quality service, Sutton says. “And when we see that, we start looking at the competition. Those aren’t the companies that we want to work with.”

Building strong relationships with vendors is also top-of-mind for Gordon Hosoda, chief of healthcare technology management at Portland VA Health Care System in Portland, Ore. Their service contracts tend to be “standard boilerplate,” Hosoda notes, with 1-hour call-back times and 4-hour onsite times (although they also sometimes call for extended support hours to minimize the impact of preventive maintenance on patient care). Still, if a device goes down and they put in a call for service, “it’s not like we just wait for them to arrive,” he says. “If something breaks, our guys are on it. They’re going to take that first look, and maybe they’ll get on the phone with the tech support or contact the field service engineer and ask them to help troubleshoot it right then and there.”

This approach, Hosoda explains, is usually acceptable to everyone involved because they’ve worked hard over time to develop a rapport with their OEM counterparts. “It’s usually on the side, not written in the contract, but we’ve built up a level of trust, so we can get in there and take care of things if it’s something that we can handle.” Doing so, he adds, is in keeping with his department’s philosophy that it’s “one step away” from direct patient care. “In x-ray, for instance, it happens all the time where we’re able to get something back up within an hour, even before the service engineer has called back. When we do that, we’re saving maybe four patient cases that they didn’t have to cancel or reschedule or outsource at a higher cost. We’re absolutely aware that the faster we can get there and help, the less overall impact that broken device is going to have on patient care.” There have been occasions, Hosoda admits, where their dive-in-and-do-it attitude has led to further complications, but even then, things usually work out in the end. “Things can happen where we might mess up, and when we do we always own up to it. ‘Look, we did this, and we accidentally popped this.’ And usually, they just say that they’ll go ahead and cover it, and if they don’t let it go, that’s within their right.”

For now, Hosoda says, his team at the Portland VA relies on service contracts mostly for high-end equipment like their hybrid operating room, their da Vinci surgical system, CT scanners, MRI scanners, and PET-CT. They also have software maintenance agreements in place on some of the organization’s servers. When deciding whether a service agreement makes sense, they consider their own capabilities and training, as well as the costs of parts, among other factors. “Service contracts are basically insurance,” he says. “You know, an MRI service contract is going to be costly, but if a coil goes out and you don’t have that contract… you’re probably going to wish that you did because a coil or other component at regular pricing could cost nearly as much as an annual service contract.” They normally ask for a contract with the OEM because they have the 24×7 tech support line that third-party agencies do not, although that is up to the Contracting Dept. They aim to provide in-house support as much as possible, “but because these parts can be so expensive, we’ll probably always rely on some level of a service contract,” Hosoda concludes.

Communication and Planning are Key

Like Sutton and Hosoda, Nowak says it’s important to convey to department leaders and staff that the HTM team should be their first point of contact for device-related questions, no matter the type of agreement they’ve signed. “I always tell them they should call us when they need help, and that they can depend on us whenever they have an issue. And when I talk with our vendors, I tell them the same thing: My guys are going to go up and look at the system, whatever it is, even if it’s under a full-service contract.” What he doesn’t want is any misunderstanding, Nowak adds. “I can’t have the vendor coming up to me and saying we voided the agreement or made it harder for their technician because we did something they didn’t want us to do. So, I always make sure they know up front that regardless of the coverage level, we’re going to take a look and that the reason we’re going to do that is our first allegiance is always to our patients.” If a patient is scheduled for a procedure and they have a broken machine, he says, “our goal is to get that machine back up and running, and we’re going to do it as quickly as possible.”

Another aspect of service contract development involves knowing exactly who the vendor will be sending into your facility when work is required, Nowak says. Per Joint Commission rules, he always asks for competency documents showing all potential service engineers under a given vendor’s umbrella have the necessary qualifications. He also asks vendors for the policies they have in place for employees that leave their jobs while their contract is in effect. “If they fire somebody, or somebody quits, I want to know how they’re going to prevent them from getting on our network if we’ve provided that vendor with VPN access.” Without that assurance, Nowak explains, a single disgruntled technician could take down the hospital’s network as an act of vengeance upon leaving his job. His contracts, Nowak adds, include all of these details, and he’s willing to walk away from any service provider who refuses to address his concerns. “I’ve never had a vendor say ‘no,’ but I’m always prepared with a plan B in my back pocket just in case they do.”

As he works to improve the service contracts that WakeMed signs, Dallas Sutton is also prepared to walk away from any company that’s unwilling to bend. He’s seen too many vendors fail to live up to what he thought was reasonable, he says, and so moving forward all service agreements he enters will outline exactly what his organization expects. “We’re doing things now like looking at the parts we’ve consumed on certain products over the last three to five years, and then asking them to provide us with a guarantee they can have those parts available within the timeframe we need.”  He’s worked with vendors that have kept such parts in what they’ve described as forward-stocking locations, “but then every time we needed something, it wasn’t there.” He’s also had situations, he says, where the vendor has shipped them a critical part only to lose it in transit. “It happened with something we ordered for the cath lab once where it ended up being a delivery issue. But either way, we didn’t get it when we needed it, and that was the vendor’s responsibility however they went about it.”

He shouldn’t have to waste time and resources reordering parts that never arrived, Sutton notes. “What are we supposed to tell that neurologist who’s depending on us, so he can do his work? It’s a pain when it happens, and there’s really no excuse.” Their latest agreements make it clear that his department will be tracking things like response time, and the percentage of parts that are actually sourced from a forward stocking location versus a warehouse the vendor has on the other side of the country. And as they gather that information, Sutton says, they’ll use it to develop better contracts in the future. “We’re always looking for opportunities to improve the service we provide through our in-house team. But we also depend on our vendors for a lot, so our agreements with them—and their ability to follow through—are key to our success.” 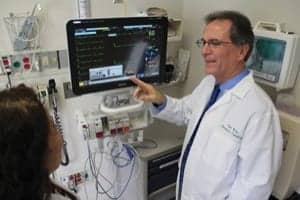 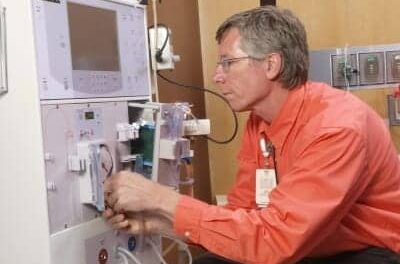