Show Me the Money (Saved)! 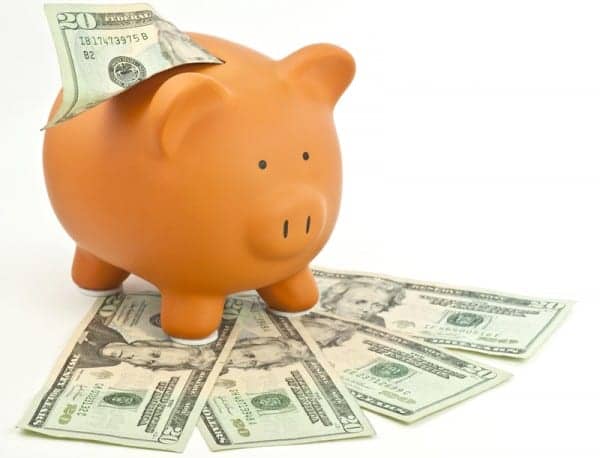 There are two statements a healthcare employee should never make:

Both of those statements mean one thing: closed minds—a problem that usually results in excess spending or professional stagnation.

It doesn’t matter if you’re a biomedical technician or the chief of neurosurgery, healthcare costs should matter to you. As healthcare workers, we are held to higher standards, both ethically and emotionally. We are called to be patient, compassionate, and understanding during times of stress and emotional distress. But that doesn’t mean we shouldn’t be concerned about the hospital’s financial health, too.

My personal mantra? “I spend money like it is my own checkbook—because it is my own since the hospital pays me to care.” It’s a good perspective to have since cost containment is an important principle for all healthcare professionals—including HTMs.

As HTMs, we need to think beyond equipment service. After all, HTMs can extend the life of equipment by thoroughly cleaning devices needing preventive maintenance, keeping the areas around the equipment clean, and rolling up any errant cables before returning the equipment.

Consider dialysis machines, for example. With dialysis machines—which contain an acid and bicarbonate pump—the inlet and outlet ports of the pumps must be changed after 6,000 hours of use. Although this may seem like a lot of time, it goes by extremely fast—considering that most dialysis clinics operate between 16 to 18 hours per day, sometimes seven days a week. And with dialysis treatments growing 254% in the last five years, the need for clinic hours—and machines—has only increased.

Furthermore, the bicarbonate and acid pump ports cost $89 each. That may not seem like a significant amount of money, but when you consider that my organization housed 32 dialysis machines, the cost of replacing these ports every 330 days rose to $11,392.

But it’s the hospital’s money, so why should I worry? Right? Wrong!

To rectify the situation, my supervisor and I got creative and found identical O-rings—which offered the same material (Viton), circumference, and thickness—at the ultralow price of $0.12 each. Moreover, the bicarbonate would react with the O-rings and cause them to “swell” over time. (But if you failed to change them every 6,000 hours, you would suddenly get a call for “low conductivity.”)

So, instead of replacing the inlet and outlet ports of the pumps, we replaced the O-rings for $7.68—saving the hospital a grand total of $11,384.32 every 330 days. Although this occurred more than two decades ago, I can still remember that figure; it had that much of an impact on me.

Dear readers, this is called “job security from fiscal responsibility.” Each day, administration tries to find ways to slash costs—and that often results in staff cuts. But do you think an administrator would cut your department if show how much money you’re saving the facility? Publicizing HTM’s contribution to the organization pays handsome dividends.

The Proof Is in the Savings

Here’s another case from my previous job files: Our washer/disinfector needed a new high-pressure water pump, which cost $2,800. Since we needed the motor STAT, we ordered it overnight and incurred considerable shipping charges. Unfortunately, the motor was made in Canada, which resulted in a weeklong delay due to Customs. While we waited for the new motor to arrive, we decided to take matters into our own hands and send the defective motor to a local motor shop. There, they were able to rebuild the motor for $455.

It was a good thing, indeed, since after the motor finally arrived from Canada, we realized that it was the wrong model. And, making matters even worse, the company didn’t have the right motor in stock and told us that it would take an additional three weeks to ship one.

Fortunately, the local motor company rebuilt the defective motor in three days—and it worked perfectly. In this instance, we were able to save $2,510, including shipping charges, and managed to get the equipment up and running in less than a week—instead of in three weeks.

And the cost savings did not stop there. Once the new motor finally arrived, we were able to put it in our parts area—something that helped tremendously when one of the hospital’s other eight washer/disinfector units failed. (And when it did, we were able to repair the unit within 24 hours!) Plus, we took that failed motor, had it rebuilt, and put it in parts storage for future use. Each time, we saved $2,510, not including the value of the expedited repair.

In another case, a water pipe in the sterile processing department broke open early one morning. Unfortunately, the water pipe was directly above our three large-chamber sterilizers—which were turned on, ready for use. Our maintenance department responded very quickly, however, turning off the power, shutting off the water to the burst pipe, and locking out all of the equipment.

Hospital administrators then called in the manufacturer, who confirmed that the three sterilizers needed to be replaced. Of course, hospitals have insurance money set aside, and it’s the hospital’s checkbook—not mine. So, why should the biomedical department be concerned with the hospital spending $750,000 on new equipment? Well, we were.

My colleague and I quickly assessed the damage and informed administration that the three damaged sterilizers could be completely rebuilt for $63,451. What’s more, we were able to have the parts shipped overnight and installed within one week. The vendor, however, had estimated that shipping and installation would take four to six weeks.

Fortunately, the administration gave us full permission to do whatever was necessary to fix the problem. So we had the walls dried; we found a company to remove the damaged floor and walls; and we had the structure installed while we sorted through the new parts. What’s more, new steam jackets, parts, and electrical cables and boxes were also installed. And the vendor even came in to update the software to current levels and certify the machine.

The best part? All of the work was completed within two weeks—two to four weeks earlier than the manufacturer’s estimate—and saved the hospital approximately $686,549. (That doesn’t even include the thousands of dollars the hospital would have incurred if equipment had to be transported to another hospital for sterilization.)

Moreover, another sterilizer was schedule to be replaced since it was leaking from the chamber. The purchase price? $175,000. I then contacted a colleague, who charged $85 to professionally weld a stainless steel bead across the seam of the sterilizer chamber, saving $174,915. When I left the hospital three years later, the sterilizer was still in use, not leaking.

Remember: Cost savings are not always “big hitters.” Actions such as finding a reputable scope repair option or having SpO2 cables rebuilt instead of replaced can make a significant impact on your facility’s bottom line. It’s also important to note—albeit rather intuitive—that we never do anything that could threaten the safety of a patient or hospital staff member in an effort to save money.

Furthermore, if you’re new to the HTM field, don’t look at cost-savings from a one-and-done perspective; instead, consider the long-term savings the organization could incur. After all, if you find a method to save a few dollars but your organization has hundreds of the same pieces of equipment, it can accumulate to thousands of dollars.

To sum it up, rather than focus on the escalating costs of healthcare, we should focus on the savings we provide. That way, hospital administration will, too.