This is a continuation of the previous article on personnel management/supervision that appeared in the May 2011 issue of 24×7. The May article discussed orientation, training, and continuing education. In this article we will discuss compensation, benefits, and incentives for clinical engineers and biomedical equipment technicians (BMETs).

Most of the organizations that hire clinical engineers and BMETs have an established pay scale/grade based on various factors, including education, experience, certification, and the job title. Various surveys have shown that in general, those BMETs and clinical engineers who have a higher education, more experience, and hold a certification earn more than their peers who do not.

Consulting the following sources can help determine the appropriate compensation for BMETs and clinical engineers. The salary surveys done by the Association for the Advancement of Medical Instrumentation (AAMI), 24×7, and the Journal of Clinical Engineering (discontinued in 2009) can help determine compensation for the BMET and clinical engineer positions. Another source could be the candidate’s salary from the previous job as well as the candidate’s recent salary history. The salaries paid by other competitors (hospitals and other service companies) located in the same city and/or state can also provide an idea about the prevailing salary in the region.

The job titles within our industry vary quite widely. For BMETs, the typical classifications are BMET intern, BMET I, BMET II, BMET III, and BMET supervisor and equipment specialist. According to the 2010 AAMI salary survey, the national average annual salary ranged from $49,000 for a BMET I to $66,250 for a BMET supervisor. The equipment specialist average annual salary was $72,500. The BMET I in the survey had less than 4 years experience, the BMET supervisor had an average of 13 years experience, and the equipment specialist had specialized experience/training in radiology and laboratory equipment. For some BMETs starting in the profession, the average annual salary was $38,000. According to the 2010 24×7 salary survey, the annual salary range for the BMET I was between approximately $32,500 and $52,000, and the senior BMET III salary fell between $54,790 and $73,521, depending on the geographic region.

The department manager/director usually is a clinical engineer, a BMET, or someone trained in business administration who possesses wide supervisory experience. The main function of this person is to manage the overall clinical engineering department and supervise BMETs, clinical engineers, and support personnel. According to the 2010 AAMI salary survey, the national average annual salary for a department manager/director was $91,150. According to the 2010 24×7 salary survey, the annual salary range for a manager ranged between $62,000 and $92,000, and the director’s salary ranged between $85,000 and $114,000, again depending on the geographic region.

Several surveys have shown that the salaries for clinical engineers and BMETs do vary based on the geographic regions and organization size/type. Due to the increased cost of living in the regions of New England and Pacific West, the salaries are higher in these regions. Larger organizations (university hospitals) have larger clinical engineering departments and more complex equipment (imaging, nuclear medicine, etc), and would thus offer higher salaries to their staff.

Incentives are used to encourage new and potential employees to join an organization. For difficult-to-recruit positions and in certain geographic locations, an employer may offer a recruitment bonus and/or relocation incentive to attract new employees. Employee incentive programs are also used to increase the overall employee performance, to reduce turnover, and to boost morale and loyalty. These include cash awards, gift certificates, merchandise, and travel rewards.

Arif Subhan, MS, CCE, is the chief biomedical engineer, VA Nebraska-Western Iowa Health Care System, Omaha; adjunct assistant professor, biomedical engineering, University of Connecticut; and a member of 24×7‘s editorial advisory board. The suggestions and views expressed in this article are of the author. They do not represent the views of the Department of Veterans Affairs or the University of Connecticut. For more information, contact . 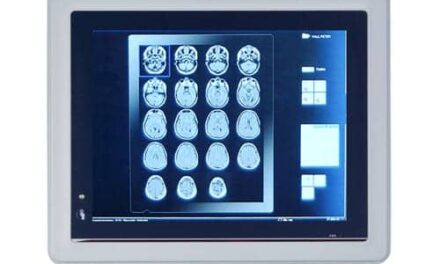