Many years ago, the BMET shop had very little to do with the radiology department and especially not in a service capacity. BMETs were delegated to performing outputs on the defibrillators in radiology and performing safety checks on miscellaneous equipment found in the department. This is not usually the case anymore.

As the trend of hospital biomedical departments taking over servicing the radiology equipment has grown, so have the radiology questions on the CBET exam. Questions that do find their way onto the CBET exam are probably not to the depth that they are on the CRES exam, but a fundamental knowledge of how x-ray works is a must to score well on the CBET exam. This article will look at some of the more basic functions of an x-ray machine and some areas that you may need to know for the exam.

I would begin my study of an x-ray system with how x-rays (or photons) are created with an x-ray tube and the physical construction of an x-ray tube. An x-ray tube is a vacuum-sealed tube with an anode and cathode side. As always, the cathode is the negative side and the anode is the positive side, just like a diode.

The cathode side will have one or two filaments, which create an electron cloud that is produced by “boiling” off electrons in the filaments by placing alternating current to one of the two filaments. These filaments are referred to as the large and small filaments that go into creating the large and small focal spot sizes of the x-ray beam. Special procedure rooms, such as heart catheterization, usually only have small focal spots as they create a more detailed picture. The smaller the focal spot, the better the x-ray resolution.

Once the tube current interacts with the anode of the tube, x-rays are produced in a fairly wide spectrum of frequencies within the electromagnetic spectrum. Some frequencies we want and some we do not. We classify these x-rays (or photons) in two groups: hard and soft x-rays. In health care we want to produce all hard x-rays because the hard x-rays have much greater penetration ability, so they get to the receptor device (used to be film, now digital) that makes the latent image for viewing. Soft x-rays produce image fogging and scatter radiation, which is not desirable in x-ray imaging. So it stands to reason we would like to remove as many of the “soft” rays and allow the “hard” rays to penetrate the patient. A process called the HVL, or half value layers, does this.

When an x-ray tube is installed a radiation measurement is made, then sheets of aluminum are introduced under the tube port, or in the primary beam, to reduce the full frequencies in the spectrum of x-rays from the tube. The aluminum sheets are usually only a mm thick, and several may be placed until we achieve half of the radiation produced from the tube—hence, the HVL. This aluminum filtration filters out most of the softer x-rays, and the harder x-rays blow through the filtration and are more likely to penetrate the patient to produce higher-resolution images.

When x-rays interact with material, three things happen: penetration, absorption, and scatter. These factors can be controlled by the “technique” set by the imaging technician. X-ray technique is the setting of how much kV is applied, how much mA or tube current is applied, and for how long the kV is applied. Remember, any time in radiology you hear the term “technique,” understand that we are speaking of the amount of kV, how much mA, and how long we apply the kV.

Other x-ray areas that concern x-ray interaction with matter that you will probably see on the CBET exam are the types of interactions with the anode. “Bremsstrahlung” is a term used to describe how electrons interact with the anode material on the atomic structure of the material. This is where the electron of the tube current gives off kinetic energy by the electron changing direction as it interacts with the target or anode material or the nucleus of the atoms of the target. When this process redirects electrons they give off kinetic energy in the form of x-rays. The term “Bremsstrahlung” is a German word that means “braking radiation,” and that is what the electron does as it interacts with the nucleus of the anode material atom—it slows down or has less energy.

Tube current electrons also interact with orbital electrons of the anode material. These interactions are referred to as characteristic radiation. With characteristic x-ray the tube current electron must dislodge an orbital electron on the target material and another orbital election will replace the dislodged electron. If this happens on the outermost orbital ring, then a free electron will fall into the outer shell, keeping the atomic numbers in balance of the anode material.

Safety is another issue I would expect a question about on the CBET exam. Three words should come to mind about radiation safety: time, distance, and shielding. Exposure time should be limited, distance from the source should be as much as possible, and lead-lined aprons or glass should be utilized to protect the technician and the patient.

The last part I feel must be mentioned is beam quality and quantity. As mentioned earlier, we want a good-quality beam, or hard beam, to make good images. This is the purpose of the HVL mentioned earlier. When producing x-ray beams we have quantity of photons and quality of photons. Quantity refers to how many photons are produced, and quality refers to how hard the beam or photon is. Quality of the beam (hard) refers to high frequency and shorter wavelengths, while quantity just refers to how many photons are produced—usually lower frequencies and longer wavelengths.

When relating these factors to technique, you should be aware of the following: kV, mA, and time produce photons (x-rays), which relates to the quantity of photons. Only kV contributes to the quality of the photons, which is the penetrating ability. We only want hard x-rays because they have the energy to go through the patient to make the image.

Not Your Ordinary Biomed Job 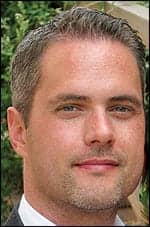