Power Strip Safety and the CMS

Relocatable power taps may be used in patient care areas, but only if facilities follow the newly specified rules

For hospital HTM departments, the announcement in September by the Centers for Medicare & Medicaid Services (CMS) that it would allow the use of power strips in patient care areas came as welcome news.1 But don’t assume that the power-strip saga that began last summer is over. Those who have followed the developments involving so-called relocatable power taps, or RPTs, say that the outcome remains uncertain.

For those not familiar with the story, here’s a primer. Last June at the AAMI annual meeting, George Mills, director of engineering at The Joint Commission, said he had been told by officials at CMS that RPTs could not be used with medical equipment in places such as operating rooms, recovery areas, intensive care areas, and noncritical patient care areas like diagnostic and exam rooms. This restriction was based on regulations dictated by the 1999 edition of the National Fire Protection Association’s Health Care Facilities Code (NFPA 99), 2 and on the 2000 edition of the association’s Life Safety Code (NFPA 101),3 he explained. Going forward, healthcare facilities facing Joint Commission surveys would have to abide by it to achieve accreditation.

The backlash was immediate. Biomeds wondered how they could be expected not to use power strips when most patient care vicinities lacked enough electrical receptacles to handle the equipment in those areas. Some noted that their facilities had already made significant investments in RPTs, not only in order to have enough outlets for necessary devices, but also because practical experience showed RPTs made patient care areas safer (by reducing tripping hazards presented by stretched-out power cords, for instance). RPT use was common practice, they pointed out. Moreover, adding new outlets would be prohibitively expensive.

Mills, it turns out, agreed with the skeptics. He had brought this issue to the Health Care Interpretations Task Force (HITF) back in 2007, he says now, “hoping we could get some sort of an action similar to the categorical waiver.” Unfortunately, he notes, “that didn’t happen” and the task force “ended up deciding that [RPTs] are not to be used on medical equipment.” (The HITF is chaired by the NFPA and includes representatives from CMS, THE JOINT COMMISSION, and other associations and federal agencies.)

Since then, Mills says, there have been “few if any incidents related to the use of RPTs,” so The Joint Commission (conveniently for biomed departments) has not focused on the issue during surveys. And that’s the way that things stood—until last spring.

“Over the last couple of years,” Mills explains, “several [RPT] manufacturers have been making claims” about their products and “asking us to approve their devices” as safe to use in patient care environments because they employed Underwriters Laboratories (UL)–accepted special purpose relocatable power taps (listed under UL 1363A).4 “Well, we don’t approve devices…for anything,” Mills says.

Despite this fact, the manufacturers “kept pushing,” he continues, and “ultimately, we had to put a stake in the ground.” Consequently, “we talked to CMS in March and that’s when they told us that, ‘no, you can’t use them.’” That, of course, led to his announcement at the AAMI conference, the ensuing uproar, and, almost four months later, the categorical waiver issued by CMS.

Mills says he believes the decision by CMS to issue a waiver was at least in part due to “encouragement” the agency received from The Joint Commission, ECRI Institute, and AAMI. He thinks CMS “responded appropriately” to the ordeal, and calls the waiver a “win-win for everybody.” At the June AAMI conference, Mills notes, he advised organizations not to aggressively replace their RPTs, but instead to establish inventories of where they had power taps in use so they could use those records for guidance if—as he hoped—a categorical waiver eventually came into play.

In the end, of course, Mills’ strategy worked out, and the waiver was announced.

When asked to elaborate on the CMS decision, Thomas Hamilton, director of the agency’s Survey and Certification Group, said in an email that “many inquiries and expressions of concern” had been received by the agency, particularly in regard to the significant increase in electronic devices being used in healthcare environments. “We therefore looked into the issue in more detail and reached the conclusion that a categorical waiver” of certain NFPA requirements “would be warranted.”

The agency concluded, he added, “that the proper exercise of regulatory discretion afforded to us would avoid hardship on healthcare facilities while continuing to ensure patient safety, provided facilities comply with the terms of the waiver.” Hamilton said that claims that CMS had, before it issued the waiver, “changed its position” on the use of power strips in healthcare facilities were not accurate. “This is an area that the Life Safety Code addresses, and CMS had not made any different policy interpretations or changes.”

Harvey Kostinsky, technical director of the Health Devices Group at ECRI Institute, says the CMS waiver “makes sense.” He adds that most of the waiver’s requirements “are items that we have been recommending anyway.” Last September, the institute issued an advisory to its members soon after the waiver was announced. In it, Kostinsky told readers to “review the requirements and limitations on the use of RPTs in the CMS memorandum, which also provides instructions on how to use the waiver.” He’s giving the same advice today, he says. “It’s like taking a test and the teacher has given you the answer. If you know what the teacher”—in this case, CMS—“expects of you, then you should address each point.”

An acceptable form of documentation would be a copy of the minutes from a utility committee (or other relevant committee) meeting where it was discussed that, “Yes, we’re going to use these relocatable power taps and we’re going to use them in the following areas.” Beyond that, Mills says, facilities should ensure that any RPTs that are in place can handle the specific power requirements of the devices they’re being used with—that is, that they’re used according to code.

“One guy asked me if this waiver is a get-out-of-jail-free card,” Mills added. “It’s not.”

Kostinsky, for his part, thinks there will likely be at least a few “points of confusion” that healthcare facilities, CMS, and The Joint Commission will need to work out in the months ahead. In some cases, for instance, ascertaining whether certain devices meet UL requirements may prove problematic. “Especially if that device is part of an equipment cart, for example,” he says. The entire cart assembly may be UL listed, he explains, but it may be difficult to ascertain the status of individual components such as the power strip.

He also has concerns about a specific condition (per section 10.2.3.6 of 2012 NFPA 99) listed among the waiver’s requirements: that “means are employed to ensure that additional devices or nonmedical equipment cannot be connected to the multiple outlet extension cord after leakage currents have been verified as safe.” If a facility has “an IV pole with a multiple-outlet strip on it,” Kostinsky explains, “your patient might need one pump today, but then that same patient later might need another pump, and you need to be able to plug and unplug” those devices as necessary. “That requirement does not allow the clinician to do that.”

He knows this restriction well, Kostinsky adds, because a Tentative Interim Amendment that he submitted to NFPA on ECRI’s behalf in 2013 led to its removal from 2012 code (it won’t be in future editions, either).5 “It’s unfortunate they included it here,” he says. It’s unclear how surveyors or CMS would react, he explains, if a facility violates that requirement but argues that doing so is allowed by the 2012 code. “It could be a sticky situation.”

Whatever approach they take, Kostinsky says, HTM departments should document their decision process: “It’s important that your rationale be there. It shows that you at least have considered the issue.”

A Matter of Safety

One biomed who has considered the power-strip issue more than most is Patrick Lynch. A veteran biomedical equipment technician and clinical engineer, he now goes by the title of “chief do-gooder” at Global Medical Imaging. His take on the matter is that “It shouldn’t be an issue at all.” Hospitals, Lynch says, “should never have started using power strips in the first place.” Instead, he argues, they should have looked to solutions such as longer dedicated power cords. “If you put a 20-foot power cord on every piece of medical equipment you have,” your need for outlet strips would all but disappear, he says “because there is always a spare outlet within 20 feet” of any device.

Utilizing longer power cords minimizes “unnecessary components,” he notes, which is a key tactic in “reducing possible points of failure.” Lynch does say that special purpose RPTs are useful, and safe, for equipment configurations that demand them. But overall, he asserts, “outlet strips are being overused in patient care areas.”

If facilities are going to continue to rely on RPTs to the extent they have been (and the CMS waiver permits), Lynch says, “they need to treat them like the US military does, and inventory every single one they have.” And in doing so, “just as they would with any other piece of medical equipment,” they should subject it to a risk analysis to determine how often it should be inspected as part of regularly scheduled maintenance.

Perhaps the most important thing facilities (and biomeds) can do as they employ power strips in patient care environments, says Jim Folk, executive VP at the power-products company Tripp Lite, is to make sure that in every place where an RPT is used, it’s the right RPT for the job. “And that’s what this waiver basically says: That you can use power strips, but you need to do so in a safe way.” By using “the right product in the right application,” he adds, compliance and safety will go hand-in-hand.

Folk also points out other important safety requirements included in the waiver. First, the waiver specifies that “if power strips are used in any manner,” precautionary measures must include installing internal ground fault and over-current protection devices, preventing cords from becoming tripping hazards, and connecting devices in such a way “that tension is not transmitted to joints or terminals.” In addition, the waiver notes, no “daisy chaining” of power strips is permitted, and power strips that are used must be “adequate for the number and types of devices.” Finally, in “locations near water sources,” ground-fault circuit interrupters should be used to prevent electrocution.

As he looks back at the events of last summer, Folk says, he thinks that “a lot of the consternation and problems that developed” were due to the fact that “CMS was following standards that were published years ago.” Those standards didn’t fully anticipate the electrical needs of the modern healthcare environment. As regulations changed over time to keep pace with the latest technologies, CMS remained several steps behind. There was bound to be trouble eventually, he says, and it erupted—in full force—with George Mills’ talk at the AAMI annual.

Now, Folk says, he’s waiting to see how the next chapter in the RPT story will read. “Until a hospital goes through an inspection [by The Joint Commission], I don’t know that they’re going to feel secure in whatever decision they’ve made about using outlet strips. I think that’s what it will take, and the real dust will settle in about 9 months to a year.” ECRI Institute’s Kostinsky agrees, noting that ECRI is “continuing to monitor the issue” and is waiting to hear from facilities that have gone through surveys since the waiver was announced. His prediction? “I’m sure there will be questions. There’s no doubt about that.” 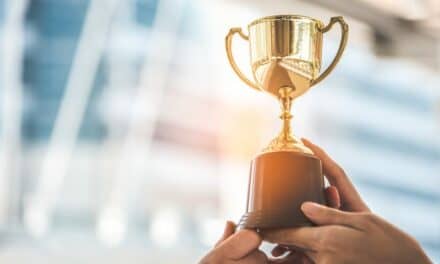 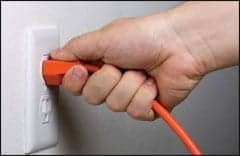