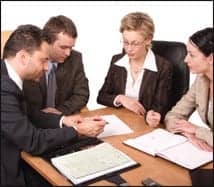 Before economic turbulence captured headlines, hospitals across the country embarked on missions of steady growth, including new construction projects. When the stock market plunged, officials halted many activities and tractors fell silent. As buildings and new initiatives languished just short of completion, administrators responded with creative strategies to lower costs and get things moving again.

Officials at Catholic Health Initiatives (CHI), Tacoma, Wash, have tried to stem the economic carnage with an ambitious initiative to cut $20 million in expenses across the board. Steve Kehrberg, vice president, supply chain/clinical engineering at CHI, says that so far the strategy has worked, and employees have endured no formalized layoffs. However, six vacancies have not been filled, and remaining employees have had to work smarter and faster to compensate. “The vacancies will be filled when the locations can produce return on investment business that will support the re-hire,” Kehrberg says. “The full-time employee expense must be offset by contract or expense reductions.”

Six months in, Kehrberg has employed a multipronged strategy across CHI’s 70 hospitals, 22 states, and more than 350 clinical engineering staff members. A repair depot for some equipment, including intermittent suction units, IV pumps, endoscopy units, and other smaller items, has helped reduce expenses when spread out and employed systemwide.

With some small critical access hospitals using only one biomed, and others employing 18 in-house clinical engineering folks, Kehrberg has also transferred support from larger shops to smaller ones to avoid using more costly service providers. “We have also looked into removing some of the service components from some of the contracts,” Kehrberg says. “For example, on some of the flat plate detectors for digital cath labs, we have removed OEM detector coverage from the service contracts. And we are covering them in a risk pool with our internal insurance company. Basically, we are self-insuring the glassware for the detectors on the cath labs, and that has been successful for us.”

Renegotiations with key vendors and meticulous attention to contract details have also yielded significant cost reductions. Everything from service contracts, second sourcing parts, taking on more nontraditional clinical engineering work, and reduced travel and education have all been put into play at CHI.

“I have reduced all of our nonessential travel and put a hold on any professional development that is not associated with a return on investment,” Kehrberg says, who oversees 335,000 devices valued at about $2.75 billion. “I am sending people to school for high-end equipment, such as imaging equipment and anesthesia machines, but not for basic equipment, which are things that we can repair without the additional training.”

As a large organization, CHI has traditionally sent 30 to 45 people to the major industry shows. This year, they sent only three to AAMI, and just two plan to attend the upcoming RSNA. Officials cut incentive compensation by 50% for this year, and there will be no salary increases in 2009.

Another example of the nontraditional work that in-house biomeds are tackling at CHI (in addition to the previously mentioned imaging and anesthesia equipment) are automated pharmacy delivery cabinets. CHI biomeds do not normally maintain these items, but they are working closely with plant operations people to see if all efficiencies are being realized.

“We have 70 hospitals across the country, and sometimes we found sterilizers being managed by plant management personnel that could be serviced more cost effectively if we applied national service strategies and corporate discounts instead of using local hospital facility staff,” Kehrberg says. “This same strategy was employed when deciding on who best to handle the servicing of beds, and we checked to see if there was an opportunity to reduce expenses by moving them into a different department. We rewrote our asset management software program with our vendor, strengthened our internal software program to eliminate outside commercial programs that we were purchasing, restricted some overtime hours—and all of this to drive us to the $20 million reduction across the company as a whole.”

Throughout all these efforts, Kehrberg takes pains to ensure that quality never suffers and maintenance is never deferred. PM frequency for some equipment can be reduced without compromising quality, and he believes all clinical/biomedical engineering departments should explore these options in the current economic climate. Cosmetic repairs that do not affect operations have also been put off.

Finally, a capital restriction has ensured that fewer new devices are being purchased, and older equipment is definitely being maintained longer.

“Some of our hospitals have downsized from 200 beds to 150 beds, and the challenge is to then reevaluate your equipment base to ensure that equipment is fitting the new scope of services that the hospital is offering,” Kehrberg explains. “We assess whether some of that equipment needs to go away. We do a significant amount of redeployment of equipment across our system, and that’s how we extend our limited capital dollars. We are taking assets out of the larger facilities, and these assets still have viability for some of the smaller hospitals. This usually includes smaller devices, but we have relocated two CT scanners and a cath lab across the country.”

Adjusting to the Times

If department heads want to keep certain items as “backups,” just say no. After all, Kehrberg says, if you keep it as a backup, you still have to maintain it and do the PMs. Group purchasing organizations (GPOs) are yet another tactic to help negotiate better deals and lower costs. Ultimately, it boils down to adjusting to the times. “We have to be looking at the Chevy instead of the Cadillac model,” Kehrberg says. “We can’t afford not to do it.”

When System Director Curt Doles and his team at Summa Health System, Akron, Ohio, reviewed all the available service options after a recent merger of two additional hospitals into the system, they determined that an in-house team was the best option. As a result, Summa replaced the third-party outsourced entity in favor of an in-house team. The bottom line: An in-house department could provide service at a higher level for less money, a powerful combination in a tough economy.

In these times of budget constraints, Doles keeps a savings spreadsheet and documents biomed tasks that are outside of the department’s daily responsibilities.

“When we come up with a creative solution, such as when an x-ray was down and the vendor wanted $18,000 for the tube, and we found a second-source tube for $6,000, we capture that detail and keep a running log,” Doles says. “And we say these are the dollars that we left on the table, and they can be used somewhere else. The COO is a believer, and we have support from the top.”

When debating the familiar terrain of ISOs versus in-house, Doles admits he is firmly convinced that the current state of the biomed industry in particular dictates that in-house is the better way to go.

“I think third parties are trying to serve two masters, and that is hard to do,” Doles says. “When we first acquired Western Reserve, there was a third party there, and I knew it was just a matter of time until we would have responsibility for that area. When I was talking with the rep for the third party, I knew he had a difficult task—because I had a general idea of what his margin was, and I don’t have that margin. I operate at cost, in-house. They are working to make money.”

The view from the ivory tower got a bit obscured this year when perception collided head-on with reality. Students seeking biomed degrees 2 years ago were justifiably bullish about their job prospects, but hospital budgetary squeezes have since stalled job growth. Educator Steven J. Yelton, PE, BSEE, AAS, department chair in the Center for Innovative Technologies at Cincinnati State Technical and Community College, points out that for many students, it is a case of unfortunate timing—too many new people are competing for jobs that simply do not exist.

Despite the undeniable difficulties for newly minted biomeds, Yelton says BMET programs are growing “like crazy” and that growth will likely be rewarded when the inevitable demand blossoms across the country.

“Health care is still a necessity, and people see health care jobs as the one stable area,” Yelton says. “We are still having good luck placing BMET 1s and BMET co-op students. We are starting to see a slowdown for new co-op positions, and expect that it will be tougher for entry-level BMETs in the near future as the openings are filled.”

The crowded pipeline has always been filled with students coming out of high school, but seasoned midlife career changers are now joining the youngsters in the search for an elusive stability. One such job switcher is Michael Woolems, a recent Indianapolis-based grad who got raves from his professors, who all agreed he would make an excellent employee.

Despite the accolades, Woolems has yet to find a job. The departments that are looking want specific experience, and Woolems’ lengthy background in industrial technical sales has not yet attracted an employer.

“It has been challenging, and not what I expected when I started the program in August 2008,” says Woolems, who is willing to relocate if necessary. “I only needed 9 courses to complete the BMET degree, and I did that in 2 semesters. I had the vision that I would finish school and go right into a job, and that would have been the case until this year. A lot of hospitals have been under hiring freezes and even cutbacks and layoffs in some instances.”

Especially in comparison to other industries, Yelton agrees that the overall state of the biomed profession is solid. He says the slowdown in hiring, while understandable under current conditions, has not led to nationwide layoffs. For Yelton, the troublesome aspects of the economic downturn could ultimately be more work for the biomeds who are left. “There is a possibility that even after the economy turns around that companies may decide not to bring positions back to the old levels,” Yelton laments. “If they find that they can get by with fewer employees, they just may decide to stay where they are.”

With all those students waiting in the wings, educators hope that if the economy turns that hospitals will opt to bring staff levels back to what they were previously. Yelton believes that is the likely long-term scenario. In the meantime, he is giving his students a diverse educational background, just in case staff levels do not come back, a prospect that—while daunting—must still be considered a real possibility.

While some experienced biomeds tend to scoff at the inherent value of certifications, Yelton sees many professionals going back to school to acquire those extra initials behind their name.

“The employers that I deal with definitely value that certification,” Yelton says. “If they are looking at two people, and one person is certified, and the other one is not, I am seeing them go for the certified person. We even see job ads that say applicants must be certified or must be able to obtain certification. It all goes back to making yourself more valuable. If you can do that, you can still cultivate a really stable job.” 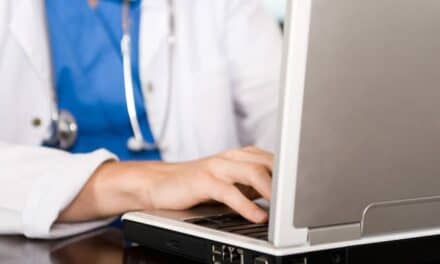 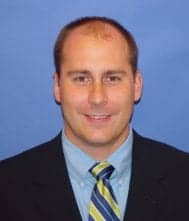