Biomeds report that they are happy in their work but still have plenty to say about salaries, long hours, and decreased staff.

The number of participants rose, but the results were largely the same: Biomed respondents to the 24×7 2005 Compensation Survey reported high levels of job and salary satisfaction nearly identical to those reported in the 2004 survey.

Almost 2,000 industry professionals filled out the annual Compensation Survey posted on the 24×7 Web site in June, raising the number of participants by 34% over the previous year. Respondents provided information on work environment, salary, education, and work satisfaction. The results indicated that the profession is a satisfying one, but it could still be improved in many areas.

Of those responding to 24×7’s 2005 Compensation Survey, 87% said that they would recommend their profession to others. The overall positive responses cited difference-making and challenging work as the major benefits of the job.

“(It’s a) great profession. Do be prepared for lots of overtime and the need to learn work and family-life balance,” says one specialist from the Pacific region who has been in the field for more than 16 years.

“Biomedical engineering is a challenging job that constantly changes. You can get a great sense of satisfaction by completing what you initially thought impossible,” says a Middle Atlantic manager who has worked in the field for more than 10 years.

“Biomedical services is a great career —you work on many different things, and I enjoy working with people. It’s a nice feeling to know that you are helping people in need of medical devices for their health,” says a technician from the Pacific region with more than 10 years’ experience.

“This has been a very rewarding profession so far. I feel I am well paid compared to other positions both within health care and outside of health care, and I am glad I chose this line of work. It is rewarding to see the impact our work has on patient care,” says an East South Central manager with more than 16 years’ experience.

“You will never make a lot in this area, but the job is stable,” says a manager from the South Atlantic region with more than 16 years in the field.

Salary satisfaction closely mirrored respondents’ opinions on how fairly they are compensated relative to experience and education—51% and 54%, respectively, checked 4 or 5.

Almost two thirds (64%) of respondents worked in hospitals, 18% worked for independent service organizations, 12% worked for original equipment manufacturers (OEMs), less than 1% worked for depot services, and the remainder worked in other venues.

Spectrum of Green
Annual base salaries across the United States and Canada ranged from as low as $14,000 for a technician in the New England region to as high as $170,000 for a director/executive in the Pacific region. Nationwide, the median base salary for all job titles was about $57,000, up from $52,000 last year. 79% of respondents received some sort of supplemental compensation, such as on-call pay (received by 54% of respondents), overtime pay (received by 59%), and bonuses (received by 28%). The median annual amount of other compensation was $5,000.

Despite the cutbacks in employer-provided health insurance across the country, almost all respondents said they receive health and dental insurance. Many respondents receive life insurance and a retirement plan, and some receive other benefits, such as profit sharing, a company car, or tuition reimbursement (Figure 5, page 16). Other perks included extra vacation time, vision plans, and stock options.

The survey found that annual salaries depended most on location, education, and employer type.

Location, Location, Location
As was the case last year, respondents working in the Pacific region reported the highest average earnings (Figure 1, page 15). The largest disparity was among high-level executives. Directors/executives in the Pacific region earn an average of $36,497 more than their counterparts in the Mountain region and $22,084 more than their counterparts working in the West South Central region. In another example of regional divergence, an anesthesia specialist in an Iowa hospital earns $43,118 annually. His counterpart in Florida earns $70,000 annually.

More Beds, More Money, More Stress
Respondents working at larger hospitals averaged higher salaries than their counterparts at smaller hospitals, although salary did not rise at parallel rates to beds. Biomeds who work at hospitals with more than 800 beds earn an average of $62,022, while those at hospitals with fewer than 100 beds earn an average of $51,391 (Figure 9, page 20). One technician from Indianapolis says the higher salary is not equivalent with the greater responsibility. “Pay is too low for what we are expected to do. Biomeds in general are looked upon as a necessary evil by hospital administration, because the biomed department is not a revenue generator.”

Education Pays
Respondents with degrees made more money than those without them. For biomeds with an associate in applied science (AAS) degree, the average base salary is $54,884; military-trained biomeds earn an average of $57,568; those with bachelor of science degrees earn an average of $63,044. Almost half of the respondents had earned an AAS. Others had 4-year degrees, military training, postgraduate degrees, or some college or technical school. Only about 28% of respondents were pursuing further formal education.

Experience is also important in determining compensation. Biomeds with 16 or more years of experience average about $21,000 more in base salary per year compared to those with 4–5 years’ experience.

Other Points of Interest
• Respondents accumulated a median of 20 technical training hours during the past year.

• As was true last year, approximately three fourths of respondents felt that their workload is acceptable. Many of those who felt overworked said that the root of the problem lies with their employer misunderstanding their positions’ roles and capabilities.

One technician from the Pacific region says, “I just tend to get a little further behind every day, even though I average 16 hours of overtime a pay period. I still love my job, but the hospital continues to expand with no plans of adding more biomed positions.” Another technician from the Mountain region says, “I have to work 20 hours of overtime a week just to get all the work done.”

One specialist from the South Atlantic area says management needs to provide incentives for workers who want to advance their skills and provide better service. “This profession does not reward workers that want to learn and service the latest technologies. The prevalent mentality is to do as little as possible and to stagnate. Medical facilities need technical advisement on medical equipment and can’t get it.”

Not Everyone Is Happy
Despite the respondents’ overall satisfaction with their compensation and jobs, some felt markedly different.

An imaging field engineer from Dallas says he would not recommend his profession because of the unstable work week.

“I would not recommend this profession to others. I would recommend getting more education, working normal 8–5 hours, and being better compensated,” he said.

A technician from the West South Central region with more than 16 years’ experience says that hospital politics often get in the way of doing the best job. “Why do most hospitals overwork their employees and focus only on preventive maintenance when there is more to customer service than passing the JCAHO [Joint Commission on Accreditation of Healthcare Organizations] inspections?”

A radiology specialist from Tennessee agrees. “Training is a problem. I am consistently expected to take on repairs of equipment I have no background in. I received training this year, but it has been over 4 years since the last school. The emphasis seems to be more on timely paperwork than competency.”

Barbara Christe, biomedical engineering technology program director, Indiana University/Purdue University, Indianapolis, and a 24×7 editorial advisory board member, says that the key to finding acceptable compensation may lie with being open to working in a new region.

“I do find that some graduates accept lower pay than they would prefer because they limit the employment options to one specific physical location. That is, they wish to work for the hospital that is close to their home, not a facility on the other side of the city. With those limitations in mind, it is not always possible to earn the best pay. As with any field, leaving an unsatisfactory position is the solution to underwhelming pay. For most BMETs [biomedical equipment technicians], networking with other BMETs to locate a new position (not always easy) can be the easiest remedy for unsatisfactory pay.”

Matt Baretich, president, Baretich Engineering, Fort Collins, Colo, and also a 24×7 editorial advisory board member, says he believes the profession is growing regarding its number of opportunities and its importance.

“Medical technology is an essential component of the health care delivery system. There will always be opportunities for professionals who can manage technology in support of safe and effective patient care. Clinical engineers and biomedical equipment technicians also need to manage their own careers. Lifelong learning, continuous professional development, creative long-term thinking, and openness to change are all essential.”

Trey Clark is a contributing writer for 24×7. 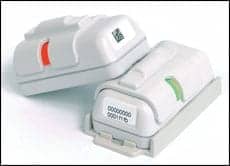