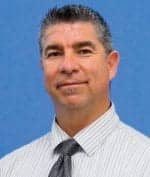 The common refrain heard from leaders of local biomedical associations is that getting consistent member turnout to meetings is the most difficult aspect of running the organization. Finding new ways to increase membership also challenges association leaders. And while the Colorado Association of Biomedical Equipment Technicians (CABMET) is not different in this regard, the association has been able to pull members and participants from across the United States—as well as from various countries around the world—with its productive and sought-after CBET study group.

Several proactive members of CABMET started the study group, and after its success, it became an association-run initiative, falling in line with the association’s mission of furthering biomed education.

“The mission of the association is to provide professional development for Colorado biomedical equipment technicians,” says CABMET President Fred Jaramillo, BS, CBET, biomed contract manager, University of Colorado Hospital, Aurora, Colo. “It is a resource for the technicians’ community to get some training and/or other type of education that they wouldn’t normally get in the hospital setting. Ultimately, we feel that if we provide them with professional development, it will lead to better health care and safer equipment for people in general. It really all boils down to patients: How do we get the patient treated safely and effectively so that they can go home and live productive, healthy lives?”

With the inception of the CBET study group and its offering to all interested parties—including military biomeds overseas who can receive recorded copies of the study group as well as all materials discussed—CABMET’s mission to educate has extended beyond the state line, especially with regard to certification, which Jaramillo feels is a crucial resource to offer.

“One thing that we’ve always done is promote certification,” Jaramillo says. “There are arguments out there about certification and whether or not it makes you a better tech, but we feel that the certification program puts biomeds in league with other health care professionals who are required to get board certified. In addition to that, the knowledge that you gain by studying for it will absolutely make you a better technician. A lot of people already know the information, but they just don’t take the time to take the test. So the way we promote that is we allow other organizations to pay the same as our members. We don’t charge any more to other professional organizations than we do our own people because we feel strongly that this is our mission. We do want to provide educational opportunities to everybody.”

To help educate more than just Colorado biomeds, CABMET has begun teleconferencing its general meetings and will begin videotaping its events to assist those technicians who were unable to attend the meeting in person. It offered its first recorded event of the organization’s annual symposium, which took place on August 19 and August 20. All of this adds to the association’s ability to attract new membership.

Bringing in those members from across the country and various international locations through the CBET study group plays an important role for CABMET because, like many other local biomed associations, CABMET struggles to attract a fresh, young audience. The Denver metropolitan area, where the association is based, lacks a formal educational system for those interested in joining the biomed profession, restricting a renewable audience that CABMET could otherwise utilize.

“We do not have technical schools locally,” says CABMET Secretary Cynthia Lusietto, senior administrative assistant, clinical engineering, Catholic Health Initiatives, Littleton, Colo. “We have to go to other states or other resources to recruit to get new people into our field. We had a program locally, but there wasn’t enough interest or enough people going into it to maintain it.”

The lack of a local formal education program affects the association by stripping the area of young biomeds that CABMET seeks to obtain. Like most associations, CABMET leadership is also concerned with the aging membership of the organization and hopes to find younger members to train and eventually charge with running the group. Yet, without a local source of these potential members, the group has struggled to attract a younger audience.

“Our biggest challenge is still the lack of new and young technicians, and a lack of local schools,” Lusietto says. “It’s something that we work on all the time as far as people coming into the field and trying to keep them here.” 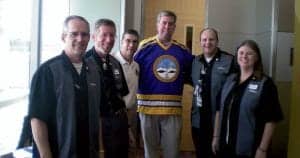 “There are a lot of guys out there with 20-plus years, and they come to the meetings and see how important it is and what a benefit it is,” Jaramillo adds. “We have a handful of younger members, but we would like to get more of those in so that we can mentor them and they can eventually take over as officers and members of CABMET. But we also stress to them the important information that they need for the future.”

To attract the younger members, CABMET leaders have discussed potential meeting locations and events that are not strictly education-based, such as taking the members go-karting. The group has also discussed the utilization of social media networks like Facebook and Twitter to connect with a younger audience. However, Lusietto notes that all CABMET officers work on a volunteer basis, and the maintenance of and participation in social media is a significant undertaking that the current leadership may not have time to properly utilize.

Attracting new members to its organization is not the CABMET leadership’s only concern. Another pressing issue for the industry, the integration of health care IT and biomed departments, has become a topic of discussion and education in the association. Regardless of where the industry may be headed, though, CABMET will stay abreast of new trends and offer solutions and training to its membership.

“There’s interconnectivity in medical equipment via networks that really hasn’t been taught in schools in the past,” Jaramillo says. “So we really need to start developing our biomeds in that area, and it is one of the things that we’re providing. We are providing network classes for our members to join at an extremely discounted rate so that they can learn the basic fundamentals of networking in a week-long class. Everyone is going to have to have that on their resume if they want to be a biomed in the future. We understand that and are providing that to our members.”

Whether it is offering study courses for certification, education on industry trends and new equipment, or providing a welcoming and enjoyable environment for its members, CABMET will continue to focus on supplying its members with an experience that will be both personally and professionally rewarding.