Electing a Company Representative to the State Association Presidency—Do or Don’t?

I was recently asked about my opinion regarding the possible election of an employee of a for-profit company to the presidency of a state HTM association. Apparently, there was some internal discussion about whether this was allowed or if such a revered position should be reserved for a hospital-based biomed. It’s an issue that has come up many times, and I am pleased to report that biomeds have always dealt with it in a very fair and evenhanded manner. 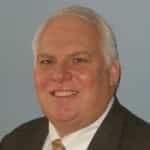 I know of no association bylaws that explicitly state that company representatives cannot be elected to the board of directors or serve as officers. (I am aware, however, that most—if not all—of the American Society for Healthcare Engineering associations prohibit vendor reps or employees from membership.) But no biomedical association distinguishes between people based on their employers.

Come One, Come All

The logic goes like this: Associations in the HTM field have many different stakeholders, including both nonprofit and for-profit hospitals, service companies, national independent service organizations, equipment manufacturers, equipment resellers, calibration companies, recruiters, equipment dealers, etc. Of course, it is the service personnel, technicians, managers, and salespeople who directly benefit from the organization’s main activities: education and networking.

Further, as stakeholders, people look out for their own employers or market segments, in addition to being responsible for upholding the mission and ideals of the entire organization. When elected or appointed to leadership roles, they’re responsible for putting aside their own interests—as well as the interests of their employers—and making decisions based the long- and short-term good of the entire association. This means making decisions that exhibit financial restraint and provide benefits for the members at large—not any disproportionate segment.

Biomed associations have always had the attitude that prohibiting certain members from holding certain positions was unfair and shortsighted since nobody can see into the future. After all, there may come a day when the best available leader might just have a corporate paycheck. And we wouldn’t want to miss the opportunity to be led by a superior leader just because of an overly cautious founding father (or mother).

So, to sum it up, I believe that we should trust the people who vote in the officers and allow them to do their jobs. Regardless of where a person draws their paycheck, he or she may still be the best choice for a leadership position. (Or maybe not.)

While we are at it, let’s talk briefly about the different leadership philosophies of state organizations. Most organizations have adopted the leadership roles of president, vice president, secretary, and treasurer. This is functional and lean, but it puts the workload on only four shoulders.

And think about all the young BMETs sitting in the audience, with only two to four years of job experience. If asked to volunteer for a leadership position, they know right away that there are only four roles. Consequently, they would end up bearing a huge portion of the association responsibility—something that could be tough for someone with little to no association experience. Considering that the roles are unpaid, it is no wonder that so few people raise their hands when asked to volunteer for officer positions. After all, there is no way to semi-participate—you’re thrown straight into the fire.

A more gentle and modern approach is to have a 10- to 12-person board of directors govern the association. With this model, members can vote in board members each year, with half of them elected to a two-year term. This large board allows newbies to accept as little responsibility as they feel comfortable with—and take time to work up to larger roles.

Members never directly elect officers—that is very important. After the new board is elected, board members get together and form their own ranks—deciding among them who should fill certain officer roles for the next year. This is also important because it takes into account the cumulative strengths of the people on the board and recognizes who works well together. Selecting the officers from the board allows the natural synergies to be recognized and maximized.

It should be noted that in a typical officer election—where the membership votes them in—a major flaw exists. We all know that it’s difficult finding enough qualified people to accept the leadership responsibilities of a volunteer association. Think about the balloting process: There are, for example, two nominees for each of the four positions. After the election, one of the two candidates is elected, leaving the other individual without any role in the association. This is a tremendous waste of man (or woman) power.

These people have stepped up to offer their leadership—and not only have they not been selected, they haven’t even been offered an alternative role. Why not elect them all to the board and appoint four officers, leaving the other four on the board? By the way, associations in North Carolina, South Carolina, Georgia, Kentucky, Dallas, Houston, and Virginia (among others) all use this larger board method.

Need help setting up a new association or revitalizing a faltering one? For a complete guide of the process, visit www.aami.org and download AAMI’s free document titled, “How to Establish and Formalize an HTM Association.” 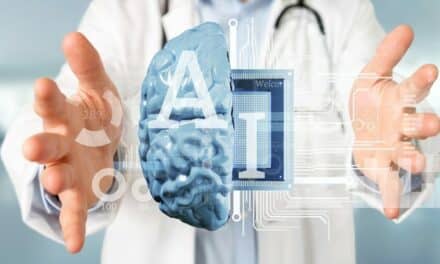 From A to Z at AAMI 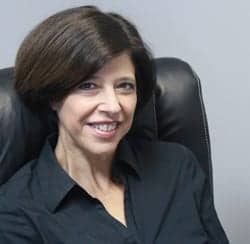 Talk to Me: Advice for Tough Conversations