AAMI’s Board of Directors has named health care veteran Robert D. Jensen as the association’s third president and CEO. He will replace outgoing president and CEO Mary Logan, who retires at the end of 2016 after an eight-year tenure.

“I am honored to be asked to serve as AAMI’s next president and CEO,” Jensen says. “Most of my professional life has been dedicated to the service of others, and this will be a capstone in my career. Throughout the process of working with the recruiter and the search committee, it was clear to me that AAMI is a high-quality organization with a culture of teamwork and collaboration, and a community of members that cares a lot about the organization and its mission.”

Jensen, a former U.S. Marine, has been with the MITRE Corp. since 2003. He currently serves as vice president and director of the CMS Alliance to Modernize Healthcare Federally Funded Research and Development Center. He conceived of and established the MITRE Center for Transforming Health, dedicated to improving health care nationwide through systems thinking, advancing technology, and providing transformative services for government health-related organizations.

AAMI Board Chair Phil Cogdill, who led AAMI’s executive search committee, was enthusiastic about the search process and the final selection. “We interviewed a number of truly extraordinary candidates, and I think that fact speaks to the respect and recognition that AAMI has earned in the health care technology world and in health care in general,” Cogill says. “I’m confident that we’ve chosen the right person to build on our recent success and take us to new heights.”

The selection of Jensen, 57, comes 10 months after Logan announced her planned retirement and just ahead of AAMI’s 50th anniversary in 2017. Jensen is expected to officially start on November 14. Logan will end her tenure with AAMI at the end of this year, meaning there will be a roughly one-month overlap during the transition. Logan will serve in a supporting role during that time to help with the onboarding responsibilities.

“Last fall, when I announced my intention to retire, it was important to me and the board of directors that we establish a process that would allow for the selection of a worthy and capable leader, and a smooth transition so that AAMI could continue its important work without missing a beat,” Logan says. “I think we have succeeded in that goal. I love AAMI’s mission and its members, and I feel confident that I will be leaving this incredible organization in good hands.” 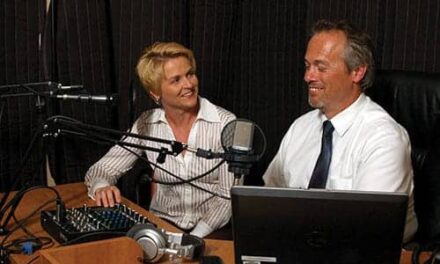