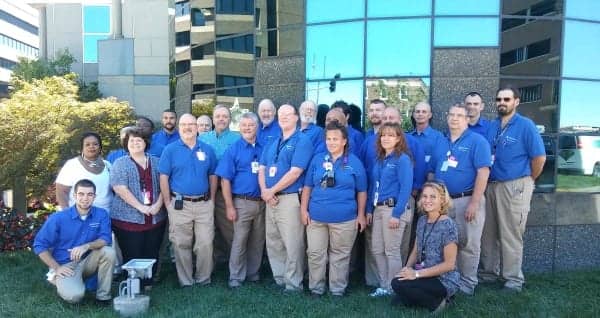 Advanced Care for the Smallest Patients

Managing an inventory of more than 19,000 pieces of equipment is no small task, but when you consider the people utilizing the equipment—children—it can up the sense of responsibility. It’s something the clinical engineering department at Children’s Mercy Hospitals and Clinics knows all too well. In addition to serving Kansas City, Mo.-based Children’s Mercy Hospital (CMH)—the largest children’s hospital between St. Louis and Denver—the 21-person team handles equipment at a handful of local clinics. “As a result,” admits Kevin Johnson, BMET shop manager at CMH, “It can provide some interesting logistical opportunities when remote site problems occur.”

To streamline operations, the clinical engineering team is divided into four sub-teams—diagnostic imaging, project management, general biomed, and outlying clinic support. Ken Ervin, BS, who recently took over as director of biomedical engineering, says this division allows the team to specialize in certain areas. It also helps the sheer amount of equipment the team handles to seem more manageable.

That’s not to say that the team operates like four separate entities, however. “We huddle together every morning to plan our day,” says Brian Hazelrigg, BMET. During the five-to-10-minute group powwow, department members discuss metrics and scheduling issues, as well as praise each other for jobs well done. CMH’s clinical engineering team also talks about any approaching deadlines and makes sure the Daily Safety Update is annotated.

“If patient care is affected in any adverse way—meaning if a vital piece of equipment is not fully functional, or down—it’s reported,” Hazelrigg says. The team huddle is also a great time to hash out the day’s challenges, he says.

One particularly challenging day that stands out in Hazelrigg’s mind is the time CMH’s portable x-ray fleet contracted a computer virus. “We had half of the portables down [in an attempt] to clean the virus,” he says. “And, without knowing it, we corrupted all the databases in every portable.” Worsening the situation even more was the fact that no one on the team was trained on the system. The x-ray vendor was then called in to rectify the problem—a process that took several days to complete.

“It was a constant battle with the department until it all got resolved,” Hazelrigg says. “But we worked with the redundancies we had and managed to get through it.” Still, he admits that it was a rather stressful situation for the diagnostic imaging team.

The recent implementation of new monitoring modules at CMH also proved stressful for the clinical engineering team, reveals Kevin Johnson. Several departments’ peripheral capillary oxygen saturation (Sp02) readings were being reported as “inaccurate,” so the team needed to work together to solve the monitoring issue, he explains. Using the “SBAR” technique—aka: situation, background, assessment, and recommendation—the clinical engineering team was able to determine the root causes of the SpO2 reading problem. And they were extensive, Johnson says.

In addition to the monitoring module requiring a software upgrade, the SpO2 interface cables needed to be replaced throughout the hospital to be compatible with the new modules and software. There were also issues with user settings and batches of consumable SpO2 sensors. Together, Johnson says, such issues created a “perfect storm” for the monitoring system. “However, the partnership [the team forged] throughout the SBAR process provided a successful resolution to the issue, which helped our clinicians improve patient outcomes.” In other words, it was a win-win situation, indeed.

Improving patient care doesn’t just take a culture of collaboration, however. It starts with hiring the right people, explains Ken Ervin. One way CMH attracts top talent is by working with the Linn-based State Technical College of Missouri to provide student internships. “We also stay active with the Kansas City Chapter of Health Technology Management Professionals,” Ervin says—with seven members of CMH’s clinical engineering department affiliated with the society. It’s a great resource for CMH, he says, and provides ample opportunities to network with other biomeds.

Networking activities aside, CMH’s human resources department works with hiring managers, such as Ervin, to on-board qualified individuals. “We have an excellent talent-recruiting staff at CMH,” Ervin says, “and by fostering a collaborative relationship with the hiring managers, [the recruitment process] is handled in a professional manner.”

CMH also makes sure candidates are equipped to handle the emotional complexities of working at a children’s hospital. Part of the interview process involves walking prospective biomeds through the NICU, PICU, and emergency department areas and gauging their reactions during the tour.

Candidates are also asked about any reservations they may have about working among the “sickest of the sick” children. Such actions go a long way in weeding out those who are suited for CMH from those who would do better in an adult-oriented hospital, members of the clinical engineering team say.

Jessica Samuelson, head of talent acquisition at CMH, says another—perhaps less conventional—way the hospital sifts through potential employees is via the “Introduce Yourself” program. Allowing applicants to introduce themselves by video, candidates can discuss their job backgrounds and how they will benefit the CMH team.

It makes the recruitment process a bit more personal, Samuelson maintains. “Once a top candidate has been identified, we move the candidate through the interview process as quickly as possible so that a quick hiring decision can be made,” she says.

Employee referrals are also weighed heavily. After all, Samuelson says, “No one knows the industry better than those who are actually in the industry. So we try to get involved with community groups to make sure we have identified all the top talent within the area.”

The hospital’s efforts are clearly working, maintains Ervin. Since 2006, CMH’s clinical engineering department has grown from just a handful of biomeds to 27 full-time employees. Included in this mix are two dedicated information technology specialists—something of a rarity in the clinical engineering field, Ervin says—as well as an office manager and two administrative support professionals.

“All members of the team are crucial to fulfilling the mission, vision, and values of Children’s Mercy Hospital,” Ervin says. And, together, the synergy of the group promotes better patient outcomes, he maintains.

Another departmental aspect that promotes better patient outcomes is CMH’s organizational structure. Unlike most biomed shops, CMH’s clinical engineering department reports to the chief of nursing and falls under the patient care organizational chart. “This structure allows us to be more attentive to the needs of the patient and the caregiver,” Ervin says.

And being attentive to the needs of caregivers and patients is of utmost importance at CMH, Ervin’s colleague Johnson says. Although he admits that working in a children’s hospital like CMH may not be everyone’s “cup of tea,” Johnson says the rewards of directly impacting patient care are numerous.

Many members of the clinical engineering department have counted family and loved ones as CMH patients, Johnson says—making their roles at the hospital “really hit close to home.” That personal connection also “provides additional motivation to do our best to help our clinicians so they can help our patients and their families,” he adds.

Keri Forsythe-Stephens is chief editor of 24×7. Questions and comments can be send to kstephens@allied360.com. 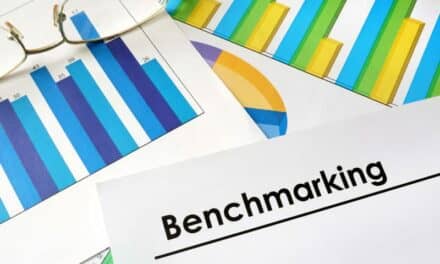 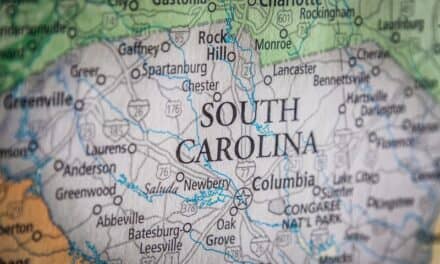 Siemens to Spin Off Healthcare Division as Standalone Business