Goals and initiatives of the National Sleep Foundation.

In recent years, there has been a dramatic increase in the amount and complexity of attention paid to topics in sleep science and medicine by people outside the sleep field. Media outlets across the globe are reporting on the connection between sleep and well-being more than ever before, and a quick glance at the scientific literature reveals that nearly every medical specialty is undertaking investigations into the role of sleep in human health. Sleep is also increasingly linked to performance. Modern society demands a 24-hour workforce, and as a result, every field of service that is of critical importance to public welfare and safety is currently engaged in study regarding the impact of sleep on its personnel. At the National Sleep Foundation (NSF), we’re building on this growing body of knowledge by launching new sleep-related public education initiatives. The new year holds exciting promise and infinite possibilities, and with the help of our partners, we hope to make 2008 The Year of Sleep.

NSF’s most effective and far-reaching partnership is the Community Sleep Awareness Partners (CSAP) membership program. In cooperation with our CSAPs, which include more than 800 sleep centers and clinics throughout the world, NSF is working to raise awareness of the importance of sleep and treatment for sleep disorders. NSF offers a wide variety of resources to support CSAP members in their year-round public education efforts and sleep-related grassroots advocacy programs at the local, state, and national levels. In addition, each year NSF provides CSAPs a sleep awareness “toolkit” complete with sleep education, media relations, and advocacy materials to support their National Sleep Awareness Week® (NSAW) events and outreach activities year-round.

Sleep has universal appeal, and media outlets are always ready to cover the latest findings in the field of sleep medicine and research as well as the results of NSF’s annual Sleep in America poll, which are released during NSAW. The focus of the 2008 poll is performance, an issue that is of interest to virtually everyone. In addition, NSF will host a variety of events related to sleep and performance during NSAW 2008, including a scientific workshop that will bring together leading experts from diverse backgrounds, making it the most broad-reaching sleep awareness campaign to date for NSF.

According to NSF’s annual Sleep in America polls, drowsy driving is a common and increasing phenomenon among Americans, especially young drivers. Determined to put the brakes on this trend, in November 2007 NSF launched Drowsy Driving Prevention Week™, a national campaign to educate young drivers and their parents about the dangers of sleepiness behind the wheel. The annual Drowsy Driving Prevention Week campaign will take place during the first week of November immediately following the end of daylight saving time.

In addition to year-round awareness initiatives designed to increase understanding and awareness of sleep, NSF works with sleep volunteers to advocate for sleep. Along with our partners and volunteers, NSF lobbied Congress in 2007 to provide funding for sleep activities at the Centers for Disease Control and Prevention (CDC) and will continue these efforts in 2008. We also met with individual legislators on issues such as sleep education for medical professionals, school start times, and national policies to prevent drowsy driving.

The National Sleep Awareness Roundtable (NSART), a coalition of governmental, professional, voluntary, and patient organizations launched in 2007 with the mission of increasing awareness of the importance of sleep and reducing the public health and safety impact of sleep deprivation and sleep disorders. In 2008, NSF will continue to work with NSART members, including the CDC, to foster communication about healthy sleep and to collaborate on sleep awareness initiatives among local, state, and federal agencies as well as professional organizations and the public. NSART is currently seeking to expand its membership by reaching out to new organizations and agencies that are interested in raising awareness of sleep issues.

EXPANDING OUR REACH ON THE WEB

In 2007, NSF launched a newly redesigned and updated version of its Web site, www.sleepfoundation.org, and we will continue to expand its capabilities in 2008. The new version of the site offers the same in-depth and continually updated content as the former version, but now offers new features organized in an easy-to-use format that makes the site a useful resource to more people and organizations around the world. In addition, a new resource, Topics: A to Zzzzs, provides information on more than 50 different sleep-related subjects, including many in Spanish. This new version of NSF’s Web site also allows visitors to find a sleep center quickly using a locator tool. But what I like best about the new site are the new capabilities such as online event registration and sleep-related forums and blogs. In 2008, we will continue to add both content and capabilities to the Web site, including sleep-related resources for health care professionals.

Since 1996, NSF has sponsored the NSF Pickwick Postdoctoral Research Fellowship Program, a grant to enable young researchers to devote full-time professional effort to mentored research in sleep or sleep disorders. To date, NSF has awarded more than $2.2 million to 29 individual researchers. Beginning in 2008, NSF will also offer the American Lung Association/National Sleep Foundation (ALA/NSF) Pickwick Fellowship Award, a new grant that will allow a promising young investigator to conduct research on sleep and breathing.

While I am thrilled about the increased and growing importance of sleep among Americans and people all over the world, there is still much more to be done in terms of making sleep a top priority in people’s lives. At NSF, our goal is to position sleep alongside diet and exercise in the healthy living triad. Working on all possible fronts and with the help of our partners, NSF’s staff and the members of its board of directors are committed to bringing sleep even further along in the coming year, and we are hopeful tha
t 2008 will henceforth be known as The Year of Sleep.

In my view, the hallmark of NSF is that it is completely voluntary and that it reflects the views and desires of many people across our society—to educate about sleep and to advance health and safety through sleep awareness. NSF relies wholly on contributions of time and money to carry out its mission and support its programs. Next year will see monumental sleep awareness and advocacy efforts on the part of NSF. We are calling on all members of the sleep community to join us by renewing memberships, making contributions, and becoming involved in our initiatives.

Meir H. Kryger, MD, FRCPC, is the director of research and education at Gaylord Hospital in Wallingford, Conn. He is also the chief editor of the primary textbook used in sleep medicine, The Principles and Practice of Sleep Medicine, and the author of A Woman’s Guide to Sleep Disorders. Kryger first joined NSF’s board in 2002, and then became vice chairman in 2004 and chairman in 2007. He can be reached at sleepeditor@allied360.com. 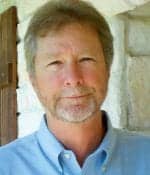 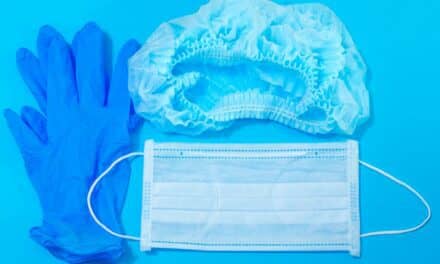 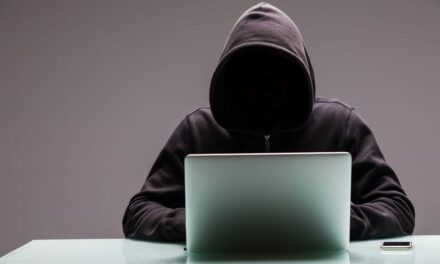