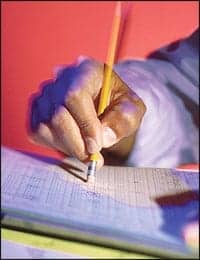 My curiosity about this topic was prompted by a brief discussion I had with a BMET who said he had blown the whistle on some similar actions and was fired from his job. I spoke with my wife, an attorney, to see if the falsification of documents is a commonly discussed topic in other professions. She indicated that there is a lot of talk about ethics and the accuracy of documents in most other professions. I decided to begin a discussion on document falsification within the biomed community to see if anyone had run into a situation like this. It seems others have, and I’ve recounted some of the responses below. This article does not imply that most hospitals, independent service organizations (ISOs), manufacturers, or biomeds yield to the temptation. I firmly believe that the overwhelming majority of the members of the profession are firmly rooted in honesty and integrity. This article is for those who have been harmed by the few unscrupulous operators.

You are a BMET working for an ISO. A hospital administrator (THE administrator) chats with you and happens to mention, “I don’t care if you ever do a test on my equipment, just so long as you give me the paperwork telling me that you did.”

This happened to me personally in the late 1970s at a hospital in rural North Carolina. I carefully explained to the administrator that I would never report anything I did not do, and that any test I performed on equipment was to ensure the safety, accuracy, and reliability of the equipment. I said every test I did was necessary. We never discussed it again.

You have recently become the safety officer for a 350-bed hospital, and you are responsible for six Environment of Care Plans (EOCs). Because of the workload and priorities, the Medical Equipment EOC Plan is last on your list to get up to speed. Then, The Joint Commission shows up. You know your vice president—and boss—will go absolutely ballistic if everything is not just perfect. You agonize over whether to take the inevitable hit on the Medical Equipment Plan or to make up some data. Discussing the situation with your boss, he tells you to “do the numbers.”

In the end, the safety officer made a choice and met with the surveyor and took the hit for a 12% preventive maintenance (PM) completion over the past year. He then offered his resignation to the vice president, who cooled off and apologized.

Times are tough, money in health care is short, and the value of PM is in question. Yet, it is impossible, at the present time, not to perform some level of routine maintenance on most medical equipment. The Joint Commission, the American Association of Blood Banks, and many state agencies require it, most manufacturers recommend it in their service manuals, and the courts want to see it in litigation cases. Many items will not function without some routine, tender loving care. But, many people in health care remain unconvinced about the value of regular testing, calibration, and electrical safety testing (EST).

A technician working for an ISO notices several inconsistencies. First, people were documenting more than 100 PM transactions per day! Second, infusion pumps had documents showing that many of them had missed six consecutive PM cycles, despite stickers on them that indicated up-to-date testing. Third, for equipment that had complex PMs, the test equipment necessary to perform the tests was not present or owned by the facility. The intent of the company was clear—say you did it even if you didn’t.

This technician complained about the falsification of documents. He was laid off within a month and has not worked in the field since 2006. He believes he was blacklisted. His opinion is that ISOs have to bid so competitively for business that they adjust their work output to match the available staff—meaning, according to this technician, that record falsification is required.

PMs are like those little deer-prevention whistles for your car. You stick them to the front of your vehicle, and they are supposed to emit an ultrasonic whistle that only the deer can hear. This is supposed to frighten deer off of the road as you approach so you don’t hit them. Do they work? Who knows? I have never hit a deer before I used them, and I have never hit a deer after attaching whistles. To what can I give the credit for not hitting a deer? The whistles? Would I hit a deer if I quit using the whistles?

PMs are the same way. Unless you have a device that completely stops working if something is not changed, cleaned, or adjusted, you might never know if the time you spend on routine maintenance is doing any good at all. For example, when was the last time you found an item that had high current leakage? What percentage of your tests does this account for?

A Michigan hospital hires an outside company to assist with PMs due to recent staffing shortages. The company is given the hospital’s in-house procedures to use, and a couple of the company’s technicians are caught pencil whipping the files.

In this case, when the hospital was notified about the falsification of records, the two technicians were immediately removed from the hospital and fired. The replacements were excellent.

In New Jersey, a biomed reports that a company failed to provide PM kits, needed supplies, etc, but required the PMs to be completed anyway. It was common to do only an EST instead of a full PM.

Unfortunately, the supervisor ignored that up to 200 PMs were turned in per day by a single technician; he was under pressure to “make the numbers.” The technician left a $65,000 per year job because his company required the falsification of records.

“Needless to say, I left for the day thinking this was it, that I would be resigning the next day. He called me the next day at 7 am, again, frantically screaming, ‘Where are those records?’ Again, I reminded him that we did not have any. I didn’t have to resign because later that morning, we all found out that the tables had been under contract and the OR had all of the records. Our relationship was never quite the same after that.”

Pencil whipping occurs because of two reasons—pressure from the boss or because of the laziness of the technician who is supposed to perform service. Either of these reasons can come into play monthly or en masse shortly before an inspection is due.

Let’s face it—nobody got into biomed because they had an irresistible urge to do PMs. It is among the most boring and unrewarding parts of the job for most of us, so it does not take much for some biomeds to be nudged into gundecking their PMs. Avoid unrewarding work, make more time for real technical work, and keep the boss happy. Win, win, win! … Wrong.

Let’s examine the downside. Most hospitals already use a risk-based program that is intended to objectively examine the benefits of scheduled maintenance and allocate scarce time to those items that can benefit from PM, while avoiding wasting time on items that:

The risk assessment is performed by a qualified person and reviewed and approved by a multidisciplinary committee, such as the EOC committee. The typical risk-based program slashes average PM intervals from twice per year to as little as once every 2 years. Also, about one-third of the medical devices require no scheduled maintenance after the initial incoming inspection, except after a repair.

With all of the marginal work removed, it is especially important that the remaining work be performed as scheduled and as completely as possible. If properly implemented, the risk-based system has already removed the nonvalue-added work.

Could the falsification of maintenance records be construed as a violation of Medicare/Medicaid laws? Enter the federal government—I think this could be considered a type of fraud. My advice to everybody: Say what you do, and do what you say. This is the golden rule of policies and procedures. If there is some part of your job that you think is not important, collect data and present it to the proper authorities. They can share the responsibility and remove you from trouble down the line. Supervisors and managers, the buck stops with you. The standard of guilty in a court of law asks the questions, “Did the person know?” or, “Should the person have known?” about the infraction. Failing to review your subordinates’ work logs and time documentation is no defense. Any BMET who completes 100 PMs in a day is not telling the truth.

What should you do if asked (or told) to falsify records by a superior? Keep your answers neutral so that you do not lose your job but you maintain your integrity. Then, update your resume and find another job FAST! If your boss condones lying to anybody, he/she will lie about you sooner or later. It is about like expecting a cheater not to cheat on you.

I’d like to extend my thanks to the people who responded to my request for information and called me with their experiences. I have purposely provided scant details to protect those who responded. Interestingly, I did not receive calls or e-mails from anybody who admitted falsifying records themselves. Those people are still out there. 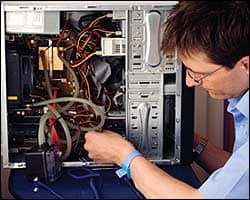 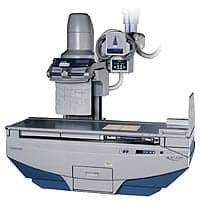