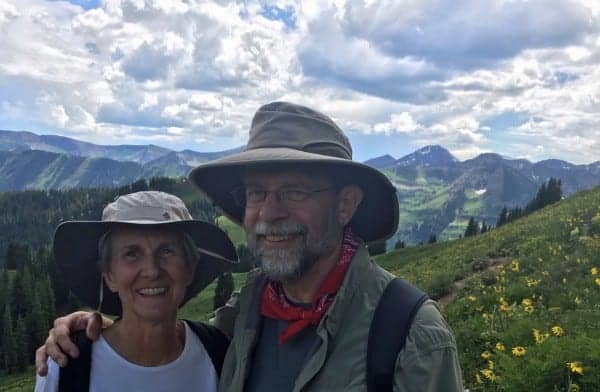 Early in life, Matt Baretich, PE, PhD, the 2017 recipient of AAMI’s “HTM Leadership Award,” chose to pursue a bachelor’s degree in electrical engineering at Iowa State University. “I was a high school kid who didn’t know much about the world,” he says. He liked electricity and engineering “since they both sounded interesting.” But it was the call to service that set Baretich on his career in biomedical engineering.

Baretich thinks back wistfully to the early days of his career—a time period in the ’70s when he remembers people across the country and the world asking themselves: “How can I be of service to the world?” His first step on his path of service was to pursue a master’s degree in biomedical engineering, also at Iowa State University. 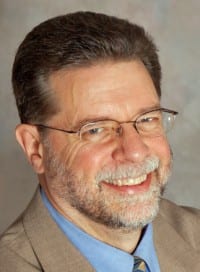 While he says the degree appealed to his interest in clinical engineering, it was his passion for using technology to “do good in healthcare” that kept him on his career journey. He later earned a PhD in hospital and health administration from the University of Iowa, where his dissertation was titled “Management of Technology: An Empirical Investigation of Clinical Engineering Effectiveness”—a subject that would play a major role in his future work.

It was while he was an employee at the University of Colorado Hospital that it dawned on him: What really kept him engaged was working on projects—whether that was as part of the team responsible for designing and building a new patient care building or conducting a major reorganization of the engineering programs on campus.

“I liked doing those projects more than I liked the day-to-day work, and I was probably of more benefit when I did that kind of work,” Baretich says. “Thank goodness there are people who love to run the organization well and smoothly day after day so that the work gets done. I’m just not particularly good at or interested in that.”

Stepping Out on His Own

It was in 1997 that Baretich took the leap to work as a consultant. Today, he’s president of Fort Collins, Colo.-based Baretich Engineering, Inc., where he works in two disciplines, namely clinical engineering and forensic engineering.

On clinical engineering-focused projects, he helps clients improve patient care through the cost-effective management of medical technology. And in the forensic engineering realm, Baretich uses his skills to help identify the root causes of adverse incidents and avoid their recurrence, which involves incident investigation and litigation support.

It was one of Baretich’s mentors who suggested that he pursue forensic engineering, he says. “There are two kinds of people who try that [work],” he was told. “Most people try it and never want to do it again. They don’t like working with lawyers or being in an adversarial [role], and they don’t touch it again. But some people just enjoy it. They think of [forensic engineering] as solving a mystery, bringing technological [know-how] into different situations.”

Baretich says he falls into the latter camp. What he enjoys most about this work is the fact that every case is different—a benefit, he says, that allows him to learn new things and dig into the technological details of a case. “That keeps me coming back,” he enthuses. “It’s a fascinating area.”

One case Baretich investigated—and one that will be forever etched in his mind—involved a surgical patient whose operating room table moved during the procedure. Ultimately, Baretich says, the medical team couldn’t stop the table from moving and the patient was harmed. And what was especially noteworthy about the case was the fact that the power source to the table was unplugged from the wall since the OR table was battery-powered, he says.

Baretich says this case raised a wealth of technological questions. Chief among them:

After all, Baretich says: “This wasn’t supposed to happen.” Still, he concedes that the case was extremely rare, other than that instance. “But it’s of real concern,” he says. “We try in HTM to make things go right, but this is the dark side of that coin.”

For these types of projects, he typically works with a team that includes a medical/surgical expert and a lawyer. And Baretich’s role often involves knowing how the technology works; tapping into U.S. FDA databases that report on medical device failures; and reading the relevant service manuals, legal depositions, and other legal documents. On this particular case, however, the team disassembled all of the operating table’s parts and captured video and photos.

Still, Baretich says, this exciting work doesn’t come without its challenges—and frustations. One reality that can be irksome, he says, is when the lawyer heading the team is able to settle the case. In that scenario, the need for Baretich’s services disppears—and he may not be able to fully solve the mystery.

A Lifetime of Service

As evidence of Baretich’s numerous contributions to the biomedical engineering field, he was recently awarded AAMI’s “HTM Leadership Award”—which, the association says, recognizes individual excellence, achievement, and leadership in the HTM profession.

According to AAMI, Baretich was “selected for his leadership in developing practical approaches to meeting HTM challenges, including regulatory compliance and benchmarking.” Further, the organization highlighted Baretich’s work in developing both AAMI’s HTM Levels Guide and the American College of Clinical Engineering’s certification in clinical engineering prep course.

Moreover, Baretich’s membership in AAMI’s Reliability-Centered Maintenance Committee, as well as his regular contributions to 24×7 Magazine—where he serves as a member of the editorial board—were also lauded.

Favorite hobby: Bicycle touring and backpacking rank among Baretich’s top pastimes. “I have an idea to bicycle to Iowa from Colorado,” says Baretich, retracing a bike trip he took many years ago. After all, he says, one of the many benefits of consulting is the flexibility it affords him to hit the road.

Even so, Baretich doesn’t consider himself a “serious athlete”—instead finding bicycling to be “meditative.” He describes his bike rides as “rhythmic,” and says he enjoys the feeling of independence and self-reliance he experiences on such bike trips. Backpacking is another favorite, Baretich says, because it allows him to “get into the wilderness.”

Top tunes: Describing his taste in music as “all over the map,” Baretich cites Grace Slick and Bill Monroe as his favorite musicians. Slick, Baretich says, was a member of the legendary band Jefferson Airplane while Monroe is often heralded as the creator of bluegrass music. In fact, Baretich still speaks fondly of seeing Monroe perform before his passing in 1996.

Taking Control of Your Career Path 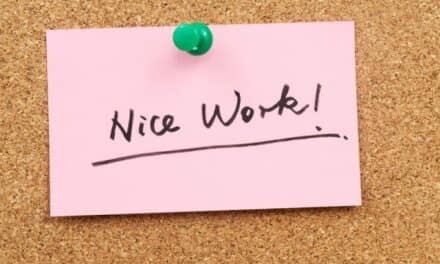