Ever wonder exactly what you can do to help improve the biomedical industry? Ask industry vet Malcolm Ridgway, PhD, and he will likely offer a few suggestions.

Throughout his long, varied career, Ridgway worked on a range of engineering and research projects before devoting himself to clinical engineering. He spent time working in hospitals, universities, and even in the aerospace industry, where he worked on the life detection instrument, which was deployed on the surface of Mars by the Viking spacecraft. His career then took a sharp turn when he received a grant from the W.K. Kellogg Foundation in 1974 to help establish one of the nation’s first biomedical engineering shared service programs at the Hospital Council of Southern California, the project that later became Masterplan.

Ridgway has watched the biomedical industry grow from humble beginnings when both kidney transplants and open heart surgery were in their infancy, and when the need arose for electronic gadgets to monitor patients around the clock and for technicians to monitor them. After decades of constant innovation and advancement in both hospital administration and medicine, biomedical engineering has transformed itself into a vibrant and cutting-edge field.

But even as buckles tighten in hospitals everywhere, and worries about the direction of the biomedical industry continue to grow, Ridgway is optimistic that CEs and BMETs can begin to play a new role in strengthening the health care industry.

For one thing, Ridgway believes biomeds should more clearly define their place in the hospital. “We deal with hospital executives every day that don’t have much of an idea of the things they would like us to bring to the table,” he says. As a first step, he would like to see biomeds get more proactive about guiding hospitals in making smarter purchasing decisions. “The important thing to do is to develop the selling case for bringing new technology to hospitals and show them how it can provide a return on their investment,” he explains.

To develop a solid sales pitch, Ridgway suggests that all biomeds fine-tune their public relations and communications skills. “Customer service is something everyone can be an expert in,” he says. “But some people are just naturally better customer service people than others.”

It’s undeniable that Ridgway has that natural gift for making a positive impression on others. In addition to his work with Masterplan, Ridgway has become a sought-after public speaker, presenting on both technical and timely topics aimed at objectively looking at how to improve the industry. “Malcolm’s presentations are always interesting as he tailors them to the audience, never giving a canned presentation,” says Ridgway’s friend and colleague David Harrington, PhD, a health care consultant from Medway, Mass. “His greatest gift is that he never talks down to the audience, and always makes them feel like he’s sharing a true experience with them,” Harrington says.

His positive attitude and natural charisma extend far beyond the podium, as evidenced by his relationships with biomeds of all levels. “He was one of the pioneers who found time to talk with and encourage younger clinical engineers like me,” says Matthew Baretich, PE, PhD, president of Baretich Engineering, Fort Collins, Colo. “He’s been a role model for me.”

LOOKING TO THE FUTURE

Encouraging younger biomeds is a topic that has gotten quite a bit of attention recently as the industry struggles with how to replace the growing number of retirement-aged biomeds with new blood. But Ridgway does not seem worried. In fact, he is hopeful that a changing medical landscape will help breathe new life into the industry. “When all the talent was going into IT, we were all thinking this was the end of the world,” he remembers of the reaction to the dwindling numbers of new recruits the industry experienced a few years ago. “But then, of course, IT took a nosedive. A bunch of people went into it and are now looking around at something else to do,” he says.

One suggestion he makes is to fuse the most attractive elements of IT with biomedical engineering. “I would think to help ourselves now we should look to the IT aspects of our jobs, and try and tap into the natural trend that young people have of going into this type of work,” he proposes. While he acknowledges that there will be challenges, among them less attractive pay scales, he also sees a prime opportunity for growth at a time when jobs in general are fewer and farther between. “It’s a stable industry,” he says. “And a lot of people look at health care as the gift that keeps on giving.”

It is not just a younger crop of IT-minded biomeds who he believes will bring greater efficiency to hospitals. Ridgway would also like to see the biomedical industry begin to follow what has become a well-established trend in other fields and perform less preventive maintenance (PM). “We’re still stuck in the middle of the 20th century doing too much PM,” he remarks. “In the aviation industry when they were trying to put the 747s into commercial use, they began to reduce the amount of maintenance performed by 50% and a huge bonus resulted. They found the 747 to be 100 times more reliable than the 727, even though it only had 2% of the PM,” he says. “I know basic PM is the bread and butter of what we do, but we should be putting our heads together to figure out how to work around that.”

While he acknowledges that some of his suggestions may be tough to swallow or may be met with some resistance, Ridgway’s suggestions look to the industry’s growing future and come from someone who has dedicated his life to shaping its past. Perhaps his friend Matthew Baretich best sums up his impact on the industry: “Malcolm has always been one of the best thinkers in clinical engineering. He has tremendous powers of insight, analysis, and creativity in tackling a problem.”

If nothing else, after more than 35 years of valuable contributions and service, Ridgway has at least gained his community’s ear. Fortunately, he has plenty to say. 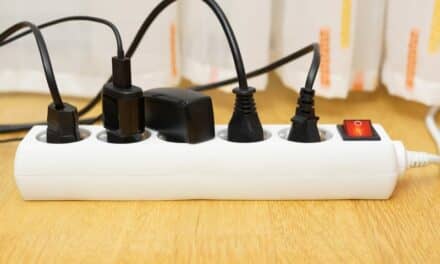 Power Strips and RPTs—Where Are We Today?

HIMSS to Discuss Technology in the Big Easy