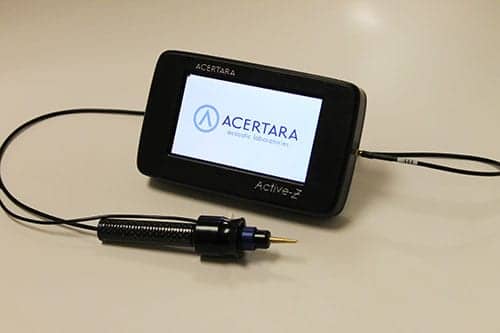 Acertara Acoustic Laboratories, Longmont, Colo, has announced that its newest ultrasound probe testing device, the Active-Z, has received the CE Mark, allowing it to be sold within the European Union.

The company describes the Active-Z as a low-cost, handheld ultrasound probe testing device that can rapidly diagnose a suspected defective probe. Using a proprietary technique, a broadband signal is transmitted through a patent-pending stylus into individual pins of the probe connector; Active- Z then receives the returning signal through the stylus and measures the resultant complex impedance of the connection between the probe connector and the acoustic stack within the probe housing.

This technique, the company says, allows the user to identify potential problems like a broken wire within the cable or a flaw within the array itself, such as a dead element or delaminated lens. 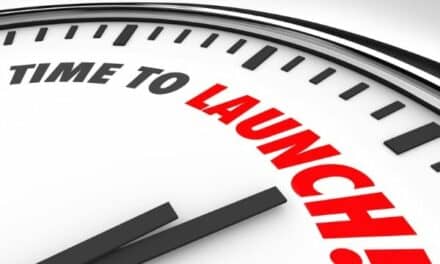 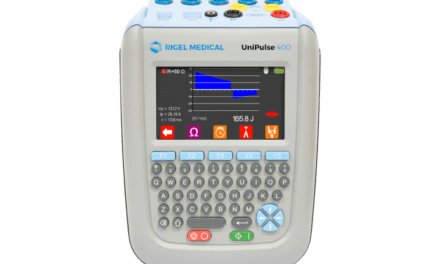