The View on Ventilators 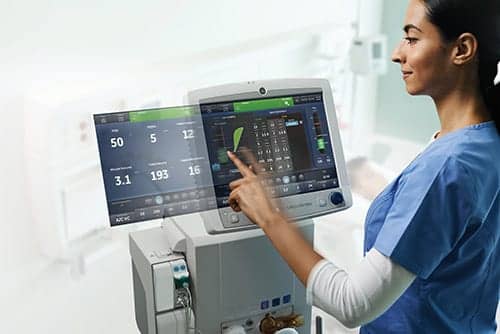 The keys to effective ventilator management can be found in procurement, training, and the use of a team approach

Vermont winters are notoriously brutal, with temperatures often stuck down in the teens. But ask Theresa Bugbee if that bothers her, and she laughs. “I’m in the basement,” says Bugbee, a biomedical equipment technician at the University of Vermont Medical Center in Burlington. “Wind chills? We don’t even have windows.” 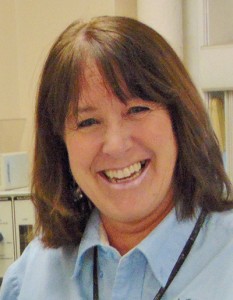 Which is helpful, since Bugbee, UVM’s resident HTM expert on ventilators, has little time to waste on the weather. Vents, Bugbee explains, are just part of her job. But considering their numbers—130 in all, from 10 different makers—“they’re a whole lot of work.”

She sees each ventilator at least twice a year for preventive maintenance and scheduled testing, Bugbee says, and while she’ll occasionally find something in need of repair, it’s relatively rare. More common, in her experience, are the calls from clinicians, or from respiratory therapy technicians, when a problem comes up that requires her attention. But even that is becoming a thing of the past.

“I used to have to deal with a lot of user issues—like there’s a setting that needs to be changed, or a there’s a hole in their circuit, or the humidifier that’s part of the system isn’t heating correctly, so there’s moisture building up that’s causing the ventilator to alarm, when it’s actually the humidifier that’s not working.” The kinds of things, that is, “you’d expect a person who uses that equipment every day should be able to handle.”

Now, Bugbee says, those situations are a lot less frequent—which means she can spend her time where she’s needed the most. “Now, [the clinical team] is much more educated about the technology. They understand how the system works, and they’re willing to do that front-line troubleshooting themselves.”

In her view, Bugbee says, “ventilation is ventilation is ventilation.” One ventilator might have “different knobology, or different settings, or different PM parts, or a different way to test it, but the principles behind it are the same” as for the next one. When she has a specific question about a certain model, she says, she’ll refer to the service manual, or—if she needs it—tech support, which across the board, with every manufacturer she’s worked with, “is awesome.”

During purchasing, she notes, her department encourages hospital leadership to look at the whole cost of ownership, and to include as factors the availability of product-specific service courses and cooperative support teams. “Once we were replacing gaskets and we needed this tiny little spring, but to get it”—and it didn’t even have a part number—“you had to order the entire assembly for something like $2,500.”

Someone from her team jumped on the phone with tech support, and before long, Bugbee recalls, a box of springs was on its way. “That’s how we do it here. We work closely with support, and I go to their service schools, so if there’s a valve that needs to be replaced, or a pressure meter that has to be recalibrated, I can do the repair on-site. It’s cost-effective,” and it’s also efficient, “so it’s the best thing for our end users—the patients.” 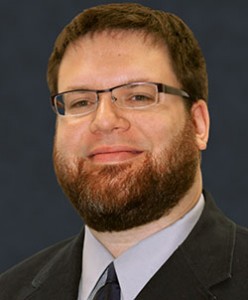 Doing what’s best for patients, in fact, was the primary reason for last September’s AAMI/FDA Summit on Ventilator Technology, where clinicians, manufacturers, HTM professionals, and others discussed the various issues, and potential solutions, surrounding ventilation technology. Patients’ interests were also in mind last October, November, and December in three separate FDA Class 1 recalls of four different ventilators. In one of those recalls, the FDA pointed to the “potential for damage to their power cord adaptors, which can cause loss of power and complete shut off.” The others involved a software problem and cracks in a circuit board.

That’s not to say that current ventilator technology is in any sort of crisis. “These days, ventilators are very reliable,” says Brad Bonnette, senior project officer in the Health Devices Group at the ECRI Institute. His organization is unaware of any recent reports of ventilator failure that could have been prevented, or of anything—beyond the occasional recall—regarding issues related to safety. “Obviously, ventilators fail. But typically, when they do, they just stop working, they alarm appropriately, and the hospital will just switch it out with another ventilator, and then either send it out for repair or fix it themselves when they have time to do so.”

And don’t be discouraged by the recalls, notes Dan Van Hise, vice president of marketing, Hospital Respiratory Care, at Philips. “The FDA is now classifying almost all mechanical ventilator recalls, whether they’re major or minor, as Class 1, when in the past they would have been classified as Class 2 or Class 3.” Ventilators, in other words, may be making more headlines, but most feel they’re the same as they’ve ever been: critical life-support systems that require careful maintenance, regular testing, open lines of communication with the clinical team, and, on occasion, close collaboration with manufacturers. And yes, ventilator technology is changing, but those changes, in general, are making it easier for biomeds to do their work.

“I look at it as a partnership,” Bugbee says of the three-way relationship between herself, UVM’s respiratory therapy department, and the manufacturers. “Everyone helps each other where it’s needed.” For example, she says, manufacturers’ recommended test modes don’t always match up with the modes in which clinicians tend to use their vents, which makes communicating with the respiratory therapists key. “If there’s a component that’s starting to fail, I don’t want to miss it because I’m looking in the normal testing mode. I need to test in the mode they’re using.”

According to Mario Carvajal, president and CEO of South Pacific Biomedical, a company offering hands-on ventilator maintenance and repair classes in Temecula, Calif, it’s a different story for third-party biomed shops. “If you’re an independent biomed and you’re not employed by the hospital, in some cases you can’t call the manufacturer and buy a service manual without enrolling in their training class, and in other cases they won’t even let you take a training class to begin with.”

Along similar lines, he says, the computerized service tools that are increasingly required for work on ventilators are “not always made available” to independent biomeds. “Which means he has no choice but to call in the manufacturer to service the ventilator, even though the hospital has contracted him to take care of the service for them.” Carvajal describes manufacturer dislike of third-party servicing as a “growing trend” and “a real challenge for a lot of my customers.”

Nevertheless, Carvajal says, he sees a steady stream of HTM professionals in his classes, where he’ll spend 2 to 4 days on one model of ventilator, covering everything from user control and navigation of the various screens and displays, to testing, troubleshooting, and calibration for that vent. During troubleshooting, he’ll simulate typical problems by “disconnecting a cable, swapping some tubes around, or introducing something that will cause the ventilator to malfunction.” They discuss error codes, he says, and the tests they can use to isolate specific parts of the vent to determine exactly what failed and how it might be fixed.

Third-party biomeds are welcome at Philips’ service schools, according to Van Hise, as are staff HTM professionals from any healthcare facility that uses its ventilators. “And we’ll teach them not only how to support the product and do the preventive maintenance, but also how to do field corrections with our support and parts.” (Service manuals are also available to anyone, he notes: “They’re not secreted in any way.”) 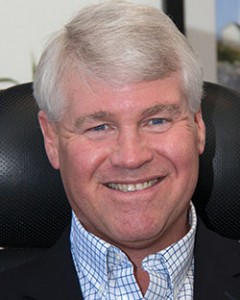 And for those who can’t attend the school—or any biomed, for that matter, who needs technical support—they offer a remote diagnostic service called Respi-Link that allows the company’s own ventilator specialists to connect to its machines via the Internet. “We don’t do it while it’s in the clinical environment,” Van Hise explains. “It’s only with biomeds, and our engineers can see the exact same things that they’re seeing.” The technology allows the Philips technicians to help with troubleshooting, push through software updates, and make other changes as necessary, he says.

In the past, “ventilators were typically not networked devices,” Van Hise notes. Today, though, that’s changed. “Certainly, with our platforms, and I would say throughout the industry, it’s much more common now to have ventilators connected either to the hospital network or to patient monitors, and also to connect them to remote software” on smartphones, for example, “that allow access to the settings and alarms and monitor data” attached to each ventilator. Increasingly, Van Hise says, today’s biomeds must keep tabs on that data flow to ensure it’s not disrupted by something as simple as a disconnected cable or a poorly seated module.

“Or maybe it’s that ventilator X is connected to a Cerner EMR, and Cerner changes their software and that next-generation version doesn’t work” for that ventilator. “Connectivity problems like this are becoming more and more of an issue, and for biomeds, it’s really opening up a whole new can of worms.”

Fortunately, thanks to other new and soon-to-arrive advancements in ventilator technology, that can of worms may yet prove manageable. Going forward, Van Hise says, Philips, for one, will be “looking at ways we can make our products more intelligent” and creating “intelligent service plans” around specific devices. Such plans, he explains, would allow “smart messaging” to remind HTM staff that it’s time for preventive maintenance on a specific ventilator, or to warn that if certain actions aren’t taken, a device might fail. 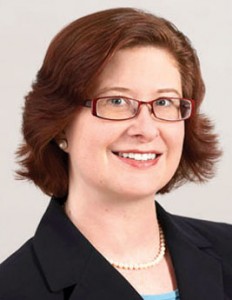 “Probably the biggest change that we’ve seen in ventilators in the last 18 months is around touch-screen interface,” says Paige Krause, global product marketing manager, Life Care Solutions, at GE Healthcare. GE’s latest model is still pending clearance by the FDA for use in the United States, notes Krause, but when it does reach US hospitals, she thinks biomeds will see a noticeable drop in user-issue calls.

“When clinicians look at the screen, they see what they need to see and they’re able to find what they want to find.” The “intuitive” design, Krause adds, also makes testing and servicing easier. “You go through that same touch-screen interface, and it only requires one preventive-maintenance session per year.”

Ease of use, and minimal needs when it comes to maintenance and repair, are key factors to consider in any ventilator product, Bonnette notes. His group recently did a study on behalf of a client who asked them to look at both the capital costs and 10-year total cost of ownership for three ventilator models. And what they found, he says, surprised them.

“The total cost of ownership was about the same as the capital cost of each device. And when we broke that down into the operational costs and the maintenance costs, including what you’d pay for PM kits and servicing, it was roughly comparable for all three devices” they researched. Their conclusion? When the time comes to purchase new ventilators, “feel free to look at other factors”—like patient needs and your relationship with vendors—“because you’re not going to see a whole lot of difference in cost.”

That’s welcome news for BMETs like Bugbee, who knows from experience (34 years and counting) just how valuable those other factors can be. In her opinion, she’d like to see more photos and other visual aids in ventilator service books so that when she’s running checks through her laptop, it’s perfectly clear what’s happening. “I mean, what does a ‘y.3.1’ mean to me unless I know what it looks like?” That one simple, time-saving upgrade would ultimately prove priceless, Bugbee says, since ventilators, as interesting as they are, “aren’t the only thing that I work on.” 24×7 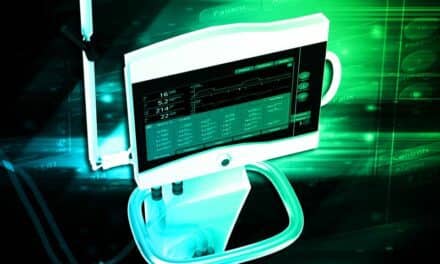 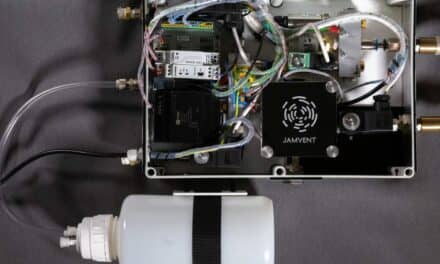