A team of engineers and physicians at the University of California San Diego is working to turn emergency handheld ventilators into devices that can work autonomously for long periods of time, without human input. The team kick-started the project several weeks ago, when news started to trickle in that communities in Northern Italy with widespread COVID-19 were in dire straits.

“One of the biggest things we heard was that there weren’t enough ventilators to treat all of the patients coming into the hospitals,” says James Friend, a professor in the department of mechanical and aerospace engineering and the department of surgery at UC San Diego. “It’s clear that if we’re not careful, we might end up in the same situation.”

The situation in Italy spurred Lonnie Petersen, MD, PhD, an assistant professor in the Department of Mechanical and Aerospace Engineering at the Jacobs School of Engineering at UC San Diego and adjunct in radiology at UC San Diego Health, to reach out to her medical and engineering colleagues, proposing a new collaboration to quickly produce simple ventilators that could be easily built and used to support patients in a crisis.

The team also launched other projects, including converting other air pressure machines, such as CPAPs and Bi-PAPs into ventilators; and adapting existing ventilators to serve more patients.

The first step was to seek consensus with anesthetists and respiratory therapists about minimum requirements for a ventilator. The next was to determine whether engineers could reasonably produce them, and how quickly. “This is a team effort,” says Casper Petersen, MD, an assistant project scientist at UC San Diego Health, “and we need to include as much expertise as possible early on in the project. We are lucky to have had a lot of very dedicated colleagues rise to the occasion.”

From Manual to Automatic

Within days, a team of researchers began building devices using premade parts and 3D printers. Their first goal was to convert an existing emergency handheld manual ventilator model to an automatic one, able to provide breathing assistance without human intervention. The team plans to use tubes placed in the patient’s trachea, connected to the device.

“COVID-19 is not a mechanical ventilatory issue—therefore it may not be enough to push air into the lungs—it’s about being able to regulate pressure and volume to increase oxygen uptake,” Lonnie Petersen says.

The existing manual design features a mask fitted over a patient’s face and a bag that can be squeezed by hand to push air into the patient’s lungs. The team is designing a machine that can do the squeezing instead, freeing doctors and nurses to address other concerns.

The advantage of 3D printing is that it can be used to quickly produce customized parts. Devices can be made on a small scale much faster than by traditional manufacturing methods.

The team is awaiting a few more parts to build a more sophisticated ventilator using an electric pump. “Our aim is to have functional devices as soon as possible,” Lonnie Petersen says. “Once we’ve got the bare bones system up and running, we can start adding layers of sophistication and automation. Those additional layers will include advanced regulation of air pressure and flow to allow for a more disease-specific and patient-tailored respiratory support.”

The first ventilators will be simple, but the goal is to have something readily at hand when the need arises. The team has functional prototypes and are ready to test them in simulators, in collaboration with anesthesiologists, before potentially applying to patients.

“Normally, the production timeline on something like this would be months, or even years,” says Lonnie Petersen. “By building on existing technology and taking multiple steps at once, we aim to reduce that timeline to weeks.” 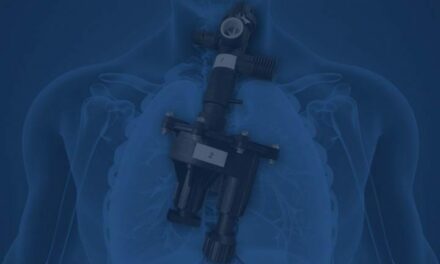