Toshiba America Medical Systems, Tustin, Calif, announced two key personnel appointments on February 23. The company says it has named Guy Poloni as director of its MR business unit and Bill Newsom as director of its x-ray vascular business unit. The two will be responsible for “implementing strategic marketing plans that drive growth and profitability for their respective product lines,” according to the company. They will also work with global business units at Toshiba Medical Systems “to communicate the needs and requirements of the US market.”

Poloni was Toshiba’s 3T product manager from 2011 to 2014 and most recently served as deputy director of MR at Toshiba Medical Research Institute. Before Toshiba, Poloni worked as the Sequence Development Unit Director at Buffalo Neuroimaging Analysis Center at the Jacobs Neurological Institute in Buffalo, NY. “Guy’s proven track record and expertise in the MR market make him the perfect leader of the MR Business Unit,” said Calum Cunningham, vice president, Marketing and Strategic Business Development, Toshiba.

Newsom also comes from within Toshiba, having been with the company since 2003. He has held several senior roles in the x-ray vascular business unit and in sales, having served most recently as West Zone Business Manager for x-ray vascular. “Bill’s extensive knowledge of the X-ray vascular market and our products, and his dedication to giving customers a voice, will help drive sales for our industry-leading products in this segment,” said Cunningham. 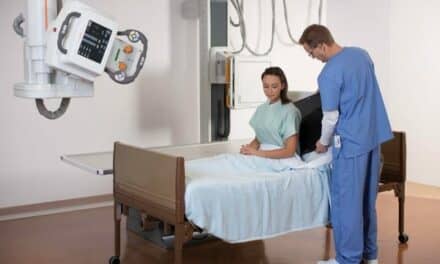