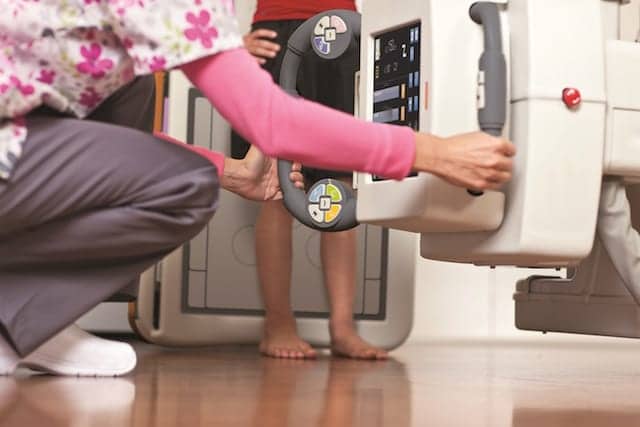 “The evaluation process included demonstrations and site visits from four potential suppliers,” says Kelly Oppe, imaging director for Carle. “Our radiology managers and technologists selected Carestream’s DRX systems because they marry advanced features that address our imaging needs with ease of use and excellent image quality.”

“Our team also sees evidence of Carestream’s continuing investment in enhancing their software and hardware,” she says. “We want to align with a supplier that is going to deliver new features and technologies that can further expand our imaging capabilities in the future.”

A DRX-Evolution Plus system with two CARESTREAM DRX Plus 3543 detectors is installed in the Carle on Curtis outpatient center in Champaign, Ill., and a second DRX-Evolution Plus will be installed at the 393-bed Carle Foundation Hospital in Urbana, Ill., later this year.

“This advanced imaging system offers an extended tube column for enhanced flexibility and an autotracking feature that moves the X-ray tube into position to help reduce fatigue and repetitive stress injuries for technologists,” according to Pattie McCord, the organization’s director of east regional imaging.

The DRX-Evolution Plus expedites capture of long-length imaging studies, orthopaedic, and cross-table exams, and is designed to accommodate advanced imaging applications in the future.

DRX-Ascend imaging systems are installed at two Carle outpatient clinics in Danville, Ill. Like the DRX-Evolution Plus, the DRX-Ascend offers an elevating float-top table and accommodates patients ranging from children to adults and patients who use wheelchairs. A rotating detector tray for both the table and wall stand allows for quick and controlled manual portrait/landscape rotation of the DRX detector without lifting it out of the tray.

“Both imaging platforms also offer a multi-color touch screen on the tube stand for generator control and image preview within the exam room, which boosts productivity and convenience for both patients and technologists,” says McCord.

Carestream DRX detectors can be used with any DRX system to help deliver flexibility and radiology productivity. Carestream’s table also lowers to a height of about 21 inches, which is helpful in imaging ill or injured patients. 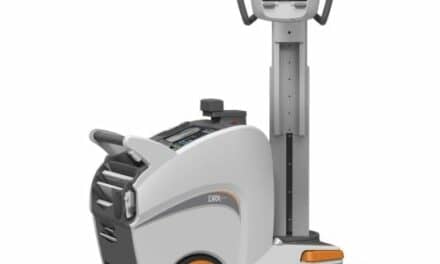