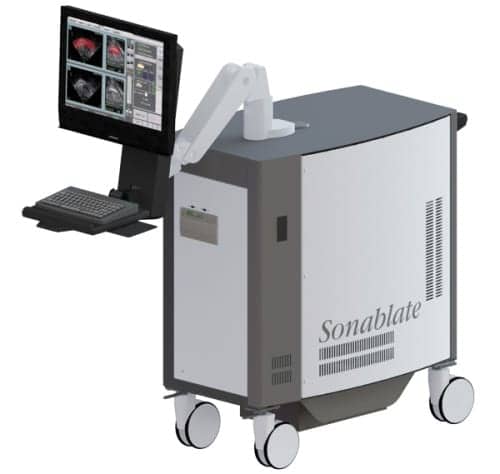 According to the announcement, Klinik für Prostata Therapie customized their system with Sonafuse Profuse, which fuses a previously obtained magnetic resonance image with live ultrasound during the HIFU procedure. This allows the visualization of regions of abnormality visible with MRI but not normally visible with ultrasound during the procedure for targeted treatment. The fusion program is based on Artemis Profuse software from Eigen, according to the company, one of three SonaCare Medical fusion partners that provide seamless integration with physicians’ targeted biopsy systems.

“As the first clinic in Germany to have implemented minimally invasive methods to treat prostate cancer, we are looking forward to continuing on our mission to make prostate cancer treatment in Germany and all of Europe gentler and more disease focused,” said Martin Löhr, MD, a partner and urologist at the clinic. “For the appropriate patient group, focal therapy has shown effective cancer control with a minimal side effect profile.”

Together with SonaCare Medical’s distributor, Dr Sennewald Medizintechnik, the clinic intends to establish a HIFU demonstration center that will serve physicians and patients from Germany and central Europe. Experienced users like Dr Löhr and his colleagues will serve as coaches for physicians interested in learning about therapeutic ultrasound and focal therapy.

For more information about the Sonablate technology, visit the SonaCare Medical website.